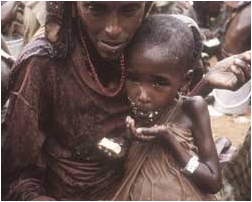 In the war on terror, imminent catastrophe is taken for granted yet endlessly postponed. The loop between the present and the future is closed.

In Minority Report, the Steven Spielberg film based on a Philip K. Dick story, three humans, through monstrous scientific experiments, have acquired the capacity to foresee the future. The police employ these clairvoyants to arrest criminals before they commit their crime. (The “minority report” from the title refers to those rare cases where one of these clairvoyants disagrees with the others about a crime to be committed.) If one transposes this premise to international relations, does one not get an accurate picture of the Bush (or, rather, Cheney) doctrine now publicly declared as the official U.S. “philosophy” of international politics?

As detailed in the 35-page paper, “The National Security Strategy of the United States of America,” issued by the White House on September 20, the doctrine’s main points are: 1) American military power should remain “beyond challenge” in the foreseeable future; 2) since the main enemy today is an “irrational” fundamentalist who, in contrast to the communists, lacks even the elementary sense of survival and respect for his own people, America has the right to “pre-emptive” strikes; 3) while the United States should seek ad hoc international coalitions for such attacks, it reserves the right to act independently without international support.

So while the United States presents its domination over other sovereign states as grounded in a benevolent paternalism that takes into account the interests of other states, it reserves for itself the ultimate right to define its allies’ “true” interests. Even the pretense of a neutral international law is abandoned, since, when the Americans perceive a potential threat, they formally ask their allies to support them. But the allies’ agreement is optional; the underlying message is always, “We will do it with or without you.” You are free to agree, but not free to disagree. The Bush doctrine reproduces the old paradox of the forced choice: the freedom to make a choice on condition that one makes the right choice.

The United States was displeased with Gerhard Schröder last September, when he won re-election largely thanks to his firm stance against the American military intervention in Iraq, because he did what a normal politician in a functioning democracy and a leader of a sovereign state would do. He agreed that the Iraqi regime is a threat, but he disagreed with the way the U.S. government proposed to deal with that threat—thereby stating an opinion shared not only by majorities in Germany and many other states, but also by a considerable percentage of the American people and Congress. Schröder’s skepticism was a real-life “minority report” signaling his disagreement with the way others saw the future—and thus he was the first to get the full taste of the Bush doctrine.

We all remember the MAD (“mutually assured destruction”) logic elaborated at the height of the Cold War. From our retrospective view, the MAD logic cannot but appear relatively rational today. Back in the ’70s, the American nuclear strategist Bernard Brodie pointed out how this logic effectively functioned. In short, MAD worked not because it was perfect, but on account of its very imperfection. The perfect strategy (if one side nukes the other, the other will automatically respond, and both sides will thus be destroyed) had a fatal flaw: What if the attacking side counts on the fact that, even after its first strike, the opponent continues to act as a rational agent? His choice is now: With his country mostly destroyed, he can either strike back, thus causing total catastrophe, the end of humanity, or not strike back, thus enabling the survival of humanity and at least the possibility of a later revival of his own country. A rational agent would choose the second option.

The problem with today’s Bush doctrine is that it leaves no room for the “realistic” possibility of chance or the unforseen that sustained the MAD doctrine. The Bush doctrine instead relies on the violent assertion of the paranoiac logic of total control over some future threat, and pre-emptively strikes against it. Such an approach in today’s universe is patently inept. The loop between the present and the future is closed: The prospect of a breathtaking terrorist act is evoked in order to justify incessant preemptive strikes now. The state in which we now live, in the “war on terror,” is one of the endlessly suspended terrorist threat: The catastrophe is taken for granted, yet endlessly postponed—whatever will actually happen, even if it will be much more horrible than 9/11, will not yet be that. The true catastrophe already is this life under the shadow of the permanent threat of catastrophe.

Terry Eagleton recently drew attention to two opposed modes of tragedy. The first is the big, spectacular catastrophic event, the abrupt irruption from some other world; the second, the dreary persistence of a hopeless condition, the blighted existence that goes on indefinitely, life as one long emergency. This is the difference between the big First World catastrophes like 9/11 and the dreary permanent catastrophe of, say, Palestinians in the West Bank. The first mode of tragedy, the figure against the “normal” background, is characteristic of the First World, while in much of the Third World, catastrophe designates the all-present background itself.

And this is how 9/11 effectively functioned: As a catastrophic figure that made us, in the West, aware of the blissful background of our happiness, and of the necessity to defend it against the foreigners’ onslaught. It followed Chesterton’s principle of conditional joy: To the question “Why this catastrophe? Why couldn’t we be happy all the time?” the answer is “And why should we be happy all the remaining time?” September 11 served as a proof that we are happy and that others envy us this happiness.

Along these lines, one should risk the thesis that, far from jolting the United States from its ideological sleep, 9/11 was used as a sedative enabling the hegemonic ideology to “renormalize” itself. The period after the Vietnam War was one long trauma for the hegemonic ideology—it had to defend itself against critical doubts, the gnawing worms were continuously at work and couldn’t be simply suppressed, every “return to innocence” was immediately experienced as a fake … until 9/11, when the United States was a victim and thus allowed to reassert the innocence of its mission. Far from awakening us, 9/11 served to put us to sleep again, to continue our dream after the nightmare of past decades.

The ultimate irony here is that to restore the innocence of American patriotism, the conservative U.S. establishment mobilized the key ingredient of the politically correct ideology that it officially despises: the logic of victimization. Relying on the idea that authority is conferred (only) on those who speak from the position of the victim, it reasoned: “We are now victims, and it is this fact that legitimizes us to speak and act from the position of authority.” So today, when we hear the refrain that the liberal dream of the ’90s is over, that, with the attacks on New York and Washington, we were violently thrown back into the real world, that the easy intellectual games are over, we should remember that such a call to confront harsh reality is ideology at its purest. Today’s “America, awaken!” is a distant call of Hitler’s “Deutschland, erwache!” which, as Adorno wrote long ago, meant its exact opposite.