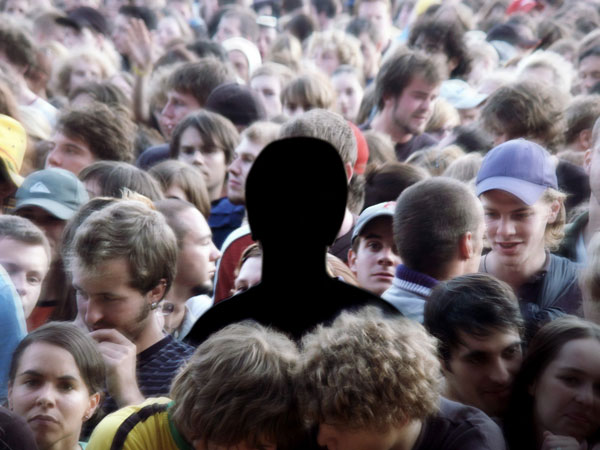 Looking for the man at liberty to love himself above all else.

Tea Party populism and the return of Social Darwinism.

One thing is certain about this fall’s election: The field upon which American politics will play out is a populist one.

Populism has long been part of the American political tradition, dating at least to the political ascent of Andrew Jackson in the 1820s. Its appeal is deceptively simple. The details vary but populism’s basic, urgent message remains the same: The game has been rigged by a small group of powerful people, and something must be done. Now.

What makes the current moment so rare is that both left- and right-wing populism have surfaced at the same time. Which side’s message wins out may determine the trajectory of the next era in American political life.

With its recent national convention and the emergence of a de facto leader in Sarah Palin, the Tea Party movement has sent waves of populist energy through the American electorate. The movement’s agenda is not yet fully formed, and it consists mostly of a vitriolic disdain for the Obama administration. Much work lies ahead in terms of developing its message, logic, strategy, tactics and constituency.

But if the Tea Party is a young movement finding its footing, its ideological underpinning is old indeed. The right-wing populism manifested in the movement is essentially the same old Social Darwinism that became a kind of sacred truth in American society in the second half of the nineteenth century.

Modern American conservatism formed in the early years of the Cold War, when New Deal liberalism seemed triumphant. Though it has many tributaries, the mainstream movement consists of several core ideas: that societies are ordered in classes based on divine intent and/or personal responsibility; that property and freedom are inseparable; that markets should be unfettered from government regulation; that traditions must be adhered to for social stability; and that societies should evolve slowly.

All of modern conservatism’s founders articulated these principles in their writings. Perhaps the most influential work in conservatism’s late-twentieth-century ascent was Barry Goldwater’s The Conscience of a Conservative, published in 1960. But one of the original progenitors of contemporary social and political conservative thought–William Graham Sumner (1840-1910)–is nowhere to be found in lists of modern conservatism’s canonical texts. The reason is simple. His philosophy is so harsh and reactionary that to embrace it openly would be political suicide. Nonetheless, his ideas are everywhere in the right-wing populism that has gained ground during the last year.

Sumner believed that the fundamental law of the universe was survival of the fittest. So progressivism or socialism or any ideology that aimed to “save individuals from any of the difficulties or hardships of the struggle for existence” was pure folly. Like today’s right-wing populist revolt, Sumner’s brand of Social Darwinism propagated an unabashed but seamless defense of two groups that would seem to be at odds: the Captain of Industry and the Forgotten Man.

For Sumner, both of these figurative “men” had more to fear from the paternal state than they did from each other. Take the Captain of Industry. For Sumner, society depended on the creation of individual wealth; thus, social advancement for all depended on the financial abilities of the few. “If we should set a limit to the accumulation of wealth,” he wrote, “we should say to our most valued producers, ‘We do not want you to do us the services which you best understand how to perform, beyond a certain point.’ It would be like killing off our generals in a war.”

Sumner believed hereditary wealth was a product of the laws of nature as well, and he defended it vigorously. Since the millionaire and his offspring were responsible for enriching their communities through their wealth production, personal wealth had to stay in the family. To do otherwise was a state-sponsored assault on personal liberty.

But if Sumner strongly defended the wealthy, his defense of the Forgotten Man–who prizes liberty, not wealth, above all–was equally fervent. “It is plain enough that the Forgotten Man and the Forgotten Woman are the very life and substance of society,” he wrote. “They are the ones who ought to be first and always remembered. They are always forgotten by sentimentalists, philanthropists, reformers, enthusiasts, and every description of speculator in sociology, political economy or political science.”

A free man in a free state had only one major duty, according to Sumner: “to take care of his or her own self. That is a social duty.” If one could not take care of oneself, that was of no consequence to others.

The road to Sarah Palin

The New Deal was about many things, but at its core it sought to rearrange the relationship–formed in the Gilded Age of the late-nineteenth century–between the government, the Forgotten Man, and the Captain of Industry. With the help of an economic crisis, Franklin D. Roosevelt convinced Americans that government intervention was necessary to curb the Captain of Industry’s greed and irresponsibility.

Over the last four decades, conservatives have successfully mounted a counter-argument to this New Deal narrative. The key to their success has been Sumner’s Forgotten Man, the same mythical figure that Tea Partiers have been fighting for. The left underestimates the power of their grievances at its peril.

In the world according to Tea Party protesters, poverty is not about the structural deficiencies of capitalism; it is about personal idleness and extravagance. Welfare is not about alleviating poverty; it is about doing away with a government handout that breeds dependency. Gay marriage is not about “equal rights”; it is about government telling you what values you should be compelled to uphold. The estate tax on the super-rich is not about the fair redistribution of wealth; it is a final assault–a “death tax”–on the liberty of the dearly departed.

In their world, the Forgotten Man and Woman are constantly (in Sumner’s words) “threatened by every extension of the paternal theory of government.” This is the logic of Sumner’s Social Darwinism. Its broad appeal lies in an elegant simplicity: government always crushes the individual’s liberty.

Conventional wisdom holds that Barack Obama is not a natural populist, that this cerebral former law professor doesn’t know how to push populist buttons. That may be true. But Obama understands that for decades the American public has been fed a steady diet of Sumner’s Social Darwinism. Today, fewer Americans trust government than at any point in modern history–and this is after a financial meltdown. Making the case that government can be trusted to stand between the Forgotten Man and the corporate raiders who caused this mess is not easy. After a year in which the discussion turned on government intervention in many aspects of American society, it was only a matter of time before we saw the return of Social Darwinism.

Despite Americans’ lack of trust in government, Obama and his supporters should take comfort in two things. First, whether or not they believe that government actually works, the overwhelming majority of Americans believe that government should solve big problems. The doctrine of “mind your own business” is so far out of the mainstream today that few could imagine government not involved in social welfare programs like education and healthcare. The era of big government is here to stay.

Second, those New Deal policies that were directed at FDR’s “forgotten” men and women eventually created the biggest middle class in the history of human civilization. Though it has lost ground, the middle class is also here to stay. Defeating Social Darwinism means framing every policy decision around that class. Doing so will require more left-leaning populism from this president. He must persuade Americans that all the taken-for-granted fundamentals of modern middle-class life–healthcare, home mortgages, college education for the kids, etc.–are jeopardized by the power and greed of the new Captains of Industry.

To move the country forward, in other words, Obama must learn from the battles that FDR fought in the 1930s. Today, the stakes are just as high and the challenges are just as great. There is hope to be found in this fact: FDR’s successes created the most prosperous three decades in American history. Obama can do the same. But where there is a way, there isn’t necessarily a will. Time will tell.

Christopher Malone teaches political science at Pace University in New York. He is the author of Between Freedom and Bondage: Race, Party and Voting Rights in the Antebellum North (Routledge, 2008).