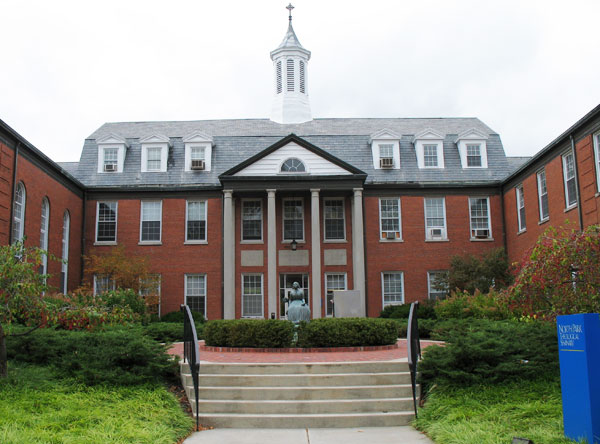 An Assault on Academic Freedom?

Students say an evangelical university in Chicago showed a professor the door because of his views on Palestine and the Christian right.

Hundreds of letters began pouring into North Park President David Parkyn's office from students and donors asking why Wagner had been fired.

CHICAGO–As North Park University students returned home for summer break last year, many of them heard a disturbing piece of gossip: Don Wagner, a popular Middle-Eastern studies professor, would be fired the following year–in May 2010–after teaching at the Chicago school for 15 years. Rumors circulated that the decision, made without any student input, was due to his outspoken views on Palestine and Israel.

An activist for Palestinian human rights, Wagner, director of North Park’s Center for Middle Eastern Studies (CMES), was popular with students but controversial within the evangelical Christian university’s larger community. School administrators have cited financial pressures as the reason for Wagner’s departure, but from the beginning many students–and some faculty members–believe his position was eliminated because of his political views.

In a June 2009 e-mail, students learned that CMES, founded by Wagner in 1995, would be absorbed into a “collaboratory” beginning in the fall. The new entity, a one-stop-shop of sorts for North Park’s cultural centers’–including centers for African-American, Korean, Scandinavian and Middle Eastern studies–would employ “faculty fellows,” rather than directors of centers. Wagner, who became a fellow at the “collaboratory” for the 2009-10 academic year and no longer works at the school, declined an interview with In These Times.

Student leaders and faculty members started a petition—which eventually had more than 500 signatures, including some from members of North Park’s board of trustees—to rehire Wagner as an adjunct professor. But on May 18, after negotiations with faculty members, North Park announced that it would not rehire Wagner. Spanish Professor Cherie Meacham helped lead the push to rehire Wagner, and wrote in an e-mail to In These Times that North Park alumni agreed to fund Wagner’s salary, but President David Parkyn and other administrators declined to hire him.

“The faculty and students who have done everything possible over the last year to avoid this outcome are in a state of mourning,” Meachman wrote. “We have lost the presence of a gifted colleague, professor, mentor and friend who in every way epitomizes our best efforts toward being a truly multicultural, urban and Christian campus.”

North Park is the only evangelical Christian university in the United States with a center for Middle Eastern studies; the fact that its director questioned the United States’ alliance with Israel made it all the more unusual. As director, Wagner organized lectures, taught classes and brought one Palestinian student to North Park each year, says Lukas Dahlstrom, a former vice president of North Park’s student association. Wagner’s books include Anxious for Armageddon and Dying in the Land of Promise: Palestine and Palestinian Christianity from Pentecost to 2000.

In a 2003 article titled “The Evangelical-Jewish Alliance,” originally published in the journal The Christian Century and available at Religion-Online.org, Wagner wrote that “[m]uslims and other non-Jewish religious minorities in the U.S. have no standing with the Christian right; indeed, Christian Zionists are openly hostile toward Islam.” He criticized the Christian right for pro-Israel views loosely rooted in scripture.

Students say Wagner has paid for his outspokenness before. Five years ago, he was not awarded tenure, a decision many of his students say was related to his political views. (Parkyn wrote in an e-mail to In These Times that he “was not at North Park during that time and does not have a good handle on the details which surrounded that process.”)

Katie Cavallo, a student of Wagner’s who graduated from North Park this month, decided to challenge Wagner’s impending departure. In May 2009 she created a Facebook group called “Help Keep Don Wagner at North Park!” which quickly grew. Eve Adams, a former student of Wagner’s who is Jewish, wrote on Facebook in support of the academic: “As one of about a dozen Jews who have ever attended North Park, I found myself in distinct disagreement with Dr. Wagner in just about every classroom setting–and I have the utmost respect for him and his opinions.”

Hundreds of letters began pouring into Parkyn’s office from students and donors asking why Wagner had been fired, and why CMES was effectively being dissolved. Throughout the entire process, according to each student interviewed for this article, no one within the administration would say more than that Wagner’s firing was due to “financial” reasons.

Sara Peck, a spring 2010 In These Times editorial intern, is a Northwestern University student studying journalism and political science.