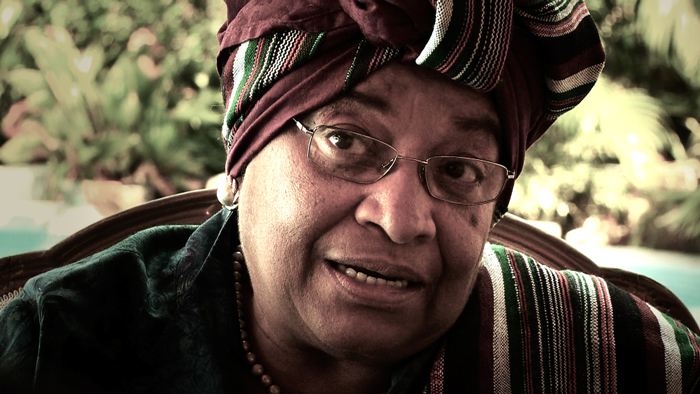 Liberia is saved, but the predators are not done.

Yesterday, the financial vultures, the carcass-chewers who were preying on the dirt-poor African nation of Liberia, gave up.

We got’m. I can hardly believe it.

Yesterday, the financial vultures, the carcass-chewers who were preying on the dirt-poor African nation of Liberia, gave up.

Refresher: In February, for BBC Television Newsnight and In These Times, our team hunted down a predator with a Ph.D., Dr. Eric Hermann, who, for a couple pennies on the dollar, secretly bought the right to collect a $6 million debt owed by Liberia.

Hermann and his flock of vulture partners demanded Liberia pay $43 million–a devastating sum for that nation–or he would, in effect, block aid funding for that nation’s recovery from civil war. The nation was now Hermann’s economic hostage.

I was investigating the strange links between Hermann and a company named Hamsah Investments; it smelled of fraud. Tipped off that I was about to arrive with a camera crew to question Hermann about this, his giant hedge fund operation in Harrison, N.Y., unbolted the company signs from the office building wall, locked their office doors and required their staff to hide inside in silence.

I took the information to Liberia’s President Ellen Sirleaf and public worldwide via BBC. Within two days, Britain’s Parliament voted to stop vultures from using poor nations to collect in UK courts.

Congressman John Conyers (D-Mich.), hearing our first report on vultures in 2007, personally confronted George Bush in the Oval Office demanding he put an end to the ransom demands of the vultures—who happened to be the Republican Party’s top donors.

Bush did nothing, of course, but governments from Britain to Germany to Holland closed the courtroom doors on the vultures.

So “Hamsah”–or is that Dr. Hermann?–gave up. Hamsah and its mystery partner called “Wall Capital” are agreeing to accept about 3 percent of the $43 million they demanded, we learned this week.

Liberia is saved, but the vultures are not done. The number one donor to the Republican Party in New York, Paul Singer, is demanding $100 million from the Congo (Brazzaville); and his fellow vultures are still circling, looking for carcasses of nations devastated by war or famine or corruption.

But as this year’s Festival of Light—Chanukah—approaches, we have a true miracle to celebrate. This is a rare moment in which investigative reporting and public revulsion made a difference in this cruel.

And I am happy to report: Vulture tastes like chicken.