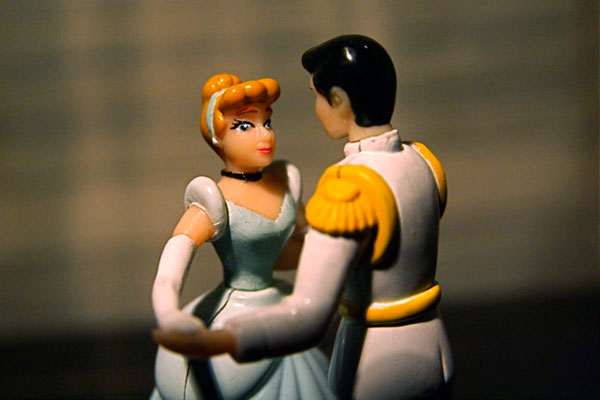 The toy and media industries have turned girls into “hypergendered” consumers.

In November, the Senate, by a vote of 58 to 41, rejected the Paycheck Fairness Act, a bill that would have remedied pay disparities between men and women. What better time to examine the life for which young girls are being groomed?

As any parent who has raised both boys and girls knows, even the most strenuous efforts to keep academic, social and economic expectations equal are undermined by the outside world. Men have privileges: better pay, easier entrée to every field except teaching and nursing. (And people with privileges–men and women–are as a rule loath to relinquish them.) Undergirding those privileges lies a set of gender expectations, a stereotype of femininity that can drive a fair-minded parent, like Peggy Orenstein, wild. As Orenstein recounts in her new book, Cinderella Ate My Daughter (January, HarpersCollins), from the time they can walk young girls are in thrall to a consumer market intent on transforming them into sexualized princesses.

Orenstein, a journalist, interweaves her reporting on the princess marketing phenomenon with the story of how her daughter Daisy responds to it from the ages of three to five.

The toy and media industry executives that Orenstein interviews defend their products and their role hawking them. She talks with former Nike executive Andy Mooney “who rode into Disney on a metaphoric white horse to rescue its failing consumer products division.” Mooney, she writes, “had flown to Phoenix to check out a ‘Disney on Ice’ show and found himself surrounded by little girls in princess costumes. Princess costumes that were–horrors!–homemade. How had Disney overlooked such a massive branding opportunity?” The rest is marketing history. The Disney princess line of clothes, toys, dolls, games and make-up was launched. With this story, Orenstein connects our veneration of market economics and the subjugation of women to market-fueled stereotypes.

Orenstein writes that “the pink fairy-princess megatrend” reinforces “narcissism and materialism as the hallmarks of feminine identity,” and leads girls to “define individuality entirely through appearance and consumption.” She documents how this new “hypergendered childhood” is deleterious, helping her book transition from something that sounds at times a bit too glib into the precincts of cultural history, with not-infrequent zingers: “Any day now, I had muttered to myself, they’ll come out with Cinderella tampons.”

But if the scientists she quotes are right, and nurture becomes nature, then the vast, omnipresent, princess-fairy marketing machine is frighteningly insidious. She quotes the feminist whose web headline reads: “How Many 8-Year-Olds Have to Get Bikini Waxes Before We All Agree the Terrorists Have Won?”

Those babies with bikini waxes belong to what Orenstein calls KGOY–kids getting older younger. That phenomenon brings to mind the senex puer or “old child” of both ancient lore and more recent literature, as in the novels of Charles Dickens. Orenstein does not refer to the senex puer per se, but she describes the type. Old children do not play, instead they comport themselves with the assumption that they should be treated as adults. The senex puer signals imperial civilization in decline, a corrupt culture in which childhood has been commercialized and destroyed. Orenstein makes a convincing case that we are deep into this darkness.

Cinderella Ate My Daughter is a useful how-not-to handbook for anyone raising a little girl. Observing Hannah Montana and the other child pop celebrities who populate the media, Orenstein writes, “You cannot commodify a girl’s virginity, without eventually commodifying what comes after.” She then proceeds to skewer the “virgin/whore cycle of the pop princess,” so many of whom crown careers as tween idols by posing nude in glossy magazines. Orenstein cautions us parents to stop our daughters and granddaughters “from playing Sesame Street Walker.”

The flip side of this, for girls who are not by market standards attractive, is a “pathology of self-loathing” that at its worst leads to anorexia, bulimia and early death. Quite a choice! And a choice, as Orenstein observes in an aside, that is mirrored in the different ways the media treated former beauty queen Sarah Palin and hopelessly middle-aged Hillary Clinton. Palin was dubbed “America’s Hottest Governor,” while Clinton was portrayed as a less-than-dazzling policy wonk.

To anyone with a twinge of feminism, this was nauseating. Yet the people–mostly men–who control the corporate media set the tone of our national political conversation are unperturbed by any such twinges. They make a lot more money than your average female taxpayer and are quite comfortable with a Congress that votes down bills to adjust pay disparities as it continues the Bush tax cuts for the rich. In fact, their views are perfectly of a piece with those steadily force-fed to little girls: For a woman, looks are everything–and, above all, for sale.