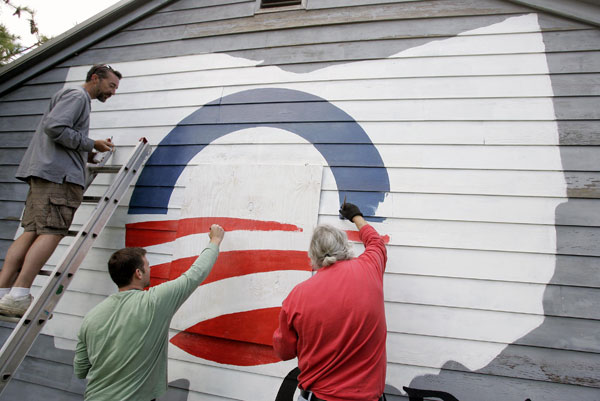 If progressive don’t realize how much they’ve been had by President Obama, they are “f—ing retarded.”

In 2009, then-White House Chief of Staff Rahm Emanuel infamously said that progressives are “fucking retarded.” Lately I’ve begun to think he was correct–though not for the same reasons as Emanuel, who thought that progressives held unrealistic expectations for his boss, President Barack Obama. Progressives are retarded because they had those expectations for Obama to begin with, and poured so many of their hopes and aspirations–not to mention dollars–into electing him.

Sure, Obama was way better than his opponent John McCain, though it was always questionable–and still is–whether Obama was going to be better than Hillary Clinton. But the course of progressives’ “relationship” with Obama–from infatuation to letdown to spurned–shows a bewildering level of “drink the Kool-Aid” naiveté on the part of some otherwise sharp people. How could this have happened? Are there lessons to be learned for the future?

During the presidential campaign, while Obama deployed the lofty rhetoric and vision in his speeches that became his stock in trade, some of us were pointing out that there was nothing in this former state senator and then-U.S. Senator’s unremarkable record that indicated he was a strong or reliable progressive. Sometimes he had progressive tendencies, other times not. A friend of mine from Chicago who had Obama as a law professor presciently predicted that an Obama administration would be characterized by “ruthless pragmatism,” not progressive idealism.

But many progressives believed, quite fervently, that in the course of finding that ruthless pragmatism, Obama would cleverly figure out how to lean strongly progressive. There was always a nod and a wink coming from the Obama movement that seemed to say, “Don’t worry, he’s more progressive than he’s revealing. That’s what you have to do to get elected president in the United States.” When some of us continued to express doubts, these Panglosses got upset. Very upset. “It’s time to get on board,” they said. And I felt like Bongo, the one-eared rabbit in Matt Groening’s Life in Hell cartoon, shut up and gagged in a detention room.

How can so many brilliant people have fallen for so much hokum? That question is not an easy one to answer. Perhaps at some point Arianna Huffington, Robert Kuttner, Michael Moore and other left-ish pundits will engage in a bit of self-criticism and enlighten us as to how they were hoodwinked so easily. Because here’s my fear: Progressives don’t seem to be learning from their mistakes. Right before Obama’s inauguration, Huffington wrote, “Now, more than ever, we must mine the most underutilized resource available to us: ourselves… It is not just the Bush Years that should be over on January 20, but also the expectation that a knight in shining armor will ride into town and save us while we cheer from the sidelines. Even if the knight is brilliant, charismatic and inspiring. It’s up to us–We the People.”

Yet that’s exactly what so many did–they invested their hopes and aspirations, their passion, activism and money, in a shining knight for whom there was scant evidence of his progressivism or legislative accomplishments. Was it their desperation to see the GOP run out of town and the Bush legacy overturned? And the Clintons too? Was it their desire to see an African American elected president? Kuttner, author of Obama’s Challenge: America’s Economic Crisis and the Power of a Transformative Presidency and co-founder of The American Prospect, wrote about a friend who said, “I so wanted to be supportive of a great progressive president this time instead of being back in opposition.”

So does the despondency of the struggle explain progressives’ massive miscalculation? How do they account for the stunning failure of their leadership? It is time for some major self-criticism within the progressive movement, especially among its leadership. At the very least, we should note how the “netroots” failure to keep its knight galloping in the right direction shows the stark limitations of a movement that does not have a strong enough ground component.

Yet a progressive future is not only contingent on a genuine grassroots movement. Structural political reforms are needed for that movement to transmit change through government at all levels. We would never have had this latest meltdown of our economic system if our political system had not melted down first. The two-party system is sclerotic. As Obama’s presidency shows, more than ever, there is no room for progressives at the table of highest political power. The reason for this is that the rules of the game that elect our representatives actually hurt progressives.

A truly democratic electoral (and thus political) system would include:

• Direct election of the president (abolition of the electoral college).

Together these measures would serve to both expand the electorate and broaden representation in our legislatures.

What progressives should learn from the last three years is that the current electoral rules don’t allow them to earn and own their place at the table; instead progressives have to wait to be invited there by their Democratic gatekeepers. And those gatekeepers are plainly happy to accept your votes and money–but that’s all.

The European Greens are the best example of what progressives could accomplish with a real democracy. With proportional representation, public financing of campaigns, free media time for campaigns and universal voter registration, the Greens are able to consistently win their own representation in the legislatures even though they often don’t break 10 percent of the popular vote. Nevertheless, they get their fair share of seats, and are present in the legislature and in the media and in the important debates of their time.

Through this very presence, the Greens have managed to push the political spectrum in their direction to the point where even the conservative parties in Europe today are “greener” than the U.S. Democratic Party. Despite some alarming right-wing swings in the U.K. and France, the European political spectrum is where American progressives would love to be. That’s because Europeans have real and functioning democracies, and not the half-baked version that Americans suffer with today.

At the very least, we can thank Obama for drawing the lines in the sand so clearly and starkly. At this point, any progressive leader who does not pursue political reform relentlessly is a faux leader, and she or he should get off the stage and hand over the microphone to someone else. It’s time for a change of leadership in the progressive movement to those who understand these harsh realities. Because the only thing worse than the steep upward climb ahead is when certain leaders take us up the wrong dead-end trail. Unfortunately, that’s what just happened.

If progressives can’t figure this out and get started on the tough hard slog of political reform, I can only conclude that, truly, Rahm Emanuel was right.