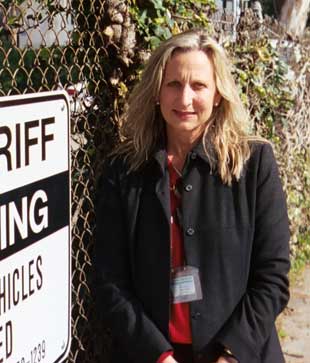 A School Behind Bars

“There are a lot of teachable moments,” says Mary O’Mara, director of Five Keys Charter School in San Francisco. Launched in September 2003, Five Keys is the first—and, at this point, only—charter school inside a prison. The school’s name is used to remind students of the importance of education, employment, family, community and recovery.

Five Keys is designed to catch its students as they move through the system. Men and women age 18 and up take classes toward a high school diploma in two San Francisco County jails and one post-release site. The student-prisoners typically are in these locations for a short time—90 days on average—awaiting sentencing or release. “In our first 40 days we had 850 students, and only 62 were there for the entire 40 days,” O’Mara says.

O’Mara, a former middle school and kindergarten teacher at private schools in affluent Marin County, was selected as the school’s leader last year, when the San Francisco County Sheriff’s Department was looking to start a charter school.

“Opening any charter school is a big undertaking, but this is even more so,” she says. Still, she’s hopeful that Five Keys’ success will serve as a model for others. “We’re working hard to create this so that it can be replicated.”

Why develop an entire school and not just a math class or a writing class? Those have been done before and would seem, well, easier to do.

Basically the vision for this school is from Michael Hennessey, the sheriff. His vision was to have the students actually obtain a high school diploma, not have a smattering of educational classes, but actually to get inspired in jail to get a high school diploma as a tool to move forward. So that’s the goal of the school, not just to provide literacy. We have a large range of abilities in our population, so we try to meet the needs of anyone [in the jails] who doesn’t have a high school diploma.

How do you decide on a curriculum for such a varied student population?

We offer the core high school courses, and then we have [students’] transcripts, which help us select courses for the students in order for them to meet their academic goals.

We also have a literacy-based class, because we’ve identified about 26 students who read below fifth-grade level, so we have a learning specialist who chooses the curriculum and works with the instructor in that class. A couple of students don’t read; they’re illiterate. So we have the full range of students.

We have the same [academic] requirements as the San Francisco school district. As [our students] complete grades we add it to their transcript. And we have a post-release site so when they come out of jail they can go there and continue their education or go on to community college or another educational opportunity, depending on the student.

Some might say your students already had their chance to go to school like everyone else. Why give them second, third, fourth—and in some cases fifth and sixth—chances?

What’s the alternative? The alternative is that they go back and repeat the same cycle of behavior. And they end up in the same place. So this is an opportunity for them. This is the time for them to make a difference.

And a lot of these students were dropouts. The school system did not serve them. A lot of our students have learning issues that were never diagnosed. A lot of them come from very difficult family situations, difficult neighborhoods, and weren’t given the opportunities that other students have had.

So in some ways it’s really society’s responsibility, I feel, to try and meet the needs of these very important citizens—because they will come back out into your community, and my community.