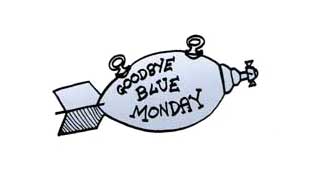 I am writing this before the election, so I cannot know whether George W. Bush or John F. Kerry will be our President, God willing, for the next four years. These two Nordic, aristocratic multi-millionaires are virtually twins, and as unlike most of the rest of us as a couple of cross-eyed albinos. But this much I find timely: Both candidates were and still are members of the exclusive secret society at Yale, called “Skull and Bones.” That means that, no matter which one wins, we will have a Skull and Bones President at a time when entire vertebrate species, because of how we have poisoned the topsoil, the waters and the atmosphere, are becoming, hey presto, nothing but skulls and bones.

What was the beginning of this end? Some might say Adam and Eve and the apple of knowledge. I say it was Prometheus, a Titan, a son of gods, who in Greek myth stole fire from his parents and gave it to human beings. The gods were so mad they chained him naked to a rock with his back exposed, and had eagles eat his liver.

And it is now plain that the gods were right to do that. Our close cousins the gorillas and orangutans and chimps and gibbons have gotten along just fine all this time while eating raw vegetable matter, whereas we not only prepare hot meals, but have now all but destroyed this once salubrious planet as a life-support system in fewer than 200 years, mainly by making thermodynamic whoopee with fossil fuels.

The Englishman Michael Faraday built the first dynamo, capable of turning mechanical energy into electricity, only 173 years ago. The first oil well in the United States, now a dry hole, was drilled in Titusville, Pennsylvania, by Edwin L. Drake only 145 years ago. The German Karl Benz built the first automobile powered by an internal combustion engine only 119 years ago.

The American Wright brothers, of course, built and flew the first airplane only 101 years ago. It was powered by gasoline. You want to talk about irresistible whoopee?

Fossil fuels, so easily set alight! Yes, and as Bush and Kerry are out campaigning, we are presently touching off nearly the very last whiffs and drops and chunks of them. All lights are about to go out. No more electricity. All forms of transportation are about to stop, and the planet Earth will soon have a crust of skulls and bones and dead machinery.

And nobody can do a thing about it. It’s too late in the game. Don’t spoil the party, but here’s the truth: We have squandered our planet’s resources, including air and water, as though there were no tomorrow, so now there isn’t going to be one.