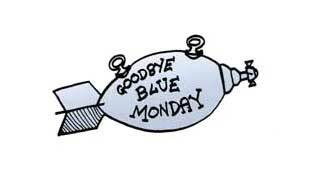 I am writ­ing this before the elec­tion, so I can­not know whether George W. Bush or John F. Ker­ry will be our Pres­i­dent, God will­ing, for the next four years. These two Nordic, aris­to­crat­ic mul­ti-mil­lion­aires are vir­tu­al­ly twins, and as unlike most of the rest of us as a cou­ple of cross-eyed albi­nos. But this much I find time­ly: Both can­di­dates were and still are mem­bers of the exclu­sive secret soci­ety at Yale, called ​“Skull and Bones.” That means that, no mat­ter which one wins, we will have a Skull and Bones Pres­i­dent at a time when entire ver­te­brate species, because of how we have poi­soned the top­soil, the waters and the atmos­phere, are becom­ing, hey presto, noth­ing but skulls and bones.

What was the begin­ning of this end? Some might say Adam and Eve and the apple of knowl­edge. I say it was Prometheus, a Titan, a son of gods, who in Greek myth stole fire from his par­ents and gave it to human beings. The gods were so mad they chained him naked to a rock with his back exposed, and had eagles eat his liver.

And it is now plain that the gods were right to do that. Our close cousins the goril­las and orang­utans and chimps and gib­bons have got­ten along just fine all this time while eat­ing raw veg­etable mat­ter, where­as we not only pre­pare hot meals, but have now all but destroyed this once salu­bri­ous plan­et as a life-sup­port sys­tem in few­er than 200 years, main­ly by mak­ing ther­mo­dy­nam­ic whoopee with fos­sil fuels.

The Eng­lish­man Michael Fara­day built the first dynamo, capa­ble of turn­ing mechan­i­cal ener­gy into elec­tric­i­ty, only 173 years ago. The first oil well in the Unit­ed States, now a dry hole, was drilled in Titusville, Penn­syl­va­nia, by Edwin L. Drake only 145 years ago. The Ger­man Karl Benz built the first auto­mo­bile pow­ered by an inter­nal com­bus­tion engine only 119 years ago.

The Amer­i­can Wright broth­ers, of course, built and flew the first air­plane only 101 years ago. It was pow­ered by gaso­line. You want to talk about irre­sistible whoopee?

Fos­sil fuels, so eas­i­ly set alight! Yes, and as Bush and Ker­ry are out cam­paign­ing, we are present­ly touch­ing off near­ly the very last whiffs and drops and chunks of them. All lights are about to go out. No more elec­tric­i­ty. All forms of trans­porta­tion are about to stop, and the plan­et Earth will soon have a crust of skulls and bones and dead machinery.

And nobody can do a thing about it. It’s too late in the game. Don’t spoil the par­ty, but here’s the truth: We have squan­dered our planet’s resources, includ­ing air and water, as though there were no tomor­row, so now there isn’t going to be one.

Kurt Von­negut, the leg­endary author, WWII vet­er­an, human­ist, artist and smok­er, was an In These Times senior edi­tor until his death in April 2007. His clas­sic works include Slaugh­ter­house-Five, Break­fast of Cham­pi­ons and Cat’s Cra­dle, among many oth­ers. The last book by him pub­lished before his death, A Man With­out a Coun­try (2005), col­lects many of the arti­cles he wrote for this magazine.
Have thoughts or reactions to this or any other piece that you'd like to share? Send us a note with the Letter to the Editor form.
More articles by Kurt Vonnegut
Feature
Ode To America’s Freshwater People
On Abraham Lincoln, Carl Sandburg, Mrs. O'Leary's cow, and other Midwesterners.
Feature
Your Guess Is as Good as Mine
Dispatch
Susan Sontag and Arthur Miller
Similar articles
Feature
Laundromat Workers Air New York’s Dirty Laundry in Performance Piece
A new film/performance spotlights the often-invisible workers who fold the clothes, maintain the machines and know your secrets.
Michelle Chen
Feature
Why Chicago Won’t Go Bankrupt—And Detroit Didn’t Have To
Detroit's bankruptcy wasn't inevitable. Neither is Chicago's. But the austerity hawks don't want you to know that.
Saqib Bhatti
Feature
Oxford University to Divest from Fossil Fuels
Oxford climate activists are the latest to notch a victory against fossil fuel companies.
Lauren Gaynor
Subscribe to our free newsletter
Fearless journalism that speaks truth to power
Limited Time: