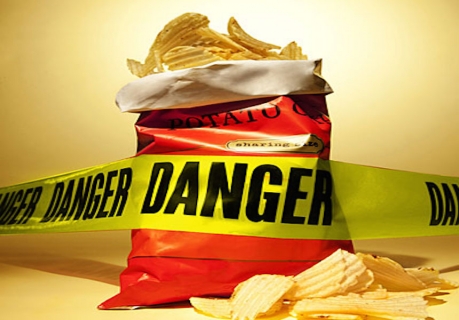 After years of mounting evidence, the ill effects of partially hydrogenated oils (PHOs) became clear enough for the FDA, on June 16th, to order they be removed from the food supply within three years. PHOs, better known as trans fats, are bad for the heart. Their replacement remains anyone's guess.

The optimal level of trans fat intake, according to the Institute of Medicine, is no trans fat intake at all. This might come as (but probably shouldn’t) a surprise—nutrition scientists have been sounding the alarm on chemically altered lipids for decades. What's noteworthy, in hindsight, is the amount of time it has taken policy to catch up with the data.

PHOs are no longer considered to be “Generally Recognized as Safe,” a designation that has allowed a number of dangerous substances to reside quietly in the food supply without explicit FDA approval. The FDA estimates that a total ban on trans fats could prevent 20,000 heart attacks and 7,000 deaths each year.

Trans fats are formed by treating liquid oil with hydrogen gas to turn it into a solid. The product’s texture resembles butter or lard, and it has historically been used as a cheap substitute for these ingredients. PHOs made their domestic debut during World War I, when animal fats were scarce. Procter and Gamble introduced Crisco as “an economical alternative,” which, thanks to hydrogenation technology, “would stay in solid form year-round, regardless of temperature.” It kept piecrusts nice and flaky.

The public began to express skepticism over trans fat consumption in the 1990s, when a Harvard study revealed that trans fats were associated with an increased risk of heart disease. According to the Centers for Disease Control and Prevention, consuming trans fats increases low-density lipoprotein (“bad” cholesterol), which contributes to coronary heart disease. Trans fats also may decrease levels of high-density lipoprotein (“good” cholesterol). Although they enhance the texture and shelf life of certain foods, trans fats offer no nutritional benefit to the consumer.

In 2006, the FDA mandated that trans fat content be labeled on the product, prompting a number of companies to eliminate its use altogether. That same year, New York City banned trans fats from any food sold by restaurants and bakeries. California, Cleveland, and Philadelphia did the same soon after. Responding to rising public concern over an ingredient that could be costing thousands of lives a year, fast food chains such as McDonald’s and Burger King significantly reduced trans fat content in their menu items. Policy action worked: the FDA estimates that consumption of trans fats decreased by 78 percent from 2003 to 2012.

Processed food producers promptly found a loophole in the labeling law. Thanks to a sneaky “rounding rule,” firms could label their products as containing zero grams trans fat if they contained less than half a gram per serving. Since the companies themselves determine serving size, they are able to conceal potentially significant quantities of trans fats without informing consumers.

A total ban, however, will be harder to evade, and processed food manufacturers argued strenuously against any such ruling.

General Mills, a company that uses PHOs in many of its products, submitted comments on the FDA’s proposal asserting that because most of their PHO use is solely for ease of processing, their products contain very small amounts of trans fats per serving. Thus, they maintained, the company should be able to maintain its current PHO levels so as not to have to alter their production process. Other leading food companies such as Nestlé and ConAgra offered similar arguments.

The Grocery Manufacturers Association (GMA) concurs, citing chewing gum as an example of a product in which PHOs are essential in production, but contribute very little trans fat to the food itself. (PHOs are used as softeners and texturizers, but gum is not swallowed so only minute amounts are ingested). The GMA argues that PHO-derived emulsifiers, which stabilize and maintain texture, are “ubiquitous” in processed foods such as ice cream and margarine. Banning these emulsifiers, they say, would cause significant manufacturing issues without “any public health benefit.”

The National Confectioners Association pointed out that a PHO ban could cause “trade disruptions” such as recalls and compromised market relationships.

Despite such concerns, the FDA has held firm on their resolve to outlaw trans fats.

Agro-chemical giants Monsanto and DuPont have identified an opportunity to capitalize on this radical shift in food processing via a genetically modified (GM) soybean. The two firms are working on silencing the gene for an enzyme that converts oleic fatty acid into linoleic acid, thereby resulting in a trans fat free oil.

American Soybean Association (ASA) chairman, Ray Gaesser, says that oil from oleic soybeans could replace a substantial portion of the PHOs currently on the market. The ASA anticipates that three years will be enough time for the soybean industry to start producing high-oleic soybeans in sufficient quantities.

ASA president Wade Cowan describes soybean oil as “sustainable” and “broadly available” in addition to being free of trans fat and low in saturated fat, making it a better option—in their eyes—than imported products such as palm oil that have negatively impacted soybean farmers.

Palm oil produces the highest yield of any oil crop in the world. It contains no trans fat and has been increasingly used to replace PHOS, resulting in a more than doubling of imports between 2007 and 2014.

While it is not a PHO, palm oil does come with its own host of issues, most notably its association with child labor, deforestation and species extinction.

Palm oil can be found on the ingredient list of almost half of all packaged foods produced in the United States. Most of it is imported from Indonesia, where rainforests are slashed and burned to make way for palm oil plantations. As demand for the commodity increases, the future of the orangutan and other rainforest species looks ever bleaker.

Enter the ASA, with their GM soybean oil that could take the place of destructive imports and place market share back in the hands of American farmers. But is soybean oil the best replacement for PHOs? Soybeans are cultivated intensively throughout the Midwest using chemical-driven monoculture, a practice that accelerates soil erosion and contributes to groundwater contamination among other environmental detriments. Data on the health effects of soybean oil is inconclusive. While it’s apparent that soybean oil is a better option than any PHO, oils high in mono-unsaturated fats such as olive oil may offer greater health benefits because they decrease levels of bad cholesterol.

The confirmed presence of harm in our food supply brings to mind the advice of food journalist Michael Pollan, who suggests focusing on larger dietary patterns and the value of whole foods. When a single serving of Pop Secret Extra Butter popcorn contains a whopping five grams of trans fat—there are three servings in a bag—it might be time to rethink not just movie night but food in general.