How the Trans-Pacific Partnership Would Fail to Help Struggling Farmers 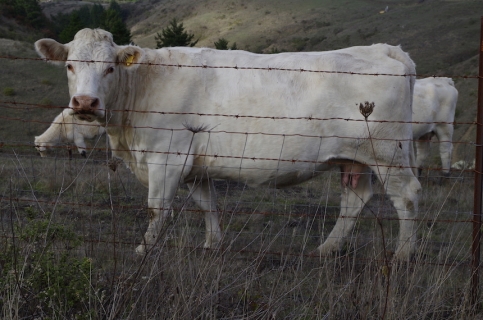 A recent Associated Press article by Gretchen Ehlke noted that Wisconsin dairy producers “see nothing but advantages” if the Trans-Pacific Partnership (TPP) were passed during the final session of Congress.

Do dairy farmers who support the passage of TPP assume it will mean increased money in their pockets? That would clearly be an advantage, but if the history of trade agreements is any indication of increased profits for farmers, those farmers may be betting the farm on losing odds.

Proponents of the TPP say it will open borders and increase exports of U.S. dairy products, but increasing farm exports does not equate with increased farmer profit. Increased exports will, however, mean higher profits for multinational corporations who, in essence, wrote the text of TPP.

Economist Mark Stephenson at the Center for Dairy Profitability at the University of Wisconsin-Madison tells Ehkle, “In some countries where we’d have the opportunity to sell, we would also have to open our borders.” One might ask, why assume that the “other players” in TPP are not continuing to build their own dairy production capabilities? Do they need or will they even want our exports? Will they want to export to us?

Trade does go both ways, and U.S. dairy farmers should be wary of opening U.S. borders to more dairy imports from say, New Zealand, where low cost dairy production has been taken to an art form. The National Milk Producers Federation, which supports TPP, tells us that U.S. dairy farmers will lose billions of dollars to New Zealand’s dairy imports under TPP—not a good deal.

And its not just dairy, when beef prices rose to a point where U.S. producers were able to make a profit, the Department of Agriculture (USDA) allowed increased imports from South America and Africa (including areas with endemic foot and mouth disease) to drive down U.S. farm prices. TPP will make unrestricted imports official policy.

TPP has very little to do with free trade, we already have trade agreements with six of the other 11 countries that are part of the TPP. Trade barriers are already very low, so if these countries wanted to import more U.S. dairy products or anything else, there is little to stop them.

TPP is really about protectionism, protecting the global corporations that profit by moving goods around the world, buying low and selling high. Producers (be they farmers or factory workers) in the global economy seldom sell their product to the end user, that is done by the middle-man, the multinational corporations. These multinational giants ultimately take any available profit and continue the trend of redistribution of wealth upward at the expense of those on the bottom and the few who remain in the middle.

It makes little sense for U.S. dairy farmers to continue to increase milk production when farm-gate prices are below the cost of production, yet that is what we are told we must do—continue to produce and look for foreign markets to dump our surplus and hope for a little profit.

What would be a more sensible path forward? To start with, instituting fair farm prices, ending imports of low-priced foreign dairy components, encouraging local, regional and national markets that are fairly and honestly regulated, and moving beyond the get-big-or-get-out mentality that has fostered the consolidation of agriculture and decline of rural America.

If dairy farmers really believe that their only path to profitability lies in following the advice of the agribusiness industry—to grow, produce more, get more efficient, if they truly believe in the neo-liberal economic model, if they wish to believe that they can prosper and “call the shots” in a global economy controlled by multinational corporations—well, good luck.