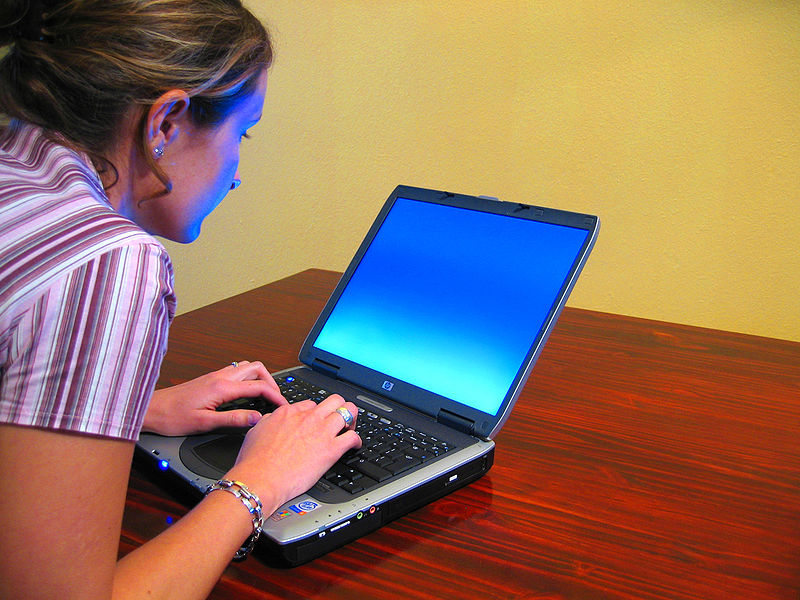 Massive Open Online Courses (MOOCS) are being heralded by some educational administrators and officials as a potential solution for the college affordability crisis. But are they really the magic bullet to save higher education? (Wikimedia Commons/Avatar)

As tuitions rise and the job market still slumps, many young college graduates are wrestling with the question of how to make their increasingly expensive educations pay off. Now, new technologies are emerging as a potential solution for the college affordability crisis, according to some educational administrators and officials. The growing public fascination with “Massive Open Online Courses,” or MOOCs, suggests that in the near future, a public university degree may become cheaper and more accessible, with a greater economic "return on investments" for the government. Yet some education advocates are wary of the MOOC phenomenon and urge the government to focus on brick-and-mortar educational investments before seeking a magic bullet .

Though MOOCs are still in their experimental phase, they are being heavily marketed through flashy programs like EdX, which features online courses ranging from “International Human Rights” to “Neuronal Dynamics,” taught by faculty at Harvard, MIT and other top universities and accessible tuition-free, worldwide.

And President Obama’s recently issued college affordability plan cites MOOCs as a tool for boosting return on investment for public education funding, since the model can ostensibly be scaled up to full degree programs—sometimes simply by tacking on a completion certificate that makes the MOOC credentials more official. These education modules are delivered at a mass scale with little overhead, accessible from any Internet connection and supplemented with online tests, peer discussions and tutors.

A new report by the Campaign for the Future of Higher Education, however, warns that college administrators and politicians might be investing too much in corporate-controlled, data-driven online learning programs.

The Campaign, which was founded by higher-education faculty and staff, argues that what appears to be a trendy meritocratic educational enterprise may still lack the quality-controls and credibility of regular academic work. The report points to a dismally low completion rate—less than 7 percent, according to one analysis of 29 MOOCs—as well as the hefty costs of deploying and maintaining the technological and logistical infrastructure of the coursework.

Another potential issue with MOOCs is that –since prestige is a huge factor in how a job candidate's academic background is evaluated--employers appear lukewarm about online credentials. The report notes that, according to poll data, “the educational prestige and competitive employment edge will stay with the traditional universities and the more privileged students who attend them.” So ultimately MOOC credits might not really broaden opportunities for the students with the most to gain from a diploma:

With MOOCs and online higher education being directed primarily at middle- and lower-income students and non-elite institutions, we need to ask not only whether those students are getting value for their educational dollar but also whether we as a country are, under the banner of “increasing educational access,” actually increasing social inequality.

With these concerns in mind, critics question whether education authorities on public campuses—where the affordability crisis is most acute—should rush to expand online coursework when it may not be cost-efficient in the long run. The report cites the example of Georgia Tech’s partnership with the e-learning company Udacity, which according to one study, is projected to cost “roughly $3.1 million for a projected 200 students the first term at a cost of roughly $15,700 per student per year” and could “actually cost the university money over the long run while bringing huge benefits to Udacity.”

Many of the university partnerships with top e-learning brands like Pearson, Learning House and 2U are extremely lucrative for the contractors, without clear payoff for students or institutions. In some major university partnerships, private service providers have taken a 50-percent cut of program revenues, according to news reports.

Members of the academy and labor activists have voiced concerns about tech-driven privatization in higher education. Recently, in a congressional study of for-profit colleges—which, like the MOOC partners of regular universities, market themselves as low-cost alternatives to traditional degree programs—auditors sharply criticized their e-learning courses for being prone to low quality and mismanagement.

Meanwhile, to education activists like members of the Campaign, who demand greater overall investment in public institutions, the spotlight on MOOCs appears a distraction at best, diverting attention from the need to address long-term disinvestment from publicly funded schools. The Campaign points out that “States have cut their annual investment in higher education by nearly half since 1980.”

While the future of MOOCs is unclear, the expansion of technology in higher education is inevitable in an increasingly digitized world, and web-based instructional tools are a vital part of many programs. But even some faculty who value technology in the classroom are wary of overemphasizing MOOCs.

Eileen Landy, professor of sociology at State University of New York, Old Westbury and an activist with the Campaign, has enjoyed using online programs when teaching her courses, but does not want to see her institution's administration rush to adopt MOOCs as a private-sector substitute for regular courses, as that might give corporations an inordinate degree of control over the teaching process. “I'm not leery of technology or of online coursework,” she tells Working In These Times. “I am concerned that non-public entities will profit from public institutions, possibly at the expense of the students for whom those institutions were created.”

Considering the potential profits for e-learning companies, the MOOC hype seems to fit with the business-driven ethos of Obama’s college affordability plan, which like his pro-charter, pro-testing K-12 school-reform initiatives, aims to link funding to statistical performance measures—reinforcing the business model that achievement can be measured and managed through data. The White House has proposed to develop a formula for scoring colleges according to academic achievement and post-graduation earnings, stirring controversy among educators concerned about overemphasizing material outcomes over intellectual enrichment.

Some progressive education advocates like Landy also fear that a one-size-fits-all, mass-produced e-learning program could undermine the interactive, social aspect of a college course by limiting direct interaction with instructors. They worry the subtler aspects of the academic experience may get lost in MOOC mega-courses designed to teach as many people as possible without catering to individual diversity among students or institutions. Pointing out that many college-goers across the state do not even have access to a broadband connection, Landy argues, “It's a false premise that [MOOCs] are going to fix everything … We're experimenting on our students.”

Despite the allure of technological solutions, learning is still more about people than programming. And with so many students priced out of an essential public good, education advocates say colleges shouldn’t seek a quick cheap fix when building genuine, long-term equity in higher education.