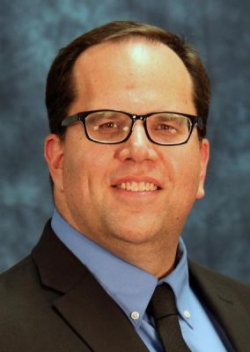 For seven years, the 31,000 members of United Teachers Los Angeles, the largest local on the West Coast, have gone without a salary increase. Their contract has been expired for nearly three of those. And the teachers, counselors and school nurses that make up the UTLA can still be sent to so-called “teacher jail”—housed in district offices until they’re either fired or restored to their position, a process that can take months—when they’re accused of misconduct .

All of this, activists say, has left United Teachers Los Angeles disengaged and disillusioned. This was evidenced by the low turnout for the union election in late April, in which only 7,235 members—fewer than 25 percent of the UTLA—participated.

The results of that election, however, are perhaps an even greater indication that the UTLA is ready for a change. On April 29, social studies teacher and longtime union activist Alex Caputo-Pearl was elected as president of UTLA following a run-off with incumbent Warren Fletcher.

Caputo-Pearl is a member of Union Power, a reform coalition that, a month before Caputo-Pearl’s victory, took over leadership of UTLA. Union activists see the election of the Union Power coalition as a step forward in the fight against business-led, top-down education reform and resource cuts that have beset Los Angeles in recent years.

Los Angeles schools Superintendent John Deasy, for instance, has aggressively pushed for teacher evaluations to include test scores and supported an ongoing lawsuit aimed at cutting seniority and tenure rules. Meanwhile, pay in L.A. has stagnated compared to other large districts, class sizes have grown and school support services are thin on the ground. In 2010, the Los Angeles school district was scarred by the suicide of an elementary school teacher, ostensibly after his scores were publicized on a teacher-rating database by the Los Angeles Times. Most recently, a court ruled in favor of teachers on the issue, finding that the district did not need to publicize the names of teachers with their performance ratings.

Caputo-Pearl, a longtime activist, has said he opposes pegging teacher evaluation to student test scores, expanding charter schools and other school-reform measures popular among city officials. A 20-year veteran of some of the highest-poverty schools in the Los Angeles Unified School District, Caputo-Pearl started his teaching career with the first round of Teach for America recruits. He is the union chapter chair for Frida Kahlo High School and serves on the Board of Directors for the union’s House of Representatives. He survived several targeted attempts to remove him from both posts after he fought the district’s plan to break his high school into three smaller schools as part of the nationwide “reconstitution” strategy pioneered by Arne Duncan.

Throughout their campaign, Union Power also placed an emphasis on Caputo-Pearl’s community-organizing chops, which they argued would be useful for the broader coalition the reform coalition hoped to build. In a press release promoted before the election, Union Power officials wrote:

“Alex has experience building organizations from the ground up.  He is co-founder of Coalition for Educational Justice, a citywide organization that has been involved in local, state, and national campaigns.  He has been key in building the Crenshaw Cougar Coalition and the Bus Riders Union, which has also led local, state, and national campaigns around civil rights and public services.  He has been a key leader in Progressive Educators for Action, which has helped build a national network of educator organizers, which has allowed Alex to develop deep relationships with the Caucus of Rank and File Educators, which is in the leadership of the Chicago Teachers Union and led their successful strike.  Alex has also played a role in building the national 'Resisting Teach for America' network.”

In addition to Caputo-Pearl’s presidency, the Union Power slate won 24 out of the 25 seats it ran for, including races against three incumbents from Fletcher’s slate. “In every area, in every position it was a big margin between the Union Power candidates and our opponents,” teacher Rebecca Solomon, who won an executive board spot, tells Labor Notes. “It’s not against one person: it’s everywhere.”

Caputo-Pearl will replace Warren Fletcher, who early on in the race said he would stop campaigning in favor of Caputo-Pearl. The race went into a run-off after the first round of voting narrowed the candidates down from the ten initially campaigning for the post.

Fletcher himself was a reform candidate when he swept into office in 2011 on bread-and-butter issues, winning a runoff against the then-vice president of the union widely seen as a shoe-in for the post. His tenure included an April 2013 referendum against Superintendent Deasy, with a resulting 91 percent of members who voted saying they disapproved of Deasy’s education measures. During his time as president, however, he came under criticism for using piecemeal negotiations on single issues, and not sufficiently mobilizing a dissatisfied union of teachers or a district of angry parents.

Fletcher also leaves behind an agreement made with the district about a new teacher evaluation system, which draws on data from a mix of state standardized tests, classroom observation, and school-level scores. The arrangement is already being contested, though: A state labor board said the district has pushed the evaluation beyond the agreed-upon frameworks signed by the teachers union.

If elected, Union Power said it would invest in broad-ranging plans to reform the union, including a commitment to “initiating a comprehensive public relations campaign to support our demands, a plan to take back our expert role in our profession, a strategic research arm that exposes LAUSD conflicts of interest, and an organizing strategy that supports chapter organizing, parent/community/labor outreach, capacity-building actions, and strike preparation.” It may also broaden from a coalition that came together for the election to a full caucus, cementing a larger group of educators within the UTLA.

At the same time, Union Power's leaders hope to help shift the conversation around education reform on the national stage, too. “We are at a key moment where [progressive leadership] now has several key cities around the country,” Caputo-Pearl tells In These Times. “The more that we can lead in those cities and encourage others to run for leadership in their teachers union, the more that we can support fighting back against the privatization agenda and fight for real educational justice.”

As that movement grows, says Caputo-Pearl, the Los Angeles teachers union aims to build where the real power is—locally. “Local leadership is where the most important base of organizing happens. When push comes to shove the organizing of education in connection with parents and communities building to the credible threat of a strike can only happen at the local level.”