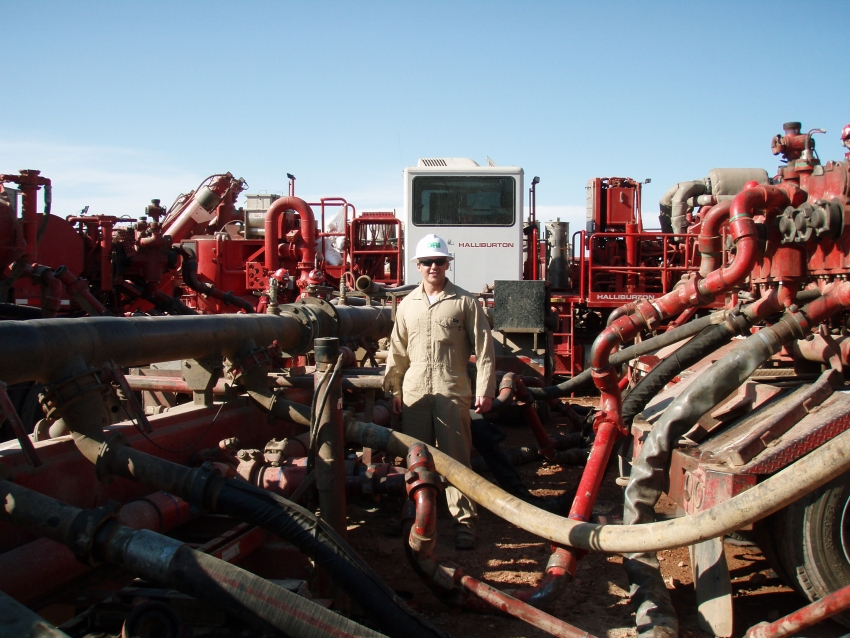 In its quest for jobs, the Building and Construction Trades Department (BCTD) of the AFL-CIO hasn’t shied away from taking on environmentalists and progressives. The latest flashpoint is fracking, the controversial drilling practice propelling the nation’s fossil fuel energy boom.

On this issue, public tolerance is waning, but the trades unions aren’t backing down.

On Tuesday, the Oil and Natural Gas Industry Labor-Management Committee released a report by Dr. Robert Bruno and Michael Cornfield of the University of Illinois which found that from 2008 to 2014, oil and gas development created 45,000 new jobs in the Marcellus Shale region—an area that includes parts of Ohio, Pennsylvania and West Virginia. The data came from the BCTD; the National Maintenance Agreements Policy Committee, a joint labor-management committee that oversees collective bargaining agreements in the construction industry; and Industrial Info Resources, a third party specializing in “global market intelligence.”

Two days later, BCTD president Sean McGarvey, who also serves as chair of the Oil and Natural Gas Industry Labor-Management Committee and whose union is a member of the committee, praised the report and defended the thriving industry.

“Oil and gas industry spending in the Marcellus Shale region has led to significant increases in construction and maintenance jobs,” McGarvey told reporters on a conference call. “At a time when the U.S. construction industry was in the midst of what was arguably a depression, … one of the few, if not only, bright spots, were the jobs that were created by virtue of domestic oil and gas development.”

The report did not address workplace safety. Recent federal studies have shown that workers at fracking sites are exposed to dangerous levels of benzene and crystalline silica—both of which are known carcinogens.

McGarvey’s affection for oil and gas may irritate environmentalists. But at least one of the BCTD’s pro-drilling stances also puts the trades directly at odds with Pennsylvania’s labor movement and its allies.

The Pennsylvania AFL-CIO backs an oil and gas severance tax that would tax fossil fuel companies and bring much-needed revenue to state coffers. Tom Wolf, the union-backed Democratic nominee for governor, has made that proposal a hallmark of his campaign; at the moment, Wolf leads Republican incumbent Tom Corbett by a roughly 15-point margin.

A 5 percent extraction tax, Wolf has said, would “make sure that we actually share in the benefits of having this resource beneath our feet.”

McGarvey, however, insisted that a severance tax would “deter” future development.

“People have to be reasonable. It’s a fledgling industry and you have to make sure the investments people are making can come to fruition,” he told reporters. “Reasonable men and women can sit down and work out reasonable policy and tax issues to make sure that they don’t kill this industry before it has a chance to make the largest impact it can possibly make—not just in the state of Pennsylvania, but across the country.”

That stance puts him in the company of the American Petroleum Institute and other fracking hardliners. Even the state senate’s leading Republican has voiced support for a drilling tax.

McGarvey also stated that Maryland should allow fracking—apparently the first time he has made such a declaration publicly.

Drillers have long had their eyes on gas-rich portions of Western Maryland, but the state currently prohibits fracking. It’s a subject of heated debate: In 2011, Governor O’Malley created a special commission to determine whether or not the state can safely regulate the practice. The commission is expected to release its final report by the end of the year.

The BCTD endorsed Cove Point, a proposed $3.8 billion natural gas export plant in Lusby, Maryland, that was recently approved by the Federal Energy Regulatory Commission (FERC). Opponents have charged that construction of the plant will pressure the state to drop its de facto fracking ban.

When asked in June, months before FERC approved Cove Point, McGarvey wouldn’t say if he thought Maryland should allow fracking. This time around, though, he showed little hesitation.

“I see the economic growth and the economic opportunity,” McGarvey said. “As a Maryland resident, I’d like to see my friends, neighbors and [fellow] Marylanders share in these opportunities.”

In These Times asked the labor leader if he was concerned at all about the environmental impact of the Northeast’s shale drilling boom. Concerns range from the local—reports have linked fracking to water contamination and upticks in seismic activity—to the global: A recently published study in Nature found that natural gas offers little benefit in the international fight to reduce carbon emissions.

McGarvey paused. “No,” he stated. Chuckles could be heard in the background.

This piece has been updated to reflect the fact that BCTD representatives deny that President McGarvey was the one chuckling on the call.