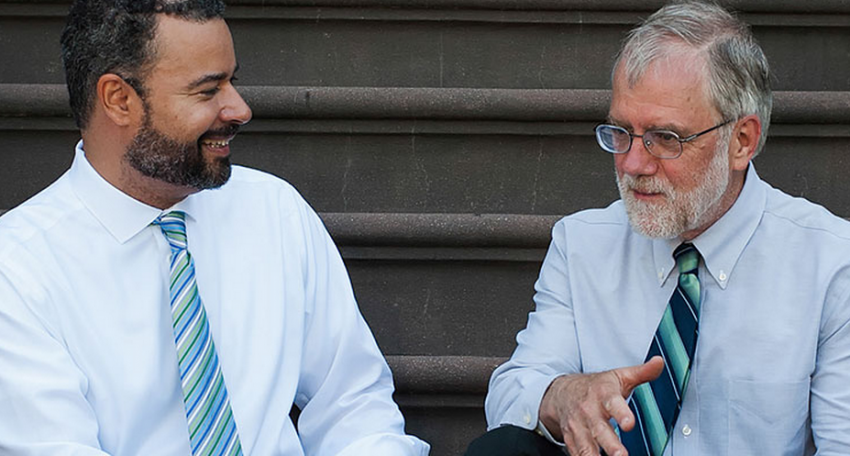 New York’s incumbent Gov. Andrew Cuomo may be the poster child for the Democratic Party’s rightward shift in recent years. After much handwringing among progressives in the state about his campaign for reelection and Cuomo’s effectively neutralizing the Working Families Party, those who can’t stomach voting for the incumbent governor seem to have been left with one choice: voting for the Green Party’s Howie Hawkins.

While Hawkins’s campaign, like any third party run in the US, is clearly a longshot, he has also amassed an incredible amount of support from one of the Democratic Party’s most historically solid constituencies: teachers unions.

Hawkins and his running mate Brian Jones seem to have struck a chord with teachers with their platform of “Quality Education for All.” It includes fully funding public schools; fully funding pre-k and kindergarten programs with certified union teachers; teacher evaluations based on collaboration; free tuition to CUNY, SUNY, and community colleges; and opting out of Race to the Top.

Last night, during the race’s only debate, Hawkins continued to push for teachers and public schools over Common Core and charters. “I want local parents, teachers, and school boards to make the decisions about curriculum and assessment. They know what the kids need. They’re the ones that care the most about those kids,” he said.

The team’s first endorsement came in June from the New York Badass Teachers Association (BAT). “This decision was made because of extreme disillusionment with the current New York Governor, Andrew Cuomo, who has earned an appalling reputation for supporting and in some cases ramming anti-public school legislation through the legislature,” the association said. The New York’s BAT claims 2,000 educators and parents as members who are “committed to defending and preserving public education.”

Along with the numerous endorsements from teachers associations, Hawkins has also received the personal endorsement of Diane Ravitch, a former Assistant Secretary of Education and perhaps the preeminent critic of corporate education reform in the US.

While she voted for Zephyr Teachout in the Democratic primary, Ravitch is now throwing her support behind Hawkins and Jones. “I am casting a protest vote for the first time in my life. I am voting for the candidates of the Green Party.”

The Greens are currently polling in a distant third behind Cuomo and Republican candidate Rob Astorino, but this support from teachers unions may give Hawkins a chance to shake up New York politics.

Hawkins, a Teamster and UPS worker, ran for governor in 2010 as the Green Party candidate. Although he came in third, his campaign put the Green Party back on the state ballot after receiving the required 50,000 votes, which allows the party to collect fewer signatures than other minority parties. The less time spent gathering signatures, the more time spent campaigning on issues.

Hawkins’ platform beyond education includes a Green New Deal for New York and calls for an end to fracking; a raise in the minimum wage; and universal, single-payer healthcare. His stance on education, however, is what is garnering him the most support among teachers.

Endorsements aren’t the whole story. Hawkins’ running mate, Brian Jones, is a teacher currently working toward a PhD in urban education. He worked for nine years in the New York City public school system and has fought against the privatization of public education, including as a member of the Movement of Rank-and-File Educators (MORE), a reform caucus within the United Federation of Teachers in New York City.

In March, Jones said on Democracy Now! “I feel … there’s a pattern that charter school leaders hold out great promise, make huge claims and promises, and then run into the usual problems that people run into when they’re trying to serve some of our neediest students. … Charter schools have fallen way below their hype. Their hype is disproportionate to their actual merits.”

Cuomo, who supports the expansion of charter schools despite opposition from teachers and New York City Mayor Bill de Blasio, has recently been shown to have received campaign funds from charter school supporters. In August, the New York State United Teachers (NYSUT) union decided it would not endorse Cuomo, in part because of his support of charters. Despite the growing support for Hawkins, Carl Korn of NYSUT tells Working In These Times that the decision to not issue any endorsement for a gubernatorial candidate will stand.

Hawkins’ chances of moving to Albany next year are slim. His stated goals in April when he accepted the nomination were to “to quadruple the money we raise and the votes we get. I think that is within our reach.” With Cuomo’s approval ratings slipping—down 20 points from their high in February 2011—and some polls showing Hawkins polling as high as twenty-four percent in Syracuse, this is within reach. His support from teachers, however, shows that there is growing discontent with the corporate model Cuomo is applying to school reform—and a willingness among some teachers to back a protest candidate over a neoliberal Democrat.

“We’re setting up tests to set them [public schools] to fail, … and a bunch of hedge fund guys are making a bunch of money off that. Public education should not be for sale,” Hawkins said on the capitol steps earlier this year.