Wall Street to Workers: Give Us Your Retirement Savings and Stop Asking Questions 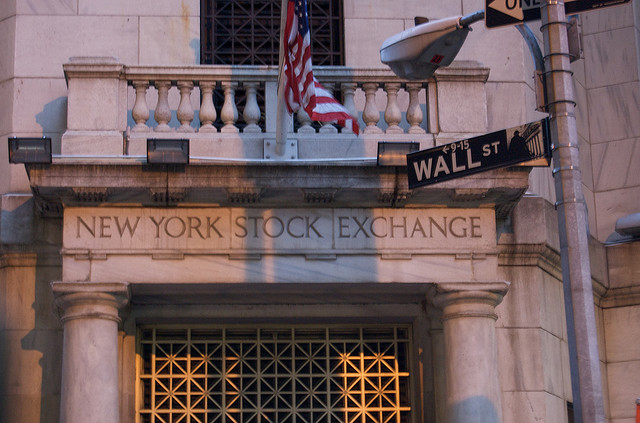 Big banks are more than happy to take workers' retirement funds—as long as those workers don't want to know what those banks are doing with the money. (Flickr / Paul Bailey)

If you are a public school teacher in Kentucky, the state has a message for you: You have no right to know the details of the investments being made with your retirement savings.

That was the crux of the declaration issued by state officials to a high school history teacher when he asked to see the terms of the agreements between the Kentucky Teachers’ Retirement System and the Wall Street firms that are managing the system’s money on behalf of him, his colleagues and thousands of retirees.

The denial was the latest case of public officials blocking the release of information about how billions of dollars of public employees’ retirement nest eggs are being invested. Though some of the fine print of the investments has occasionally leaked, the agreements are tightly held in most states and cities. Critics say such secrecy prevents lawmakers and the public from evaluating the propriety of the increasing fees being paid to private financial firms for pension management services.

The denial from Illinois pension officials followed a decision earlier this year by Rhode Island General Treasurer Gina Raimondo, a Democrat, to reject a newspaper’s open-records request for information about state pension investments. The treasurer's office argued that financial firms have the right to “minimize attention” around their compensation. Last week Raimondo, who is now Rhode Island's governor-elect, held a closed-door meeting of the state investment commission to review the state’s $61 million investment in a controversial hedge fund.

In a recent essay, Steve Judge, president of the Private Equity Growth Capital Council, wrote that secrecy is necessary and appropriate to protect the financial industry’s commercial interests.

“The argument that [agreements] should be accessible to the public is akin to demanding that Coca-Cola publish its famous and secret soda recipe,” he wrote. “Like Coke’s secret recipe, [agreements] contain proprietary and commercially sensitive trade secret information that, if disclosed, could undermine a private equity fund’s ability to invest and generate high returns for its limited partners."

In Kentucky, that defense of secrecy is being challenged in both the state legislature and the courts.

Rep. Jim Wayne, a Democrat, is planning to reintroduce his legislation to subject pension investment agreements to procurement statutes that mandate public release of all government contracts. Meanwhile, Randolph Wieck, the Kentucky high school teacher, has filed a class-action lawsuit charging KTRS officials with, among other thing, violating their fiduciary duty to retirees by moving pension money into opaque alternative investments.

Even if legislators and courts in Kentucky and elsewhere press for transparency, events in Iowa suggest the secrecy may continue. There, the private equity firm KKR in October warned state pension officials that if they release information about the fees that Iowa taxpayers are shelling out to Wall Street, the financial industry may respond by effectively prohibiting the state from future private equity investments.

Of course, maybe that threat isn't so terrifying. After all, with many high-fee Wall Street firms failing to deliver returns that beat low-fee stock index funds, investors like Warren Buffett are saying public pension systems shouldn't be plowing retirement savings into hedge funds, private equity and other so-called "alternative investments." That is an especially powerful argument when such investments keep allowing the financial industry to charge ever-higher fees in near-total secrecy.