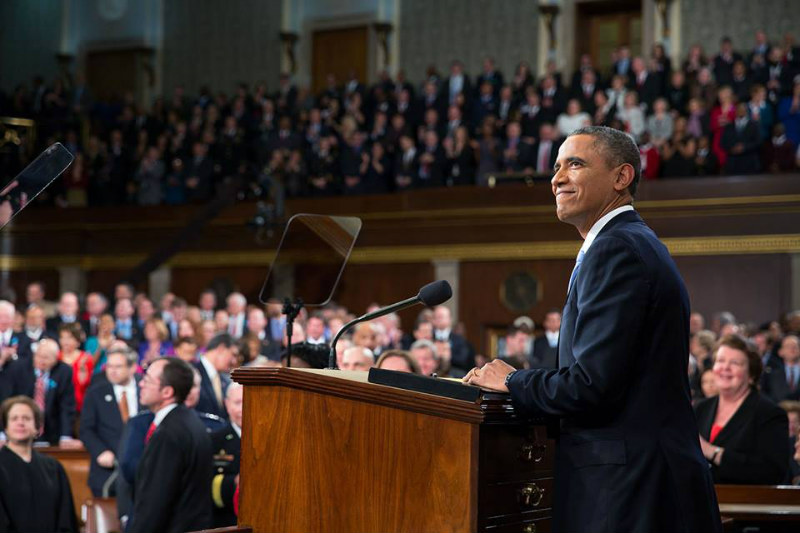 The U.S. is one of only three countries in the world without guaranteed paid sick leave for workers.   (Facebook / Barack Obama)

In his State of the Union address last week, President Obama outlined a plan to bring America in line with the rest of the industrialized world and provide paid sick and family leave for workers. Before the address, he had issued a memorandum granting federal employees six weeks of paid sick leave for the birth of a child and asked Congress to legislate another six weeks.

Although Obama’s measure only applies to employees of the federal government, he challenged Congress to address the issue on a national level.

“Today, we are the only advanced country on Earth that doesn’t guarantee paid sick leave or paid maternity leave to our workers,” the President said in his address. “And since paid sick leave won where it was on the ballot last November, let’s put it to a vote right here in Washington. Send me a bill that gives every worker in America the opportunity to earn seven days of paid sick leave. It’s the right thing to do.”

The President was referring to the Healthy Families Act, originally proposed by Senator Ted Kennedy in 2009, which would allow American citizens the chance to earn seven sick days a year. As of now, workers can use the Family and Medical Leave Act of 1993 to take off 12 weeks for the birth of a child, to care for a family member or other medical issues. But this time is unpaid and, as the President said during his address, “that forces too many parents to make the gut-wrenching choice between a paycheck and a sick kid at home.”

On Monday, Rep. Carolyn Maloney (D–New York) took the first step to expanding paid sick time by reintroducing the Federal Employees Paid Parental Leave Act. The bill gives federal employees access to six weeks of paid parental leave. Mahoney has consistently introduce paid parental leave legislation since 2000.
Benefitting workers is not the only reason the Congress would want to pass the legislation. Government is competing with the private sector for top talent, and work life balance is consistently a top concern for younger workers.

“More and more private employers around the world are offering parents paid time off so they can take care of their newborns,” Richard G. Thissen, president of the National Active and Retirees Federal Employees Association, said. “As a result, federal agencies can't compete with the private sector for talented younger workers who, if electing federal employment, would have to use accrued vacation or sick time, which may be only a few days, or forgo pay in order to take time off after the birth of a child.”

According to Thissen, more than 30 percent of federal employees will be eligible for retirement in the next three years, creating the need to make these positions as attractive as possible to those the agencies would want to hire.

The Office of Management and Budget has said the extra weeks of paid leave would cost $250 million and would fit within the current budget.

Currently Papua New Guinea, Oman and the U.S. are the only countries in the world that don’t guarantee paid sick leave for workers.