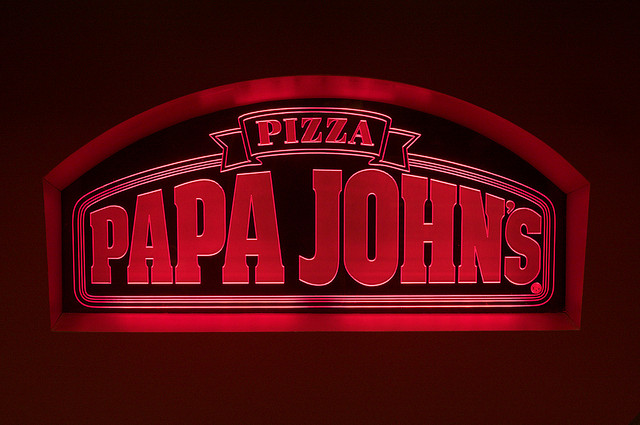 New York Attorney General Eric Schneiderman has been hitting wage thieves hard this year. In February, his office won a nearly $800,000 judgment for employees of Emstar, a Papa John’s franchisee in Brooklyn and Queens. Last week, Schneiderman won another suit against a different Papa John’s franchisee, New Majority Holdings LLC, this time for over $2 million. According to the New York Post, Schneiderman may now be setting his sights on Papa John’s itself, testing the recent NLRB ruling that parent companies can be held responsible for the labor violations of franchises.

The ruling against Emstar in February concluded that the owners, Emmanuel and Uchenna Onuaguluchi, rounded down the number of hours employees worked. It also prevents Emstar from making any money on selling off units, after Emstar was caught trying to sell its Papa John’s locations in order to dodge the lawsuit and subsequent penalties. Any sale now would put the funds in escrow until they could be distributed to Emstar’s short-changed employees.

Last week’s judgment against New Majority included a similar litany of violations: rounding hours, not paying the minimum wage (even below the tip wage), failing to pay overtime, forcing employees to purchase their own bicycle delivery equipment and failing to maintain adequate records of pay, among other violations.

“We will continue to investigate wage and hour violations in the fast food industry,” Schneiderman said in a statement after the ruling.

“More broadly, franchisors need to step up to the plate,” he continued. The Attorney General could take the cases further up the chain, to Papa John’s International itself. A National Labor Relations Board ruling in December made it possible for parent companies to be held accountable for the transgressions of their franchisees. The ruling was originally against McDonald’s, but applied to the franchise model as a whole.