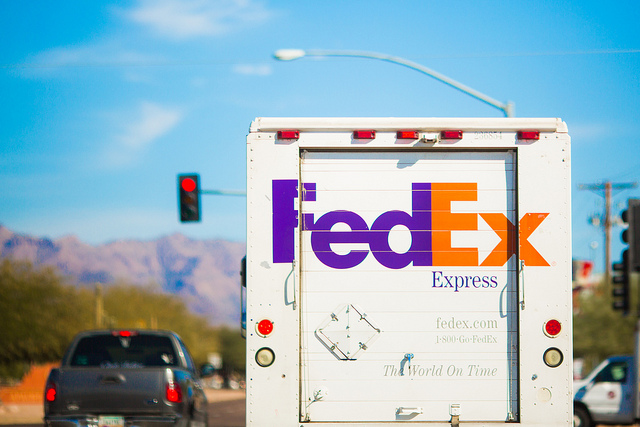 Companies like Federal Express and Uber might soon feel the heat over independent contractor regulations that were recently released by the Department of Labor's Wage and Hour Division. (Thomas Hawk / Flickr)

Are you an employee?

It seems like a simple question that must have a simple answer for most people. But definitions in different laws and rulings enforcing the laws vary. And that variation provides an opening for a growing number of employers to cheat governments of taxes and workers of income, benefits and protections by misclassifying their employees, especially as “independent contractors.”

Last week, the administrator of the Department of Labor’s Wage and Hour Division, David Weil, released a “letter of guidance” that clarifies who is an employee and who is an “independent contractor”—that is, essentially an individual running his or her own business. He argues that the most definitive statement from Congress comes from the Fair Labor Standards Act, which says that “to employ” means “to suffer or permit to work.” And, he concludes, “under the Act, most workers are employees.”

The decision is “incredibly important,” says Catherine Ruckelshaus, general counsel and program director of the National Employment Law Project (NELP), a pro-worker nonprofit organization, and may help to clear up confusion in the courts and encourage more enforcement of the law.

In recent years, many companies—from 10 percent to 30 percent or more of employers—employ at least several million people who are misclassified as independent contractors, according to a recent NELP report. They even go so far as to require workers to form a limited liability corporation or franchise (with themselves as the one and only participant) or to sign contracts declaring that they are independent contractors. According to another study from economist Jeffrey Eisenach of George Mason University, the number of independent contractors rose by one million from 2005 to 2010, including both fake and real contractors (often unemployed workers who re-label themselves as “consultants”).

One high-profile example is the Federal Express delivery driver—who wears a FedEx uniform, drives a company truck, follows a route set by the company and still is treated as a contractor. Weil’s ruling may also tip the judgment against companies like the Uber taxi service, increasingly targeted in lawsuits as improperly treating its drivers as independent contractors.

When employers misclassify workers, they often pay less for contractors, but most important, the workers lose a wide range of protections and benefits under the law such as unemployment compensation, workers’ compensation, minimum wage and overtime regulations, and governments lose billions of dollars a year in taxes that support those programs.

In his recent book The Fissured Workplace, Weil argues that workplace phenomena like subcontracting, using independent contractors, franchising and other ways to make employers less responsible for their employees is not just a result of competition driving down costs, whether as a result of globalization, weakening of unions, new technologies or new work processes, but also “pressure from public and private capital markets to improve returns.”

Unlike the "common law" test for who is an employer, which emphasizes the degree of control over one’s work, the FLSA standard usually relies on an “economic realities” test, which examines many different dimensions of work without favoring one above all others. But in his guidance letter, Weil writes, “the ultimate inquiry under the FLSA is whether the worker is economically dependent on the employer or truly in business for him or herself.” But the varied economic realities tested include such questions as how integral the worker is to the business, how much does managerial skill affect possible profit or loss, how big is the worker’s relative investment, does the worker’s success rely on special business skills in addition to any technical skills, what kind of control does the employer exercise, or how permanent is the relation of the worker to the employer.

The impact of this guidance letter may first be felt in courtrooms and in various federal or state agencies, but Ruckelshaus hopes that employers will voluntarily take it seriously. More likely, it will only be quite meaningful if there are systematic state and federal efforts to audit employer behavior, especially in industries where abuses are common, such as lower-skill construction, home care and janitorial work. Unions are also in a position to push for more vigorous enforcement, as Ruckelshaus said the Carpenters have been.

And when it is clear that the workers are not contractors but employees, the unions can do the workers a favor and invite them to join the union.