In Minneapolis, a Strong ‘Fair Scheduling’ Law for Workers Runs Into a Corporate Roadblock 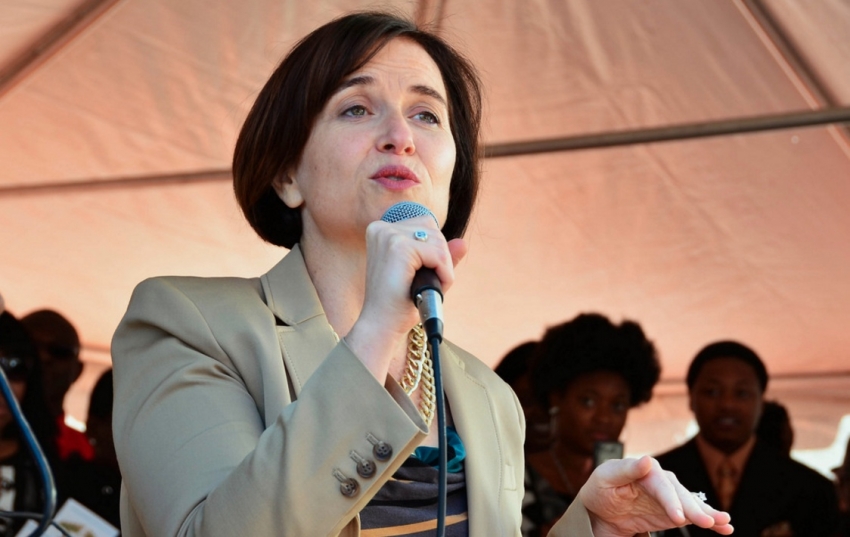 Less than a year after San Francisco passed a first-of-its-kind fair scheduling ordinance for retail employers, progressive activists in Minneapolis began pushing for an even stronger scheduling ordinance of their own—along with paid sick leave, wage theft protections, and the possibility of a $15 minimum wage.

But the campaign, dubbed the Working Families Agenda, ran into a roadblock earlier this month when its most powerful political ally, Mayor Betsy Hodges, decided to abandon the fair scheduling component. Language in the proposed ordinance called for scheduling notice of at least two weeks in advance and extra “predictability pay” for workers who were scheduled after that threshold.

Those requirements quickly awoke the local business lobby, typically a fairly dormant political power in a city with a strong progressive streak. In late September, opponents formed the Workforce Fairness Coalition by the Chamber of Commerce, and included prominent members like the Minnesota Business Partnership (which represents about 80 businesses, including Target, U.S. Bancorp and Xcel Energy) and the Minnesota Restaurant Association. They took specific issue with the scheduling law, saying that it would impede operations and could force businesses to flee the city.

“We heard the same arguments from the Chamber of Commerce that are being made in Minneapolis,” says Gordon Mar, who led the campaign to pass San Francisco’s Retail Worker Bill of Rights, which includes fair scheduling. “As we’ve been implementing the law, those arguments have proven to be just as hollow as they were in business’s opposition to other worker-friendly laws."

Minneapolis Mayor Betsy Hodges ran in 2013 on a campaign that promised to directly address the city’s stark racial disparities, aspiring for a “One Minneapolis.” The city has some of the largest gaps in the country between whites and people of color for a number of indicators including rates of high school graduation, homeownership, low-level arrests and employment.

Those disparities are rampant in the workplace, too. For example, 63 percent of white workers in Minneapolis have access to earned sick time compared with just 32 percent of Latino workers. A Minnesota Department of Health report found that 79 percent of food workers—many of whom are minorities—lacked paid sick time.

In her 2015 State of the City address just six months ago, Hodges outlined an agenda she said would address economic disparities, specifically calling for an ambitious plan to implement fair scheduling, wage theft protection and paid sick leave. But since then, Hodges appears to have taken business’s concerns to heart.

“When it comes to fair, predictable scheduling, I have heard from many people, including many business owners, that the issue is complicated and that more time is needed to engage in this important issue,” the mayor said in a statement on October 14. “As a result, I have come to the conclusion that we are not in a position to resolve the concerns satisfactorily on the timeline currently contemplated.”

“Our progressive champions were not prepared for the pushback and frankly folded under the pressure, … caving to conservative business elements,” says Anthony Newby, executive director for Minnesota Neighborhoods Organizing for Change, a member of the coalition supporting these policies. “Where does [Hodges] want to be allied? With working people or with the worst actors of the business community?”

The day after Hodges’ announcement, about 300 people streamed into City Hall in downtown Minneapolis to reaffirm support for all aspects of the Working Families Agenda. Workers and organizers spoke about the daily burdens of low-wage work and how they contribute to the racial disparities that plague a city often portrayed as a progressive wonderland. Minneapolis NAACP President Nekima Levy-Pounds described the city’s situation as a tale of two cities: “It’s the best of times if you’re white and the worst of times if you’re black.”

While the scheduling law language had not been set in stone, many businesses were concerned with its details. At first, advanced notice for schedules was set at four weeks, which was eventually scaled back to two. For every change an employer made to a worker’s schedule within two weeks of the shift, that worker would earn an hour’s wage worth of “predictability pay.” For any schedule change within 24 hours of a shift, a worker would get four hours’ pay.

Opponents were quick to cast this as an unrealistic policy with a costly burden placed on employers, and would be completely unworkable for restaurants, retailers and many other businesses that they say are dependent on “flexible” scheduling models. Advocates are quick to point out, though, that current workplace scheduling standards put all the cost on workers. For example, if a worker relies on childcare during her shifts and an employer tells her to stay late, many childcare centers charge fees for late pickups; or, having already spent money on childcare and transit, she could arrive at work to find her shift has been cut.

On fair scheduling, says Elianne Farhat with the Center for Popular Democracy’s Fair Workweek Initiative, it’s clear there’s going to be a cost. “What gets lost in the conversation is that it’s not that there isn’t a cost right now— it’s just that the workers are bearing that cost,” Farhat says. “What [fair scheduling] is trying to do is balance that cost.”

Despite Hodges’ call for more time to parse out details on scheduling, activists aren’t backing off. Her announcement seems to have galvanized many local organizations that previously were on the fence. Organizers say they will continue to advocate for paid sick leave and wage theft protections in the immediate future while aiming for an eventual victory on fair scheduling.

Compromises will likely need to be made. While San Francisco’s scheduling law applied only to big chain stores, Minneapolis’s fair scheduling proposal is universal. That may need to be scaled back, according to activists: Some added flexibility for “predictability pay” requirements may be needed, and further discussion about phase-in periods for smaller businesses will likely be coming. But organizers say they didn’t expect an easy path to passing the strongest scheduling law in the country. In fact, at a city council meeting last week two members announced a plan to refer the proposed paid sick leave policy to a new committee made up of workers, labor leaders, employers and business associations that would meet in mid-November and hash out details.

“‘No’ is not an answer. The question is what does it take to get a yes,” says Newby. “We need to figure out what is that sweet spot that’s gonna work for us. That may take a little bit more time.”