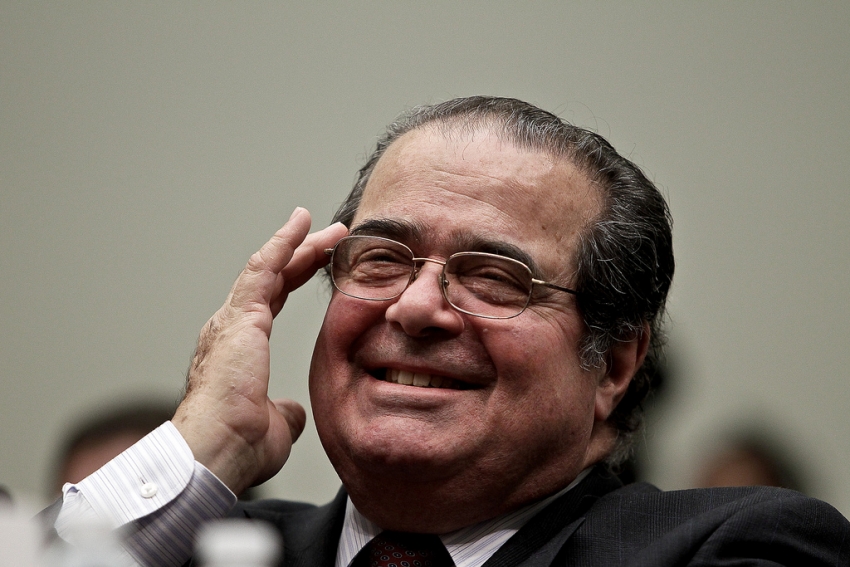 Editor's note: In These Times has covered the Friedrichs case since the beginning. For more pieces on the case and its potential impact, see this roundup.

Yesterday, the Supreme Court heard extended arguments in Friedrichs v. California Teachers Association. The case is ostensibly a First Amendment case about whether public employees who do not want to join a union can withhold all fees—the same as “right to work”—or whether unions can charge those employees fees—“agency” or “fair share” fees—to cover activities germane to collective bargaining. The plaintiffs, 10 objecting teachers and a Christian education association, were asking the Supreme Court to overturn the 1977 case Abood v. Detroit Board of Education that declared that agency fees were the proper compromise between workers’ constitutional rights and the government’s interest in promoting labor peace.

However, despite a fairly clear issue before the Court, the arguments proceeded bizarrely, jumping repeatedly between disparate issues. This seemed to be largely the result of two fairly unique circumstances surrounding this case.

First, the Supreme Court had almost no record that could be used to address basic questions. Usually, cases that end up in front of the Supreme Court take a slow path in front of lower courts, where evidence is introduced and a conversation of sorts develops between the parties and the judges. By design, the conservative Center for Individual Rights, which represented the plaintiffs, pushed this case through the system in record time.

This led to arguments that were, at best, abstract political positions talking past each other. At one point, the attorney for the California Teachers Association tried to explain to Justice Scalia about the history of public sector agency fees and public services, arguing that in New York City the use of such fees helped the city deliver better transit services. When pressed by Scalia on how the fair share fees led to this result, the union attorney basically had to throw up his hands and state that without a factual record, he has little to rely on other than what was raised in the various amicus briefs.

However, it was not just the lack of a record in this case that made it so peculiar—it was also the broad assumption among the Justices and the attorneys that money is speech. Being required to pay a fee for a benefit is now considered compelled speech, and any expenses negotiated between a union and a government employer constitute political speech. In one telling moment of the argument, when the attorney for the State of California tried to argue that mileage reimbursement rates are among the prosaic matters that public sector unions negotiate, Chief Justice Roberts shot back, saying, “It’s all money. That’s money.”

Chief Justice Roberts further articulated this position when, in one of his classic simplifications (recall his 2007 affirmative action formula: “the way to stop discrimination on the basis of race is to stop discrimination on the basis of race”) he stated, “If your employees have shown overwhelmingly that they want collective bargaining, then it seems to me the free-rider concern that’s been raise is really insignificant.” Completely missing from Justice Roberts’ statement was any awareness of how people act in the real world, or half a century of social science research on collective action and the free rider problem. Instead, it’s as simple as: if they approve, then they will pay; if they don’t pay, they don’t approve.

According to the Court’s current First Amendment jurisprudence, money appears to be not only speech, but also the type of speech that deserves the highest form of protection. The problem with this view is that even if one assumes that money does represent some form of speech, it would represent among the most imprecise and inscrutable type of speech.

When someone buys a banana from Walmart, does that purchase signal that the buyer believes in Chiquita’s use of paramilitary organizations in Colombia, or affirms Walmart’s use of union-busters, or buys into the myriad of conservative causes supported by the Walmart and Walton Family Foundations? Or does it mean that the person craved a banana and found herself near a Walmart? It is impossible to know without engaging in actual speech with the individual.

In the yesterday’s arguments, Justice Breyer tried fruitlessly to point out that we have to beware in ascribing too much meaning to money. “You will go out this door and you will buy hundreds of things, if not thousands, where money will go from your pocket into the hands of people, including many government people, who will spend it on things you disagree with.” But with a quick out-of-context quote by James Madison, the attorney brushed aside Justice Breyer’s concerns.

In this case, which was purportedly all about the First Amendment, it was shocking how little speech or the political positions of the unions were discussed in the oral arguments. Indeed, though several of the Justices repeatedly cast teacher pay and merit pay as highly political issues over which teachers could disagree, it appears that Rebecca Friedrichs (the lead plaintiff in the case) actually agrees with the union on these issues.

This leads to the natural question of what happens when conservatives have completed the project of going after union money and actually go after union speech. Contrary to the picture painted by many of these conservative organizations, unions are not simply massive war chests secretly funding the Democratic Party. They are organizations that represent millions of workers each and every day in grievances, contract negotiations, the press, the legal system, the political sphere and in a variety of other domains. Unions engage in an enormous amount of “speech” on behalf of their memberships—is each and every part of that speech open to First Amendment attack?

Though it’s impossible to divine from oral arguments which way the ultimate decision will go, yesterday’s argument showed a lack of understanding on the part of some of the justices of how unions function, an antipathy towards their activities on behalf of their membership and a view of them as being at odds with the Constitution. None of that bodes well for the outcome unions are hoping for in this case.