If Education Reformers Are Concerned About a Teacher Shortage, Then Why Are They Attacking Teachers? 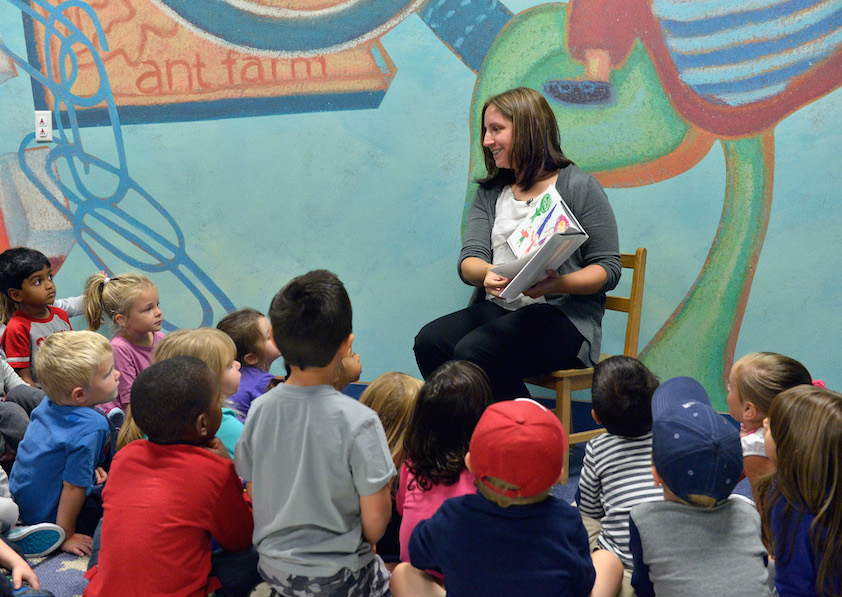 Depending on who you listen to, Minnesota’s public school teachers are either too hard to get rid of or too hard to find, hire and keep around. Thanks to two recent developments—first, a state report on teacher supply and demand, and second, a very public lawsuit aimed at challenging the state’s teacher tenure laws—this is the contradictory place Minnesota now finds itself in.

In early March, the Minnesota Department of Education put out a mandated, biennial report documenting teacher supply and demand in the state. The report shows that Minnesota is facing an alarming teacher shortage, especially in notoriously “hard to fill” positions like special education and bilingual instruction. Ninety-six percent of Minnesota’s teachers are also white, according to the report, yet one-third of the state’s student population are kids of color, due to a stated inability to find and retain teachers that look like their students. (Districts around the United States are facing similar situations, according to a 2015 report by New York Times education reporter Motoko Rich.)

School districts in rural Minnesota are also struggling mightily to attract teachers, leading a grassroots advocacy group, called MREA, to make this online declaration: “Minnesota can no longer turn a blind eye to the severe teacher shortages and long-term teacher supply issues in the state. A lack of teachers is affecting academic opportunities and achievement in our schools.” MREA has worked alongside groups such as the statewide teachers union, Education Minnesota, to make expanding Minnesota’s teaching pool a high priority for the state’s 2016 legislative session.

But on April 13, a different set of priorities emerged, as Minnesota became the third state—after California and New York—to become ground zero in a billionaire-backed war against teacher tenure and “last in, first out” seniority-based layoff rules. In St. Paul, while legislators, teachers and union advocates wrestled with how to rapidly and equitably expand Minnesota’s teaching force, a lawsuit challenging the state’s teacher tenure and seniority-based layoff rules suddenly commanded a flurry of attention.

The lawsuit was filed on behalf of a handful of plaintiffs, with the support of local and national law firms, as well as national education reform groups Students for Education Reform and the Partnership for Educational Justice. At a press conference to announce the lawsuit, plaintiff Tiffini Flynn Forslund of suburban Minneapolis framed the purpose for the case, stating that when her now-seventeen year-old daughter was in fifth grade, the girl’s teacher, considered “highly effective” by Flynn Forslund, was laid off, while other, more senior teachers kept their jobs.

Letting go of a “good teacher” just didn’t make sense, Flynn Forslund told the New York Times on April 13. (Flynn Forslund also worked with education reform groups in 2012 and 2014 to try—unsuccessfully—and change Minnesota’s laws around seniority-based layoffs.) The theme of “effective” teachers has run through the debut of the Minnesota lawsuit, with an attorney for the plaintiffs, Jesse Stewart, claiming that tenure—attainable after three years in Minnesota—allows teachers to bail out of more challenging schools, leaving “teachers who are demonstrably ineffective teaching students who need the best that’s out there.” (What makes a teacher “ineffective” is not spelled out, but the default measuring stick has been evaluating teachers by student test scores.)

The lawsuit also carries the now-familiar charge—included in both the New York and California lawsuits—that tenure provides teachers with “lifetime employment,” mostly at the expense of racially and economically isolated students. The assertion here is that schools with high concentrations of low-income students of color get stuck with the poorest performing teachers, who are protected—no matter what—by tenure laws and teacher unions.

But Minnesota seemed ready for these challenges, despite the distraction posed by the state’s teacher shortage crisis. When the tenure lawsuit dropped, Minnesota’s state education commissioner, Brenda Cassellius, immediately pushed back on the idea that earning tenure allows teacher to coast to retirement, unchecked. Cassellius flipped the concept, telling the Minneapolis Star Tribune that the state has “rigorous laws that protect due process for teachers and that, when followed, provide school administrators and school board with the authority to remove teachers.” Her point? Teachers can be fired, with or without tenure, but the process helps protect teachers from being indiscriminately dismissed.

Cassellius’s resistance may have been bolstered by an unexpected challenge to the previously successful, 2014 California case against tenure, commonly referred to as the Vergara case. On April 15, a California court overturned a lower court’s support for the Vergara case, saying that those filing the lawsuit had not shown that the state’s rules governing tenure were responsible or where teachers actually work. (A compelling reflection on teachers of color and why they leave the classroom can be found at the Hechinger Report. Notably, getting laid off is not mentioned.)

Instead, the judges pointed out, it is school administrators—not state laws—that place teachers in schools. The California judges acknowledged that “many students are ill served in California public schools,” according to a Los Angeles Times story, but did not affix blame for this on laws that govern teacher tenure. This raises a compelling point: if teacher tenure rules are not to blame for the chronic “underperformance” of students of color, than who or what is?

This may be the question the lawsuits are designed to sidestep. The New York and Minnesota lawsuits have both been backed by former journalist Campbell Brown’s group, the Partnership for Educational Justice (along with the hedge fund supported “Astroturf” group, Students for Education Reform). Brown has been famously silent about who is funding this “partnership” and its stack of lawsuits against teacher tenure; this penchant for secrecy goes back to her first foray into education reform advocacy in 2013.

Back then, Brown launched a group called the “Parent Transparency Project,” whose aim was to “bring transparency to teacher union contracts,” according to an October, 2013 article in Mother Jones. This “project” was painted as a way to call out unions, who, according to Brown, were protecting scads of sexual deviants posing as teachers. Behind the sensationalism—which was quickly disputed by union representatives, such as American Federation of Teachers president, Randi Weingarten—lurked Brown’s undisclosed connections to reform groups such as StudentsFirst, started by Michelle Rhee, or the political nature of her new “transparency project.”

Brown would not say then who was funding her attack on teacher union policies, nor did she detail the Project’s links to Republican strategists, despite claims that the group was somehow apolitical (the Project was launched in New York City, during the city’s 2013 mayoral race). Brown then established the Partnership for Educational Justice in order to bring a Vergara-like tenure lawsuit to New York state, and now, to Minnesota. (Revealing a tight circle of influence, Brown also fronts the new, education-focused news outlet, the74million.org, which then covers stories generated by Brown’s education reform advocacy groups.)

Brown, along with her Partnership for Educational Justice and its partner in tenure lawsuits, Students for Education Reform, has been linked to deep-pocketed billionaires and hedge fund managers, whose pro-school choice, pro-market based reform agenda has been well documented. As these forces bear down on Minnesota’s tenure and seniority layoff rules, they may have overlooked one crucial factor: the state’s rapidly diminishing pool of teachers.

That leads to a question: whose priorities are driving these lawsuits? At the Minnesota state capitol this spring, Republican and Democratic legislators have joined forces to propose remedies for what many are calling the teacher shortage “crisis.” Strategies put forward include teacher loan forgiveness, to address the cost of becoming a teacher, and support for “Grow Your Own” programs, to expand pathways to the profession for teachers of color.

Nowhere, in all of this bi-partisan action, are tenure and layoff rules listed as factors in Minnesota’s declining number of teachers. However, an analysis by the Minnesota School Board Association does offer a few key reasons why more people are not becoming teachers.

The first one on the list? “Lack of respect for the profession.”