The Republicans Just Passed a Platform That Would Eviscerate Workers’ Rights 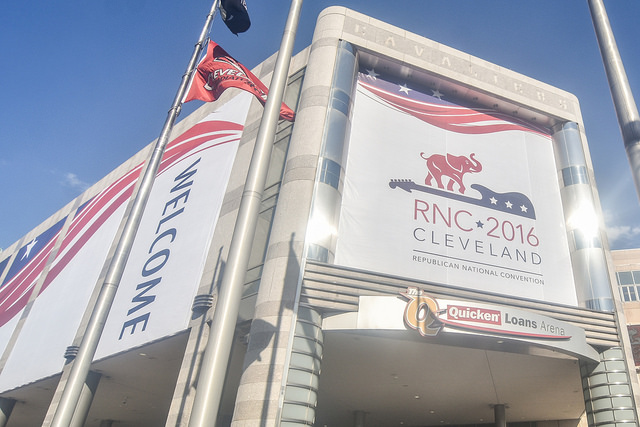 The Republican Party's official 2016 platform, released this week, proudly states “the greatest asset of the American economy is the hard working American.”

The writers must have a twisted sense of humor.

In a not particularly unexpected move, the party platform eviscerates the “hard working American,” denying workers of their right to unionize while targeting their most vulnerable communities.

Perhaps the strongest anti-union feature of the Republican Party’s platform is the call for national right-to-work (RTW) legislation. RTW laws, the bane of unions nationwide, prevent unions from collecting fees from non-members, who nevertheless benefit from unions’ grievance and bargaining services.

The platform claims that these laws will “protect the economic liberty of the modern workforce,” but in fact, they do just the opposite. According to the American Federation of Labor and Congress of Industrial Organizations, workers in RTW states make $5,791 (12 percent) less per year than workers without RTW, and are far less likely to be insured.

More importantly, RTW weakens unions by forcing them to serve those who don’t pay for their services. When Michigan approved a right-to-work law in 2012, its union membership dropped by 48,000, despite the addition of 44,000 new jobs.

The platform also targets both unionized Transportation Security Administration employees and the National Labor Relations Board (NLRB)’s presence in Native American communities, with Republicans pledging to “correct (the) mistake” of permitting TSA employees to organize, and claiming to defend tribal governments from the Democrats’ “egregious” pro-union influence.

A government for the people

“We pledge to make the government work for the people,” reads the platform, “not the other way around.” Yet for the country’s most financially vulnerable—the 3.9 percent working for minimum wage—the Republicans offer neither support nor protection.

The platform dismisses the widespread call for a nationwide minimum wage, asserting that the matter “should be handled on a state and local level,” and pledges to repeal Davis-Bacon, a 1931 act mandating that federal construction projects pay union-level (read: living) wages.

It has even less mercy for the undocumented. The platform echoes Donald Trump’s racist rhetoric with its total rejection of amnesty for undocumented workers. It also supports his proposal for building a wall between the U.S.-Mexico border, with the intent of “keep(ing) dangerous aliens off our streets.”

In the preamble to the platform, Republicans claim their plan “lays out—in clear language—the path to making America great and united again.” Yet if the Republicans’ path to greatness is to be built on the backs of American workers, it is a greatness of which we should all be wary.