A New Path to Progressivism: An Interview with Vermont House Candidate Mari Cordes 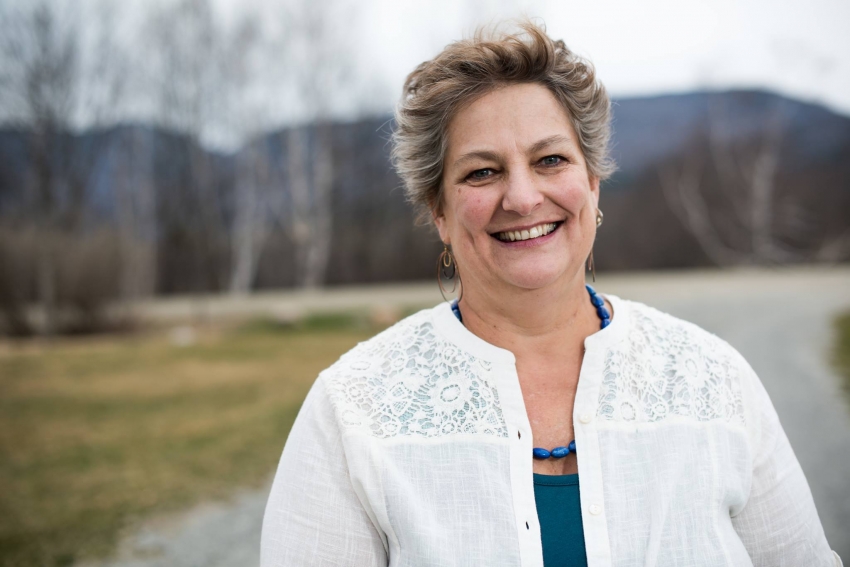 Mari Cordes is making her first run for elected office, facing off against Stephen Pilcher and incumbent Dave Sharpe in the Democratic primary. (Mari Cordes/ Facebook)

“I live with my husband and our small flock of quirky chickens on our off-the-grid homestead,” reads Mari Cordes’ campaign website.

But don’t be fooled by her humble words; Cordes is a powerhouse.

As president of the 2,000-member Vermont Federation of Nurses and Health Professionals (VFNHP), Cordes successfully fought for paid sick leave, improved health care legislation, an end to insurance discrimination against transgendered patients and increased oversight of for-profit hospital buyouts, all while working 12-hour shifts as a cardiology RN.

In the wake of Bernie Sanders’ groundbreaking progressive campaign, Cordes has set her sights on something even bigger—the Vermont House of Representatives.

On August 9, the self-described progressive Democrat will make her first run for elected office, facing off against Stephen Pilcher and incumbent Dave Sharpe in the Democratic primary.

Vermont is one of the few states with a precedent of progressive leadership. Not only have third-party progressive candidates won seats in the state House and Senate, but Sanders also hails from the Green Mountain State. Riding the wave of political optimism created by his campaign, candidates like Cordes are working to ensure that the senator’s progressive legacy will live on in local government.

In These Times recently connected with Cordes by phone to discuss her past, present and future as a political leader.

The following interview has been edited and condensed for clarity.

Why did you decide to run for office?

Running for office is a natural evolution of the work that I’ve been doing in coalition, through union and social justice activism over the last few years. I was also encouraged to run by other elected leaders a number of years ago, when we were building the paid sick days legislation that eventually did pass this year. In August of last year, I was invited to participate in a three-day training with the Progressive Change Campaign Committee, a national candidate training. So yeah, a natural evolution of the work I’ve already been doing. But I have to say, for sure, that even though I decided to run before Bernie Sanders’ kickoff, his leadership, his movement, his revolution have always greatly inspired me.

It’s clear that Bernie Sanders has galvanized politicians across the country. How has the success of his campaign contributed to your own political aspirations?

It punctuated what I already know. We succeed at creating substantive change by being together in powerful coalitions of creative people.

What is your history with the labor movement in Vermont? What successes have you helped it achieve?

I came to Vermont, and first started working on an organic vegetable farm. During that time, I decided I wanted to be a nurse. In nursing school, looking back, I was a troublemaker and an organizer. I don’t think I recognized it at the time; it was just who I was and what I did. When things weren’t right in nursing school, I organized students. And I remember when a friend of mine said that “nurses will never form unions until there are more men involved,” and that pissed me off, and that motivated me. I was very proud to be a founding organizing nurse member of our union in 2002-2003, and since then, I’ve continued as a social justice activist, working within my union, (and) eventually becoming the second president in our history.

When I was president, we had great success with building a coalition of LGBT groups and individuals, and (making) it illegal in Vermont for health insurance companies to discriminate against transgendered individuals. Because of the work that we did, Vermont became the fourth state in the nation to have such clarity around health insurance companies being required to cover transgender health care (and) transgender specific needs. We were also very involved in the paid sick day bill, early on, and we were happy to see that pass.

One of the major parts of your platform is your support for unions and workers’ rights. If elected, how do you plan to promote these causes?

When I am elected, and as a representative, I will have a backbone on workers’ rights issues. The Democratic establishment has forgotten the rights of workers and the power of the working. And the neoliberal agenda has become the norm, in the sense that many people in office believe that the things that workers are fighting for are fringe ideas instead of foundational principles of a democracy. The pendulum has swung so far to the right in the Democratic Party, as far as workers’ rights go. I will be one of the progressive members in the state House who will be standing strong to bring the pendulum back to supporting the working class.

Vermont is one of the few states in the nation where a progressive third party has succeeded in winning House and Senate seats. How can the Progressive Party’s perspective help the people of Vermont?

What do you think the legacy of Sanders’ campaign will be, both on Vermont’s Progressive Party and on the nation as a whole?

Bernie Sanders’ legacy with this campaign and the political revolution is continued, powerful organizing by an engaged electorate. (It is) the engagement of people who have not been involved for years and of young people who are newly involved, because they now realize and believe that they do have a voice. Revolutions create discomfort—that’s their nature—that’s what they’re supposed to do. And in that discomfort we are creating change.