Republicans Are Racing To Make Workplaces More Dangerous and Unhealthy 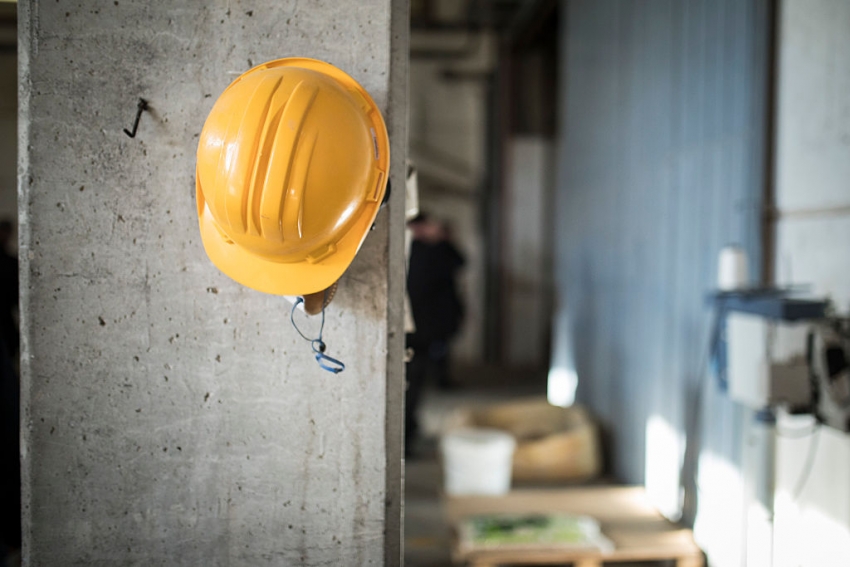 Among the targets are rules that protect the manufacturing and construction workers the Trump administration claims to support. (Photo by Florian Gaertner/Photothek via Getty Images)

“Every regulation should have to pass a simple test: Does it make life better or safer for American workers or consumers? If the answer is no, we will be getting rid of it and getting rid of it quickly,” President Donald Trump said as he signed an executive order establishing federal task forces to eliminate regulations.

In fact, the executive order criteria say nothing about making life safer for U.S. workers and consumers. Rather they focus on rules that “eliminate jobs or inhibit job creation.”

“The intent of this executive order is go to after Obama-era health and safety regulations,” said Public Citizen regulatory policy advocate Amit Narang.

The Trump administration and Congressional Republicans are moving fast. And what they’re targeting for “reform” are regulations that protect public and workplace health and safety. Among the targets are rules that protect the manufacturing and construction workers the Trump administration claims to support. The rollback of other regulations will adversely impact Americans from coast-to-coast but most seriously affect low-income and minority communities.

“Designed to destroy the system not improve it”

Ahead of any task force formation, however, Republican lawmakers are busy introducing legislation to undo health and safety protections. Many of these bills would nullify rules currently on hold, delayed by a January 20 presidential memo freezing federal regulations not yet in effect. Much of the legislation uses the Congressional Review Act (CRA), which would prevent an agency from reintroducing similar regulations. Others, including the so-called SCRUB Act (“Searching for and Cutting Regulations that are Unnecessarily Burdensome Act”) that the House has passed, would essentially put into law what Trump mandated by executive order.

Many of the health and safety protections now in jeopardy have been singled out by the Business Roundtable, an organization representing “exclusively” corporate CEOs. The group’s “Top Regulations of Concern” include Clean Air Act rules, the Obama administration’s expansion of overtime pay, rules requiring federal contractors to report wage and labor violations and to prevent Equal Pay Act violations, and standards for employer-sponsored wellness programs. This wish-list was sent to National Economic Council director Gary Cohn in a February 22 letter from the Business Roundtable leadership, a group that includes top executives from JP Morgan Chase, Lockheed Martin, Dow Chemical, Honeywell and Eastman Chemical.

“These are the guys whose baseball team Donald Trump wants to be picked for,” quipped University of Maryland School of Law professor Rena Steinzor, who served as legal advisor to the Federal Trade Commission and several House committees.

Standing by on February 24 at the executive order signing event were executives from many of these same companies, among them Dow Chemical, Lockheed Martin, Archer Daniels Midland, 3M, Johnson & Johnson, International Paper and United Technologies. When asked for an example of a regulation they would like to see repealed, seven of the nine companies present declined to do so. The two others were not contacted. (In addition, two more companies the White House listed as at the event—Campbell’s and U.S. Steel—said they had not, in fact, been present.)

International Paper expressed interest in “clarity” around regulation of carbon emissions from biomass, changes in truck and freight rail policies and a “complete overhaul” of international tax rules, but did not name any specific regulations. Dow sent a statement with a comment from its chairman and CEO Andrew Liveris saying, “there is real meat on the bones, with respect to the work this White House is doing with business leaders, such as the manufacturing group of CEOs.”

“Federal legislation is a safety net”

Currently on hold are rules to reduce air pollution and workplace exposure to the carcinogenic metal beryllium, and to clarify the Occupational Safety and Health Administration’s (OSHA) authority to hold employers to their obligation to maintain records of workplace injuries and illness. Another rule on hold would require industrial facilities that use or distribute hazardous chemicals to improve safety and emergency response plans. With the exception of the beryllium rule, all are also now the subject of CRA legislation to undo them. And some of these bills are moving quickly—passing on heavily party-line votes.

Specifically, rules on hold would bring communities in at least 15 states into compliance with existing Clean Air Act standards, particularly for ozone and fine particulate matter (PM 2.5), both of which can cause breathing problems, including lung damage, chronic obstructive pulmonary disease and asthma. According to the Environmental Protection Agency (EPA), these measures provide benefits that “vastly exceed compliance costs,” by more than 30-to-1. And, says the Centers for Disease Control and Prevention (CDC), asthma affects 1 in 11 U.S. children and 1 in 12 U.S. adults, costing the United States an estimated $56 billion annually.

On March 2, the EPA withdrew its rule requiring oil and gas companies to report methane emissions. Research led by the EPA has found that reducing emissions of methane, a potent greenhouse gas that contributes to ozone formation, can substantially reduce deaths from heart and lung disease.

Also increasing the possibility of more lung disease is delay of the OSHA’s new beryllium exposure limits. Reduced for the first time in 40 years, the rule aims to prevent chronic, incurable beryllium disease and lung cancer among the approximately 62,000 workers in the 7,300 workplaces industrial workplaces nationwide that use beryllium. It would also protect these workers’ families from being exposed through dust on clothing and vehicles.

Also now on hold and the object of CRA legislation in both the House and Senate is the EPA’s Risk Management Plan rule. Established in the wake of the 2013 West, Texas fertilizer plant disaster, it requires the country’s approximately 12,500 industrial facilities that use or distribute certain hazardous chemicals to enhance emergency management and safety plans. Industry representatives have called the rule “costly and unnecessary.” They’ve also suggested, erroneously, that the rule would endanger Americans by requiring that companies release sensitive information about chemicals at their facilities. In fact, this provision—designed to inform first responders—leaves information-sharing details to plant owners and operators. Unaware of the chemical hazards they were encountering, West, Texas firefighters lost their lives when a dangerous situation became calamitous.

“It’s the manufacturing, working communities that get hurt when these things go wrong—workers, families, first responders,” says Mike Wilson, national director of the BlueGreen Alliance’s occupational and environmental health program, who spent 13 years working as a firefighter, paramedic and EMT.

“The federal legislation is a safety net to make sure all companies are keeping up with standards, not just those that have moved ahead voluntarily,” says Wilson. “When you’re handling millions of pounds of hazardous materials, the laggards are genuine threats to public safety worker safety and to safety of first responders. And their errors aren’t confined to company property.”

On March 13, EPA Administrator Scott Pruitt, siding with a petition from an industry group that includes the American Chemistry Council, American Petroleum Institute and U.S. Chamber of Commerce, announced that the rule will be reconsidered and reopened for public comment. The petition, which also asks that the rule be rescinded, was filed just seven working days after Pruitt’s confirmation by the same businesses supporting the CRA bill introduced in the House by Oklahoma Republican Markwayne Mullin and in the Senate by Oklahoma’s James Inhofe.

At the same time, the House has already passed CRA legislation that would undo OSHA’s rule clarifying how employers keep records of serious workplace injury and illnesses, and both the House and Senate have negated the rule requiring federal contractors to fully disclose wage and other labor, including workplace safety, violations.

“This resolution,” the groups said, “will undermine workplace health and safety in the most dangerous industries.”

The same can be said of dozens of bills Republicans are now pushing through Congress with White House support.