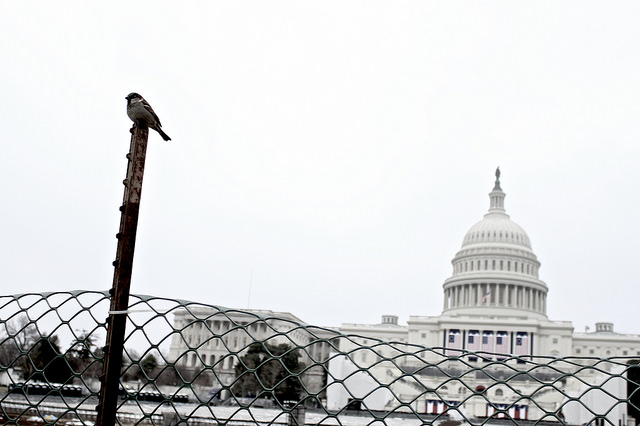 A bill Republicans have been pushing for years that undermines overtime pay just passed the House. (Jacob Resor/ Flickr)

Republicans have passed yet another bill that erodes protections for working families.

A bill Republicans have been pushing for years that undermines overtime pay just cleared the House. Called the “Working Families Flexibility Act” (H.R. 1180), it would amend the Fair Labor Standards Act to allow private companies to offer employees “comp” time instead of overtime pay for hours worked beyond a 40-hour work week.

The bill is being sold by Republicans as family friendly and “pro-worker,” allowing workers to take time off to attend to family needs. But Democrats and scores of labor and worker advocacy groups oppose the bill, saying it offers employees a false choice between pay and time off, effectively depriving workers of earned overtime without providing guarantees of family leave or stable work schedules.

The bill passed Tuesday, by a vote of 229-197, with six Republicans joining the 191 Democrats voting “no.” Sen. Mike Lee, a Republican from Utah, has introduced a companion Senate bill (S. 801) but no further action is scheduled. The Senate bill, like the House bill, has no Democratic sponsors. A spokesman for Senate Committee on Health, Education, Labor and Pensions chair Lamar Alexander, who supports the bill, said the senator "hopes to see the bill taken up by the Senate when time allows."

“With working families across the country scraping to make ends meet, Congress should strengthen protections for workers—not gut protections already on the books,” Sen. Elizabeth Warren, a Democrat from Massachusetts, said in statement. With their vote, she said, “House Republicans are actually voting to make it legal for employers to cheat their workers out of overtime pay. This is a disgrace.”

Other critics, including the American Sustainable Business Council, call the bill “badly designed, with too much potential for abuse by employers.” Concerns include potential wage theft, favoring workers who choose comp time over paid overtime and employees’ inability to use the comp time when they actually need it. A letter from nearly 90 groups opposing the bill notes that the bill provides no guarantee that workers would get their earned overtime if a company goes bankrupt or closes up shop.

The bill would allow employers to hold the cash equivalent of overtime their workers earn. Employees could then take those hours off at a later date or cash out at the end of a calendar year. Employers would also be required to pay workers overtime owed within 30 days of receiving a written request from an employee who changes her mind and wants cash rather than time off.

Analysis by the Economic Policy Institute shows how the bill doesn’t offer workers anything new and could leave them worse off financially. Or, as House Committee on Education and the Workforce Ranking Member, Rep. Bobby Scott, a Democrat from Virginia, said during the bill’s markup, “H.R. 1180 doesn’t give employees any rights they don’t already have … The bill does, however, create a new right for employers to withhold employees’ overtime pay.”

Committee Republicans say workers are being held back now by current rules and that the bill includes “numerous protections” to ensure employee choice. Democrats, however, say it does nothing to strengthen “existing workplace protections” or “flexibility.” Labor groups on record opposing the bill include the Service Employees International Union (SEIU), Restaurant Opportunities Center United, International Brotherhood of Teamsters, National Partnership for Women and Families and the Leadership Conference on Civil and Human Rights.

The legislation comes as the Obama administration’s rule to extend overtime pay to workers making up to $47,476 (double the current limit of $23,660) remains in legal limbo. That rule was expected to benefit more than 4 million workers. The bill also comes while most U.S. workers remain without access to paid family leave.

A recent Pew survey found that in 2016, only 14 percent of U.S. civilian workers had paid family leave, while 88 percent relied on unpaid family leave guaranteed to those eligible by the Family and Medical Leave Act.