As Media Focuses on Russia Collusion, Trump Is Quietly Stacking the Labor Board with Union Busters 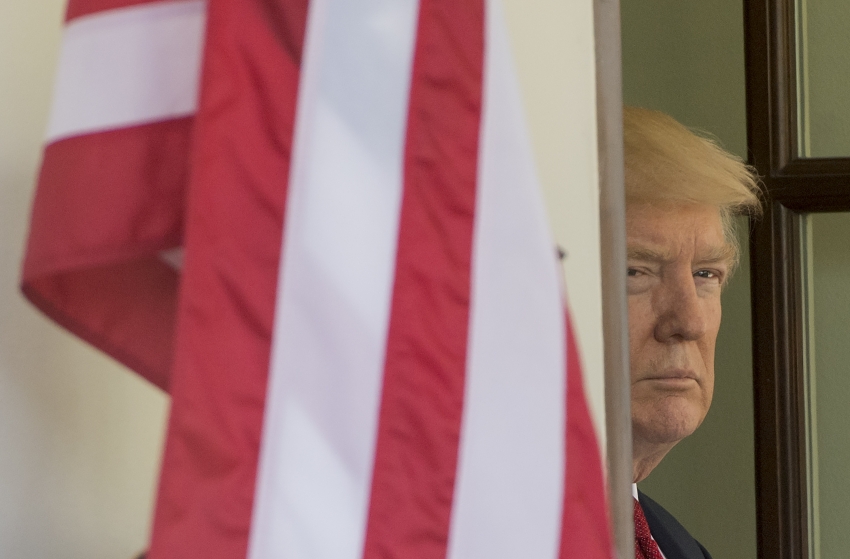 It might not get as much press coverage as other Donald Trump administration calamities, but the U.S. president is set to appoint a known union buster to the National Labor Relations Board (NLRB), push the body to a Republican majority and reverse Obama-era protections that rankle Big Business.

On July 13, the Senate Health, Education, Labor and Pensions (HELP) Committee held hearings on Trump’s two NLRB selections and his deputy labor secretary pick. All three of these men are expected to be confirmed.

William Emanuel, one of Trump’s NLRB appointees, is a management-side attorney and a member of the conservative Federalist Society. He is also a shareholder of Littler Mendelson, an infamous union busting firm that was most recently brought in by Long Island beer distributor Clare Rose to negotiate a contract full of pay cuts.

After being selected, Emanuel disclosed 49 former clients and declared he would recuse himself for up to a year if any of the companies found themselves in front of the NLRB. The list included multiple businesses that have clashed with the labor board, including JPMorgan Chase Bank, MasTec Inc, Nissan and Uber.

Uber’s ongoing skirmishes with the NLRB have, perhaps, been the most publicized. At the end of 2016, the ride-share company battled with the NLRB after the agency sent out subpoenas aimed at gleaning information about whether Uber drivers were statutory employees.

In 2016, Emanuel authored an amicus brief that defended class-action waivers in employment contracts. Workers often depend on class actions to fight sexual and racial discrimination, and their existence is an important part of upholding wage laws. The NLRB ruled that such waivers were illegal under Obama.

Emanuel was asked about Littler Mendelson’s anti-union work by Massachusetts Senator Elizabeth Warren. “You have spent your career at one of the country’s most ruthless, union-busting law firms in the country,” she said. “How can Americans trust you will protect workers’ rights when you’ve spent 40 years fighting against them?”

In response, Emanuel claimed that he would be objective whenever making decisions for the agency.

Emanuel is not the only appointee raising concern among workers’ rights advocates. Marvin Kaplan, another Trump nominee to the NLRB, is a public-sector attorney and current counsel to the commissioner for the Occupational Safety and Health Review Commission. The Kaplan pick excites business executives and their advocates, who envisioned him helping overturn Obama-era labor regulations.

At the time of the announcement, Kristen Swearingen, chair of the anti-union group Coalition for a Democratic Workplace, declared that “Marvin Kaplan will begin to restore balance to an agency whose recent and radical decisions and disregard for long standing precedent have injected uncertainty into labor relations to the detriment of employees, employers and the economy.”

The excitement is well-founded. Kaplan served as counsel for Republicans on the House Committee on Education and the Workforce. The New York Times reports, “The committee held hearings during his tenure scrutinizing prominent NLRB actions in which the witnesses skewed toward business representatives and other skeptics.” Kaplan also helped develop the The Workforce Democracy and Fairness Act, legislation that would kill a labor board rule that shortened the amount of time between when the board authorizes a workplace unionization vote and when the vote actually takes place. Since 2014, the number has been set at 11 days. But this act would increase it to at least 35, thus allowing more time for union efforts to be squashed. The legislation hasn’t passed in congress yet.

Concerns do not stop at the NLRB. Trump’s Labor Department nominee is Patrick Pizzella, a Federal Labor Relations Authority Member who was grilled by Minnesota Senator Al Franken on his ties to the infamous lobbyist Jack Abramoff. Pizzella worked with Abramoff during the 1990s to exempt the Northern Mariana Islands from federal labor regulations.

The Senate has only been in session for 10 days since the Pizzella and Kaplan nominations, and only four days since Emanuel’s. A group of civil rights and labor organizations sent the committee a letter asking for the hearings to be postponed. During her opening remarks, Sen. Patty Murray called Trump’s attempt to jam through the nominees without proper oversight “unprecedented.”

Roughly 10 workers representing the pro-labor organization Good Jobs Nation stood up during Thursday’s hearing, put blue tape over their mouths and walked out of the room in silent protest. Groups like Good Jobs Nation are concerned about a pro-business majority in the agency amidst Trump’s proposed cuts to the Labor Department.

Trump is putting the NLRB in the position to undo a number of important Obama-era labor decisions. His NLRB could potentially reverse rulings that made it easier for small groups of workers to unionize, established grad students as employees, put charter school employees under NLRB jurisdiction, and held parent companies jointly liable for with franchise operators who break labor laws. Writing about the imminent anti-union crackdown on this website in May, Shaun Richman wrote, “Unions and their allies should be convening research teams to plot out a campaign of regulatory and judicial activism. That work should begin now.”

Early in the hearing, Washington Senator Patty Murray asked Emanuel if he had ever represented a union or a worker. Emanuel explained that he worked exclusively for management for his entire career. "You just don't do both,” he told her. “It's not feasible."