HR Has Never Been on the Side of Workers. #MeToo Is More Proof. 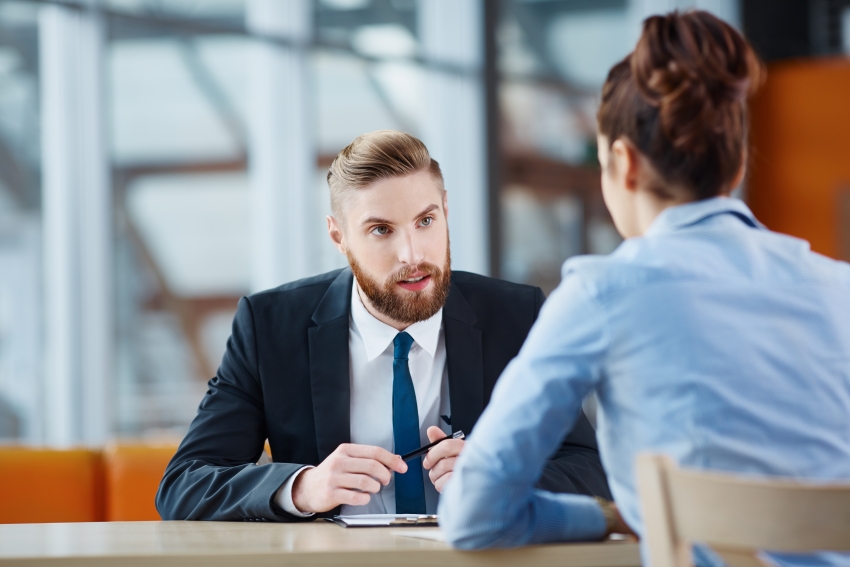 As #MeToo testimony shines new light on these industries’ cultures of rampant sexual violence, the complicity of human resources is a thread running throughout several stories of predation and retaliation. (baranq / shutterstock.com)

After human resources was informed in 2014 that Emily Nestor, former front desk assistant for the Weinstein Company, was allegedly sexually harassed by Harvey Weinstein, company officials reportedly informed Nestor that any complaints would be directly reported to Weinstein himself.

And when Helen Donahue, a former Vice employee, complained to human resources in 2015 that Jason Mojica, the head of Vice News at the time, had non-consensually groped her, she says she was told by then-human resources director Nancy Ashbrooke to “forget about it and laugh it off.”

Engineer Susan Fowler says that when she complained to Uber’s human resources department that a manager had propositioned her for sex, she was instructed to either move to a different job at Uber or continue working for her alleged harasser. A manager later threatened to fire Fowler for registering the complaint with human resources, she claims.

As #MeToo testimony shines new light on these industries’ cultures of rampant sexual violence, the complicity of human resources is a thread running throughout several stories of predation and retaliation. While some have presented HR departments as a solution, the above experiences make clear that HR is at best a distraction from the real solution to workplace abuse: collective organizing led by, and accountable to, workers themselves. As unions and worker organizations have long recognized, workplace abuse will not be corrected by benevolent management—it must be defeated by worker power.

Presented as neutral arbiters, human resources departments in fact report to management and function to shield bosses from repercussions. They emerged from early anti-union efforts and social-control initiatives implemented by notorious industry titans like the Ford Motor Company—and today often house top-down efforts to undermine worker solidarity and protect companies from lawsuits. Some labor historians and organizers tell In These Times that the present climate offers an opportunity to dispense of the falsehood that human resources departments exist to protect workers.

“Human resources departments exist primarily to keep the employer from being sued,” author and longtime labor organizer Jane McAlevey tells In These Times. “While they may play functional bureaucratic roles, the chief purpose of HR departments in my experience—after a lifetime in the labor movement—is to protect the company, not workers. Obviously they will be totally ineffective to address the sexual harassment crisis in this country.”

As Weinstein and others of his ilk now fall from grace, any effective postmortem must examine human resources among the structural foundations that uphold powerful men as they perpetrate large-scale harm.

“Treating labor as a commodity”

According to the anti-harassment policy of the Society for Human Resource Management, human resources departments are in place to help employers “prevent, correct and discipline behavior” that qualifies as “unlawful discrimination or harassment of any kind.”

Yet, the history of human resources departments tells a different story.

Elizabeth Anderson is a professor of Philosophy and Women’s Studies at the University of Michigan and author of Private Government: How Employers Rule Our Lives (and Why We Don’t Talk About It). She tells In These Times that the roots of modern-day human resources can be traced to initiatives like the Ford Motor Company’s “Sociological Department,” established in 1914. With its introduction of a $5-per-day pay rate, deemed a boost at the time, the company established codes of conduct to ensure that workers were sufficiently orderly and worthy of this sum. The Henry Ford, an organization that oversees a museum in Dearborn, Mich., describes this program:

The Sociological Department monitored employees at home, as well as on the job. Investigators made unannounced visits to employees' homes and evaluated the cleanliness of the home, noted if the family had renters, checked with school attendance offices to determine if children were attending school and monitored bank records to verify that employees made regular deposits. Sociological Department investigators also assisted workers' families by teaching wives about home care, cooking and hygiene.

“They really said they were going to govern workers’ lives,” says Anderson, explaining that such efforts were often aimed at “Americanizing European immigrants.”

In the 1920s and 1930s, the Australian sociologist Elton Mayo oversaw a series of experiments at Hawthorne Works, a Western Electric factory in Cicero, Ill. Researchers examined the impact that changes in conditions—for example, brightening and dimming lights—had on workers’ productivity. He concluded that workers perform better when researchers show interest in them—that the perception of attention and interest can itself boost output. The principle that attention is a key workplace motivator became the bedrock of the field of “human relations.” This field influenced companies to create human resources departments to give the appearance that workers are cared for and tended to.

But Peter Rachleff, a labor historian and executive director of the East Side Freedom Library in St. Paul, Minn., tells In These Times that there is a significant gap between appearance and reality. “How can you get more of this commodity for less? How can you get more labor produced by that commodity? That’s the grounding of human resources,” he says.

“Where union busters set up camp”

Early human resources departments also had other aims. Peter Cappelli, professor of management at the University of Pennsylvania’s Wharton School, tells In These Times that human resources departments emerged as “a more serious development with the rise of unions. Companies started to see them as a way of keeping unions out. They put in place practices that would buy out discontent.”

“These departments are not set up by the government, and their job is not to protect employees,” emphasizes Cappelli. “These are private organizations.”

With a spate of anti-workplace-discrimination laws and orders passed in the 1960s, including the Civil Rights Act, the focus of human resources shifted to protecting companies from lawsuits. “The idea was [companies] could shield themselves, and workers could be obliged to report their complaints to the internal process,” explains Anderson. “You get a huge incentive for larger corporations to set up human resources departments to shield themselves from liability.”

Today, human resources departments often operate in concert with efforts to undermine unions and other forms of worker organizing. In just one example, the National Labor Relations Board filed a complaint against Tesla in August 2017 charging that the company’s security guards and human resources personnel directly intimidated workers at a Fremont, Calif., factory for distributing pro-union materials—and ultimately forced them to leave the premises. The complaint states that a human-resources official “interrogated” an employee about “the employee's Union and/or protected, concerted activities and/or the Union and/or protected, concerted activities of other employees.”

As McAlevey puts it, “The human resources department is the traditional place where union busters set up camp—the office out of which union-busting firms will run union-busting campaigns.”

Of course, the absence of a human resources department is not a good in itself, and abolishing HR wouldn’t fix the problem. As Aída Chávez reported January 5 for The Intercept, The New Republic, AlterNet and The Nation Institute “had no real HR when abuses occurred” (Full disclosure: This author is a prior employee of AlterNet and formerly received reporting funding from The Nation Institute’s Investigative Fund.)

While noting that “such departments are no panacea,” Chávez argues that “the absence of any HR department at many small news outlets creates a unique vulnerability for employees, whose fates may rest entirely in the hands of their often charismatic leaders or founders.”

And indeed, the problem of retaliation and intimidation encompasses the vast majority of industries, with or without HR. A 2003 study referenced by the federal U.S. Equal Employment Opportunity Commission “found that 75 percent of U.S. workers who spoke out against workplace mistreatment faced some form of retaliation.”

Organizers have long argued that the solution to workplace harassment lies in building collective solidarity among workers—and tilting the balance of power away from institutions that are under the control of management, including but not limited to human resources.

There is no shortage of organizing efforts lighting the way. The Coalition of Immokalee Workers (CIW) highlights its worker-led Fair Food Program as a bottom-up strategy to protect some of the most vulnerable workers in the United States from a plethora of workplace atrocities, including sexual violence and slavery. The program includes a 24-hour, independent worker-complaint hotline, and worker-led political education and organizing programs. Through broad-based campaigning, CIW has forced 14 food industry giants to join their labor agreement.

From the fields to the factories, union and worker center members engage in day-to-day efforts to protect each other, by staging direct actions, organizing and enforcing contracts, and extending support and solidarity, in the many forms that takes. As McAlevey puts it, “What changes is if you have a union.”