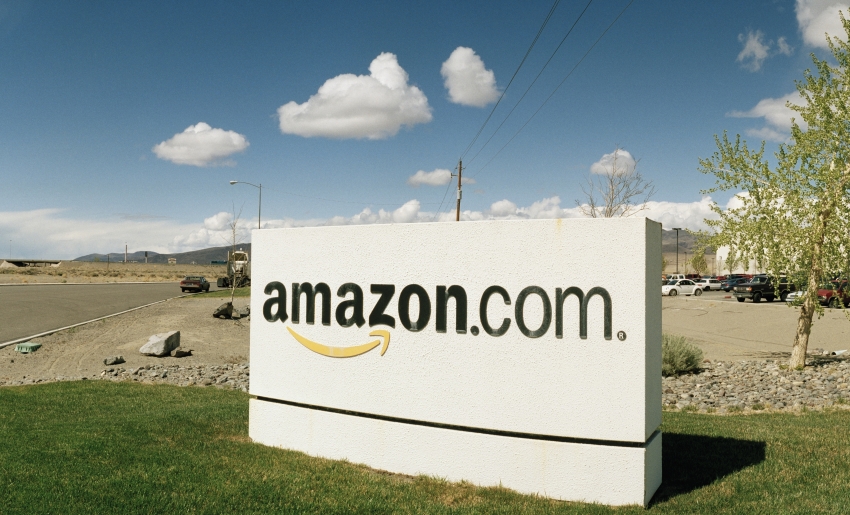 While cities across the country line up to shower Amazon with billions of dollars in tax breaks and free office space, the Seattle City Council just hit the tech and retail giant—and the city’s biggest firm—with a new tax meant to fight homelessness and fund affordable housing.

At a packed and at times combative meeting on Monday, after multiple rounds of last-minute negotiations, the Council unanimously passed an amended version of the Employee Hours Tax (EHT), which will effectively serve as a payroll tax on Seattle’s megacorporations. The passage is a major victory for progressives in the city, including councilmember Kshama Sawant, who strongly backed the corporate tax.

The EHT, widely known as the “head tax,” is aimed at businesses with more than $20 million in yearly receipts—i.e., the richest three percent of corporations in Seattle, including Amazon.  Those companies will now be taxed $275 per worker, annually, down from an originally proposed cap of $500 per worker. The tax is expected to raise about $48 million per year, funds to be spent on subsidies for affordable housing and resources for the city’s growing homeless population.

But Amazon is striking back. On May 2, the company announced that, until the vote was decided, it would call off all work on a 400,000-square-foot office block being built north of downtown Seattle—a threat the company dropped just after the new tax passed. Amazon still claims to be  “evaluating options” to sublease another 700,000-plus square feet it has leased in a skyscraper currently under construction downtown. In a statement released after the vote, Amazon said, “we remain very apprehensive about the future created by the council’s hostile approach and rhetoric toward larger businesses, which forces us to question our growth here.” The company controls nearly a fifth of Seattle’s office space, an unparalleled figure among major American cities.

“It is very difficult to take seriously a threat that essentially boils down to, ‘If you don’t continue to provide a richly subsidized operating environment for the richest corporations and their highly paid employees, we will leave you,’ says Alison Eisinger, executive director of the Seattle/King County Coalition on Homelessness. “That is not corporate citizenship as I understand it.”

The original EHT legislation was more ambitious, and would have brought in about $75 million per year. But prior to Monday, Seattle mayor Jenny Durkan indicated that she would veto the tax, forcing the majority back to the bargaining table. Durkan’s 2017 mayoral campaign featured heavy support from Seattle’s Chamber of Commerce—particularly from Amazon, which donated $350,000 to a group backing her campaign. The final version, passed by the Council 9-0, had a veto-proff majority, assuring it will become law.

“As soon as we saw that Amazon was looking for locations in other cities,” says Sawant, “our politicians sent a craven letter to Amazon saying, ‘We’re so sorry you felt unwelcome—let’s hit the refresh button.’”

“When was the last time struggling renters got a letter from their city,” she asked, “saying, ‘We’re so sorry you felt unwelcome! We’ll work to get you affordable housing?’”

Washington, despite its liberal reputation, is already a low-tax state. It has no personal income tax, no corporate income tax, and leans heavily on its relatively low sales tax. According to the Institute on Taxation and Economic Policy, a non-partisan think tank, Washingtonians live under the country’s most regressive tax regime.

“Our state is woefully behind in being able to secure revenue in a way that can meet our basic needs,” Eisinger says. She emphasized that—although Amazon is in the spotlight—there is much more to the debate than the company’s retaliation.

“This is not about Amazon,” Eisinger says. “Amazon has succeeded, in a rather ill-conceived way in making it largely about them. But the idea is that the biggest businesses should be able to put a very modest portion of their profits toward addressing a critical and desperately underfunded community need, so that this community is better for their employees and their customers.”

Untaxed state income is a revenue loss for Washington, but a win for Seattle’s legions of tech workers, who are some of the best paid nationwide. Thanks to firms like Amazon, where software engineers’ starting salaries are typically in the six figures, Seattle is seeing some of the nation’s fastest wage growth—but almost all in high-dollar jobs.

Unlike most U.S. tech giants, Amazon is headquartered in a major metropolis, counting on its infrastructure, and the amenities of city life, to attract top talent. Amazon made a “very conscious decision” to use the city as a draw, its vice president for real estate told the Seattle Times.

Other startups-turned-giants are following suit. Google, Facebook, Groupon, Uber, Airbnb and other firms have set up shop in Seattle—bringing in high-value jobs, but using a growing share of the city’s infrastructure. The city has had to add buses to one transit route partly to accommodate Amazon’s hundreds of summer interns, and some smaller companies complain that it’s increasingly hard to rent office space when owners can hold out for Amazon or other huge firms to lease whole floors or buildings.

Above all, the problem is housing. Seattle’s rents are up 65 percent since 2010, and rose 30 percent from 2014 to 2017 alone, due in part to demand from tech hires. “Amazon is behind the biggest rent increase last year,” read a February MarketWatch headline on rent hikes in nearby Tacoma

Meanwhile, demand for single-family homes has pushed average house prices close to $1 million. Forty percent of Seattle homes now sell at or above that price. And—further raising rents—high home prices are driving more families into the rental market, with Seattle now on the verge of becoming a majority-renter city.

“I’m a native Seattleite, and Amazon has had a huge impact,” says Katelyn Morgaine. Morgaine is a case manager at Downtown Emergency Service Center, an organization serving Seattle’s homeless. “None of my coworkers can afford market-rate rent,” she says. “We’re living on top of each other in apartments or wherever we can.” Morgaine claims that some of her coworkers “live in publicly subsidized buildings right next to their clients.”

More than ninety percent of homes now being built in Seattle will be rentals, but with the influx of six-figure jobs, developers may have little incentive to build tens of thousands of units of affordable housing. And Seattle lacks the extensive tenant protections of cities like New York, where renters have long been the majority. Seattle’s City Council has yet to overturn Washington’s state ban on rent control.

The crisis has been especially tough on working-class and poor Seattleites. An analysis by salary comparison site PayScale found that a typical Seattle retail worker would end the year $11,000 in debt after paying for their basic needs. A typical tech worker, on the other hand, would end up with nearly $60,000 in discretionary income.

“We are not opposed in any way to the tech workers, who actually do the work that generates all of Amazon’s profits,” Sawant says. “We don’t begrudge any part of the working class making a decent standard of living. But one of the ways in which Amazon changes the landscape of the economy is by the fact that, except for the tech workers, the other workers who keep Amazon’s campuses running make very, very low wages.”

In 2015, Seattle legislated a minimum wage hike, which will reach $15 per hour for all workers in 2021. But median rent increases have matched or outpaced minimum wage hikes, meaning that the lion’s share of many minimum-wage workers’ raises has gone to their landlords.

Homelessness has spiked to match. King County, where Seattle is located, sits behind only New York and Los Angeles for total number of homeless residents, although the county ranks 13th nationwide for population. Almost a quarter of homeless Seattleites have cited housing affordability as the main reason they were homeless.

“What is visible is a really close correlation in the increases in rent and the increase in the number of people who are homeless,” Eisinger said, citing a recent McKinsey & Company report on homelessness in King County.

Other cities with tech booms have seen similar problems. In California, San Francisco and San Jose have also seen chart-topping gains in median wages—like in Seattle, the gains are concentrated among high earners—along with massive housing shortages and out-of-control rent spikes.

As in Washington, California’s state limits on rent control mean cities’ hands are tied, for now, on the price front. But a progressive corporate payroll tax in tech-dense cities opens the door to providing new affordable housing, shelters, and services for homeless and at-risk residents.

"This housing crisis did not happen in one day,” Sawant says. “It happened not only because of negligence on the part of the city, but because of a very clear orientation toward what benefits corporations.”

Amazon paid no federal taxes in 2017, and expects a tax break of nearly $800 million from the new GOP tax law. In Washington, the company’s state and local tax burden of $250 million represents about eight percent of net profits—or about one-tenth of one percent of last year’s revenue. The Employee Hours Tax would bump Amazon’s state and local tax bill to about $260 million.

In other words, the cash value of the tax is a drop in the bucket—compared not just to Amazon’s existing tax burden but to its savings under the new tax code. But the tax fight might be an important one for Seattle’s favorite megacorporation.

“Almost everything that we value and need in our state is paid for by property and sales tax,” says Eisinger. “We have very few options at the local level for bringing in revenue any other way.” That arrangement, she points out—along with natural beauty, quality healthcare, arts and culture, and a large research university—is a draw for large companies.

The popular blowback to new property and sales taxes is well documented. If the law passes, Seattle’s politicians might find that taxing eight-figure corporations is less politically risky, in the long run, than taxing shoppers or homeowners.

“The reason there’s national attention on this,” Sawant says, “is that I think this will be a bellwether for other cities, like $15 dollars an hour.” The Fight for 15’s victories in the Seattle area helped drive the movement into national headlines, reshaping the national debate on wages.

“Just in November of last year,” she says, “the majority of the City Council voted no on a similar tax. It shows you in a very direct and live manner what you can achieve by building a movement.”