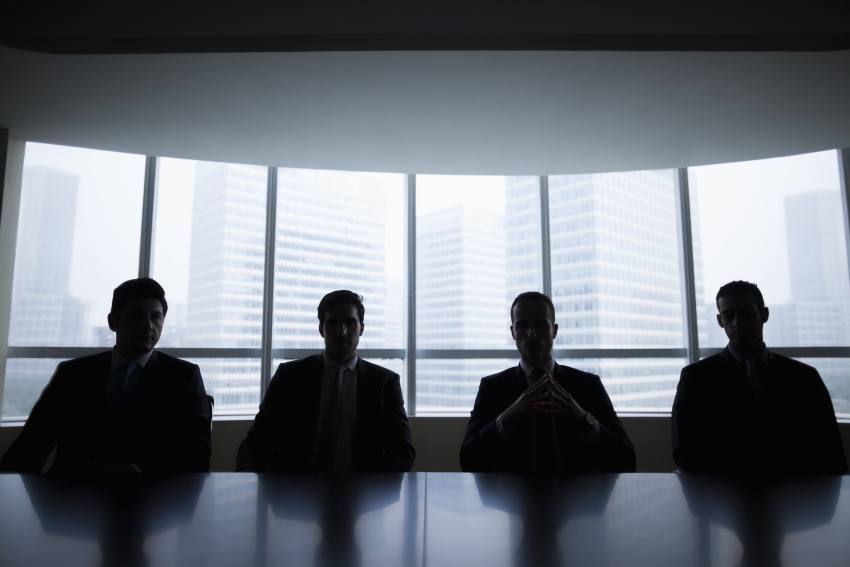 Mandatory arbitration agreements allow bosses to impose their will on workers. (Getty)

Trump-appointee Justice Neil Gorsuch begins his decision for the majority in Epic Systems v. Lewis, the landmark arbitration case decided Monday at the Supreme Court, with a simple set of questions: “Should employees and employers be allowed to agree that any disputes between them will be resolved through one-on-one arbitration? Or should employees always be permitted to bring their claims in class or collective actions, no matter what they agreed with their employers?” Justice Gorsuch and the rest of the five-Justice conservative majority answered the first question in the affirmative and the second question in the negative. In so doing, the Supreme Court has ushered in a future where almost all non-union private sector workers—nearly 94 percent of the private sector workforce—will be barred from joining together to litigate most workplace issues, including wage theft, sexual harassment and discrimination.

The decision incorrectly holds that because the Federal Arbitration Act requires courts to treat arbitration agreements on equal footing with other contracts, the National Labor Relations Act, which explicitly protects workers who engage in concerted activity for mutual aid or benefit, does not protect workers’ rights to litigate claims at work. But the problem with the ruling goes much further: The entire decision is premised upon a massive fiction: that these arbitration agreements, wherein the worker loses all access to court to bring a collective action with her fellow workers, are the result of an agreement between the workers and the employer. In reality, arbitration agreements are mandatory rules imposed unilaterally by the employer—not two-sided agreements.

On April 2, 2014, Jacob Lewis, who was a technical writer for Epic Systems, received an email from his employer with a document titled “Mutual Arbitration Agreement Regarding Wages and Hours.” The document stated that the employee and the employer waive their rights to go to court and instead agreed to take all wage and hour claims to arbitration. Furthermore, unlike in court, the employee agreed that any arbitration would be one-on-one. This “agreement” did not provide any opportunity to negotiate, and it had no place to sign or refuse to sign. Instead, it stated, “I understand that if I continue to work at Epic, I will be deemed to have accepted this Agreement.” The workers had two choices: immediately quit or accept the agreement. This is not the hallmark of an agreement; it is the hallmark of a mandatory rule that is unilaterally imposed.

When Lewis tried to take Epic Systems to court for misclassifying him and his fellow workers as independent contractors and depriving them of overtime pay, he realized that by opening the email and continuing to work, he waved his right to bring a collective action or go to court. It is estimated that approximately 60 million Americans have already been forced to sign such individual arbitration agreements, and with Monday’s decision, they are certain to spread rapidly.

From the opening questions of the decision to the subsequent analysis, Justice Gorsuch and the conservative majority completely paper over the forced nature of these “agreements.” Gorsuch describes the facts of this case thusly: “The parties before us contracted for arbitration. They proceeded to specify the rules that would govern their arbitrations, indicating their intention to use individualized rather than class or collective action procedures.” In addressing why it is necessary to honor the waiver of class or collective action, he writes, “Not only did Congress require courts to respect and enforce agreements to arbitrate; it also specifically directed them to respect and enforce the parties’ chosen arbitration procedures.”

But the workers in this case had no meaningful input or opportunity to negotiate the issue of arbitration. Describing the worker’s decision to open an email and not quit his job immediately in this manner is at best delusional and at worst deceitful.

The entire structure of the Supreme Court’s modern jurisprudence on arbitration agreements and class-action waivers is built on the idea that it is proper, appropriate and preferred for those in power to force others to waive their rights. But it wasn’t always this way. In 1925, Congress passed the Federal Arbitration Act (FAA), which sought to address the animosity some judges had towards arbitration, by requiring judges to treat arbitration agreements like other contracts. A 2015 Economic Policy Institute report describes the FAA as something that was  originally intended to be applied “to a narrow set of cases—commercial cases involving federal law that were brought in federal courts on an independent federal ground.” In essence, the FAA was designed so that businesses that negotiate contracts with each other can choose have their claims heard by an arbitrator of their choosing. “But,” the report explains, “in the 1980s, the U.S. Supreme Court turned the FAA upside-down through a series of surprising decisions. These decisions set in motion a major overhaul of the civil justice system. It is no exaggeration to call the Supreme Court’s arbitration decisions in the 1980s the hidden revolution of the Reagan Court.”

The modern case that opened the door to the flood of arbitration agreements was a 2011 Supreme Court case involving a couple that wanted to bring a consumer class action against AT&T to challenge a practice where cell phone companies offered “free” phones, but then charged customers the sales tax on the full value of the phones. Justice Scalia, writing for the five-Justice majority, treated the cell phone contract as something negotiated by the parties. He extolls the virtues of allowing these types of agreements because “affording parties discretion in designing arbitration processes is to allow for efficient, streamlined procedures tailored to the type of dispute.” Scalia finds no issue with the fact that only one party here had power, and that it can be said with certainty that in the history of the world, no one has ever negotiated a cell phone contract with a carrier.

Now, to engage in most activities, from signing on to social media to buying a phone or airline ticket to putting a relative in a nursing home, one is provided a forced contract with an individual arbitration clause hiding inside. After Monday’s decision, it will be unlikely that many will be able to accept or remain at their jobs in the private sector without similarly waiving their right to go to court or act collectively to redress their rights.