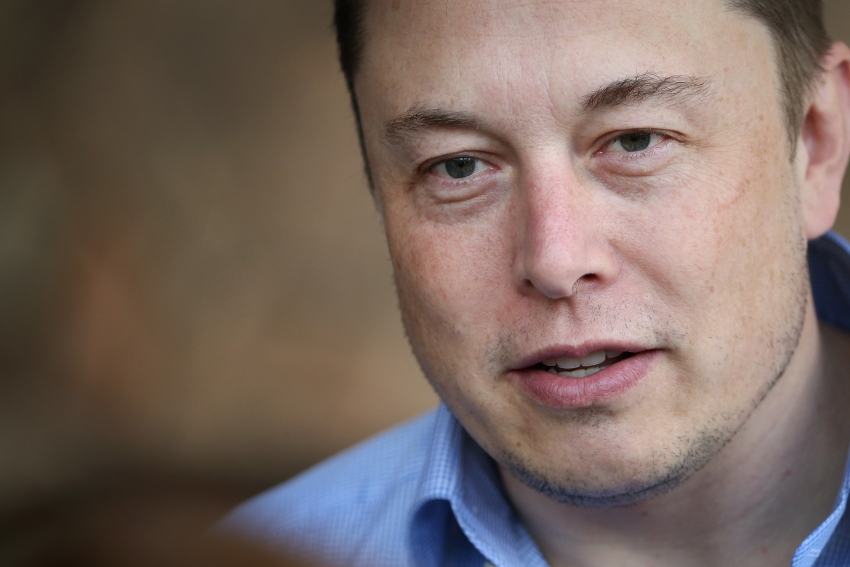 Since 2013, Tesla has fought unfair-labor-practice complaints from the NLRB, insisting it’s not a union buster and that it maintains a safe factory. However, just a week before the company went in front of a judge to face some of these accusations, Tesla petitioned the state of California to get around a new labor regulation that would require the company to be certified as a "fair and responsible workplace.”

On June 11, Michael Sanchez, a Tesla employee who is currently out on medical leave, testified before an NLRB administrative law judge, claiming that he was asked to leave the company’s Fremont factory by a supervisor and security guards in February 2017 after he attempted to hand out pro-union literature. The hearing is part of a wider complaint that was originally filed against Tesla by the NLRB last August.

Tesla has denied these allegations, insisting that the company is being unfairly targeted by labor groups looking to sow division among workers.

However, just one week before Sanchez’s testimony, the company sent a letter to the California Labor and Workforce Development Agency asking to be exempt from a new state rule that would require the company to be certified as a “fair and responsible workplace” in order for Tesla customers to receive state rebates for buying electric cars. Those rebates are viewed as key enticements in Governor Jerry Brown’s plan to put 5-million zero emission cars on California’s roads by 2030.

Governor Brown stuck the rule into his cap-and-trade legislation from last year, in a move that was perceived as a win for organized labor. However, Tesla believes that the provision effectively means that the state has picked a side in the company’s labor battles and is unfairly singling them out.

“To be sure, Tesla is not perfect–no company is,” reads the letter, dated June 4. “But any objective analysis of our workplace, as opposed to the selective use of unrepresentative anecdotes in a company of almost 40,000 employees globally, demonstrates we are a leader in the workplace. There should be absolutely no question that we care deeply about the well-being of our employees and that we try our hardest to do the right thing.”

On May 23, the state put out a concept paper for public comment, which detailed how the new rule would potentially be enforced. As part of their application process for the customer rebates, companies would have to submit information about their workplace practices to the state. This would include information about the company’s illness and injury prevention program, the recordable worker injury rates, nondiscrimination measures, and policies for investigating workplace complaints, wage violations and safety concerns. Manufacturers would also have to submit a list of citations and charges brought against them by government agencies and any criminal charges that have been brought against them for workplace issues within the last five years.

The concept paper will be revised with the accepted comments, and then the unions will push for the final document to become law. The government agencies have suggested that full certification commence in two years, but the United Auto Workers (UAW) union, which has been pushing to unionize the company’s factory, wants it to take effect by July 2019.

In addition to the aforementioned NLRB complaint, which encompasses a number of different accusations, Tesla is also facing several discrimination lawsuits from former employees. Last November, a former African-American worker named Marcus Vaughn sued the company claiming that coworkers and supervisors consistently referred to him by the n-word. Vaughn alleges that when he complained about the treatment, he was fired for not having a positive attitude.

Tesla CEO Elon Musk has repeatedly defended the company’s safety record publicly. In May, he went on a lengthy Twitter rant attacking the media for covering Tesla negatively, focusing specifically on a Reveal report that detailed how the company left workplace injuries off their books. Musk also criticized the UAW and declared that his employees didn’t actually want a union. “Nothing stopping Tesla team at our car plant from voting union,” Musk tweeted. “Could do so [tomorrow] if they wanted. But why pay union dues & give up stock options for nothing? Our safety record is 2X better than when plant was UAW & everybody already gets healthcare.”

When asked to explain what he meant by the stock option comment, Musk shifted to an observation about the Revolutionary War: “US fought War of Independence to get rid of a 2 class system!” Musk wrote, “Managers & workers [should] be equal [with] easy movement either way. Managing sucks [by the way]. Hate doing it so much.” Musk’s net worth is estimated to be about $18.2 billion currently.

The new rule and the NLRB hearing comes amid additional bad news for Tesla and its employees. After misjudging the speed at which they could produce their Model 3 vehicles, the company laid off more than 3,000 people—about 9 percent of their workforce. “We made these decisions by evaluating the criticality of each position, whether certain jobs could be done more efficiently and productively, and by assessing the specific skills and abilities of each individual in the company,” Musk wrote to the company in an email. “As you know, we are continuing to flatten our management structure to help us communicate better, eliminate bureaucracy and move faster.”

The rule could be codified as early as July.