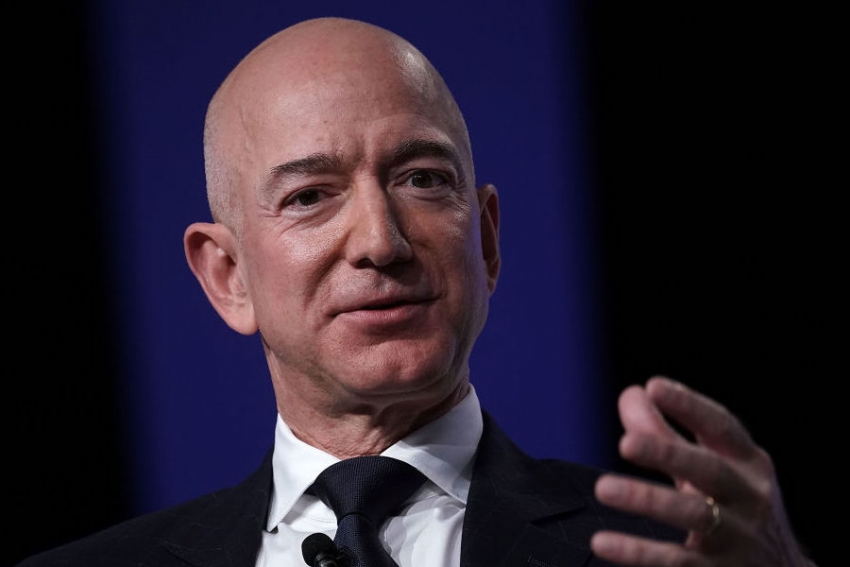 "We write to express our alarm at recent reports that your company is distributing anti-union materials to Whole Foods managers that directs and encourages potentially illegal interference with the rights of thousands of workers."

After a leaked training video provided a rare glimpse into the aggressive tactics Amazon deploys to prevent its workers from organizing and bargaining for better working conditions, Sens. Elizabeth Warren (D-Mass.) and Bernie Sanders (I-Vt.) sent a letter to CEO Jeff Bezos on Wednesday expressing alarm at his trillion-dollar company's "potentially illegal anti-union behavior" and demanding a copy of the full video.

"It is important to recognize that workers' rights do not stop at the minimum wage, and raising the pay of your lowest-paid workers, while important, does not give you a free pass to engage in potentially illegal anti-union behavior," the senators wrote, referencing Amazon's recent decision to raise the minimum wage of its U.S. employees to $15 an hour in the face of massive grassroots pressure.

"It is also important to note that, absent a union, Amazon remains free to unilaterally cancel the increase or make other cuts to compensation," Sanders and Warren continued. "Unfortunately, Amazon's recent conduct provides a telling example: immediately after announcing the wage increase, Amazon cut bonuses and eliminated stock options for warehouse workers."

As Common Dreams reported last month, the 45-minute training video—which was distributed to managers at the Amazon-owned Whole Foods—instructed company leaders on how to spot "early warning signs" of potential unionization efforts among employees.

Two such warning signs, according to Amazon's video, are workers "suddenly hanging out together" and using "union words" like "living wage."

It speaks volumes to how Amazon views its workers when they use paranoid rhetoric toward unionizing like "unusual group behavior" pic.twitter.com/Ope6Ur53tb

In their letter, Sanders and Warren also demanded that Bezos explain "disturbing allegations" that Amazon has recently fired workers who have raised concerns about the company's low pay and poor working conditions.

Such retaliation, the senators note, would constitute a serious violation of federal labor law.

"Protections for workers to join together in their workplaces to fight for higher wages, stronger benefits, and better conditions—with or without a union—are fundamental to lawful labor-management relations and have been enshrined in federal law for nearly a century," Sanders and Warren concluded. "Enforcement of these protections is crucial for ensuring that working people have the basic tools to express themselves and their concerns, to do so collectively with other workers if they choose, and to have meaningful opportunities to fight for a better life for themselves and their families."

This story was first published on Common Dreams.