Working-Class Journalism in the Age of Oligarchs 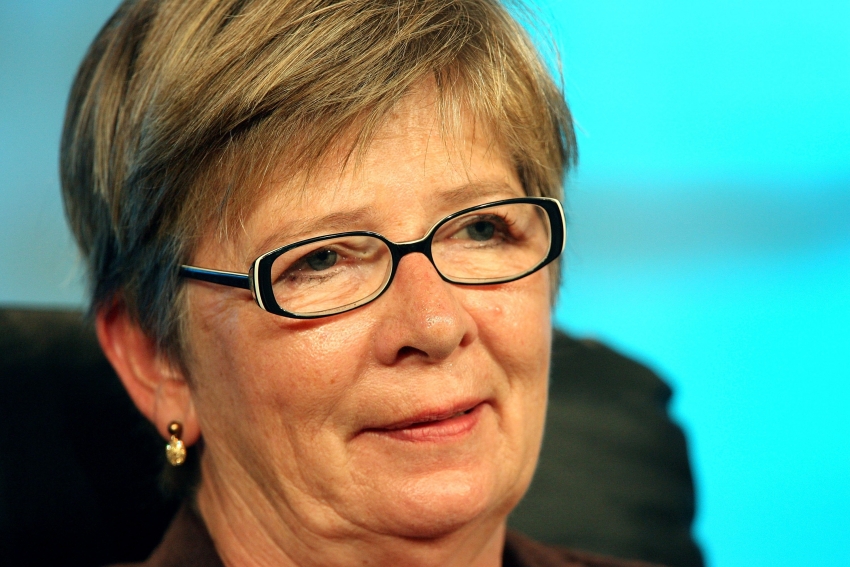 Barbara Ehrenreich is a journalist and author known for her illuminating—and often searing—writing about poverty in America. On November 27, King Willem-Alexander of the Netherlands gave her the 2018 Erasmus Prize in the Royal Palace in Amsterdam. Here are her remarks.

Wow. Amsterdam is completely disorienting to an American. I’ve been here for more than a week and haven’t heard a single gunshot. Even the dignitaries, like the king and queen, are warm, kind people. When I met the Dutch ambassador to the United States last spring, in connection with this prize, he was so pleasant and jolly that I had to question his credentials.

And now this: For me, this is like a fairy tale come true. We’re in the royal palace! With the king and queen! And I’m here with everyone I love including all the people who have enabled me and inspired me for so many years! Thank you so much to all the Dutch people not only for the Erasmus Prize but for this unforgettable moment!

Well of course I’m saying all these nice things about The Netherlands in the hope that you will, when necessary, grant me refugee status. Me, my family and friends, that is.

One thing about this country that is strange, even exotic, to an American is that you seem to lack the steep class divisions that are so visible almost everywhere in my country. You may eventually get to the same divided condition as my country – this is the way most industrialized countries are trending – but at least for now, the Dutch welfare state remains strong enough to prevent that from happening. In the US, by contrast, we have virtually no welfare state to protect the poor and downwardly mobile, and the results are visible even to tourists.

Take Manhattan, that once-beautiful island that, according to legend, the Dutch bought from the Indians for $24—and that’s a real estate deal that even Trump would have to admire. Today, Manhattan land sells for up to $10,000 a square foot, so $24 would get you next to nothing.

One sad consequence of the current prices is that only the super-rich can afford to live in the upper story apartments where the sun still shines. Walk around on the sidewalks of Manhattan today and you will be in the perpetual shade of the sky-scrapers housing American—and Russian and Chinese—billionaires. Actually, you’ll be in the shade of the empty apartments of the super-rich, because when you have six or seven homes you can’t be in any one of them much of the time.

I have spent a lot of time in that shade. I was born into the relative poverty of a working-class family in Montana and spent a good portion of my adult life struggling economically—partly because I chose to be a writer and a journalist. This seemed like a good fit for me because I’d been educated as a scientist, and journalists have the same goal—finding the truth and getting people to pay attention to it.

At the beginning of my career, I could earn enough to support my family, at however minimal a level. But starting in the 1990s that began to change. Newspapers and other news outlets were taken over by large corporations that were concerned only about the bottom line. They cut their staffs, including journalists, and closed those magazines and newspapers that weren’t making enough money, at least by the standards of their new owners, with the result that, today, writers aren’t paid well when they’re paid at all.

To make things worse, I often chose to write about poverty—about all the people who are left out of America’s fabulous wealth, who try to get by on about $10 and hour while raising children and paying exorbitant prices for rent and medical care. This seems so unfair to me, so easily fixable. Why not, for example, open up the empty sky-high apartments of the super-rich as squats for the homeless while their super-rich owners are off in London or the Caribbean?

But this, of course, is not the kind of thing that the new super-rich owners of the media business want to hear. I found the demand for my kinds of stories diminishing. Editors urged me to write less about economic inequality and more about “feminine” topics like the first lady’s fashion choices and the secrets of success of female CEOs. I could no longer make a living in journalism, and had to find other ways to support myself.

What is worse, I could not be sure I was actually making a difference. I had started in the 1980s doing the conventional type of journalism: interviewing people and getting their stories published. This was my way of debunking the common prejudice that the poor are only poor because they want to be – because they don’t make an effort, or because somewhere along the way they forgot to get an education for a high-paying career.

I got some praise for “giving a voice to the voiceless” but nothing changed. In fact, things were only getting worse: Wages started going down relative to the cost of living, the welfare state began to disappear and unions were becoming weaker.

So I decided to turn things up a notch, to try “immersion journalism,” in the style of the German journalist

Gunter Wallraff who went undercover to report on the lives of Turkish guest workers (I had not heard of him at the time). I left home, found the cheapest housing I could, and took the best paying jobs I could find—as a waitress, a hotel housekeeper, a cleaning lady, a nursing home aide and a WalMart employee. I didn’t deliberately select these jobs: They selected me. These are the only kinds of jobs I could get without using my actual credentials. (Not that my credentials would have helped, since I never did see a job advertisement for a political essayist, especially not a sarcastic feminist political essayist.)

To my utter surprise, the book that I wrote about my experiences became a bestseller, and helped reinforce the ongoing movement for higher wages. To my even greater surprise, many people praised me for my bravery for having done this – to which I could only say: Millions of people do this kind of work every day for their entire lives—haven’t you noticed them?

And I learned a very important lesson: I never use the word “unskilled” anymore to refer to anyone’s work. I learned the hard way that every job takes skill, intelligence and concentration—and should be paid accordingly.

Now I’m in my third and final phase of my personal campaign for social justice. Six years ago, it struck me that people living in poverty—or near poverty—don’t need someone to “give them a voice.” They have voices and they know what they want to say. They just need some help, some support to allow them to write and help them get published.

So I created something called the Economic Hardship Reporting Project for exactly that purpose. In our 6 years of existence, we have raised money from philanthropists to help support over 100 people: factory workers, house cleaners and many professional journalists who have fallen on hard times.

We’ve turned some lives around. We’ve called attention to issues no one was thinking about, like the plasma business, which pays poor people for their vital blood proteins, at considerable cost to their health. Or the growing number of childcare centers that operate 24 hours a day, because their parents have to work pretty much around the clock. We’ve called attention to homeless Americans who live year-round in tents, and the epidemic of suicides among American farmers.

We are very proud of what we do. Some of our people have won prizes and awards. All of them have had their work published in widely read media outlets. A few have gotten book contracts or actual paying jobs. We like to think that we’re making a difference.

And maybe we are. But it’s a tiny difference compared to what needs to happen. And I guess that’s the story of my life as a journalist: You try and try to bring attention to what is really happening and to all the unnecessary pain in the world. Most of the time you fail. You don’t change the world. You may not even get paid for your work.

But once in a while, very rarely, you are recognized and applauded for what you are trying to do. This is one of those moments—and not only for me. I am encouraged and emboldened to work even harder for a just and equitable society, as are my many friends and colleagues and loved ones. I thank you on behalf of all of them.

Barbara Ehrenreich, a journalist and author, first wrote for In These Times in 1977. Her recent books include Bright-sided: How Positive Thinking is Undermining America, Nickel and Dimed: On (Not) Getting by in America, and Blood Rites: Origins and History of the Passions of War. She has been a regular contributor to The Progressive, Harper’s, Time and In These Times, where she is a contributing editor.