Unions Across America Are Screaming For Paid Sick Leave and Healthcare 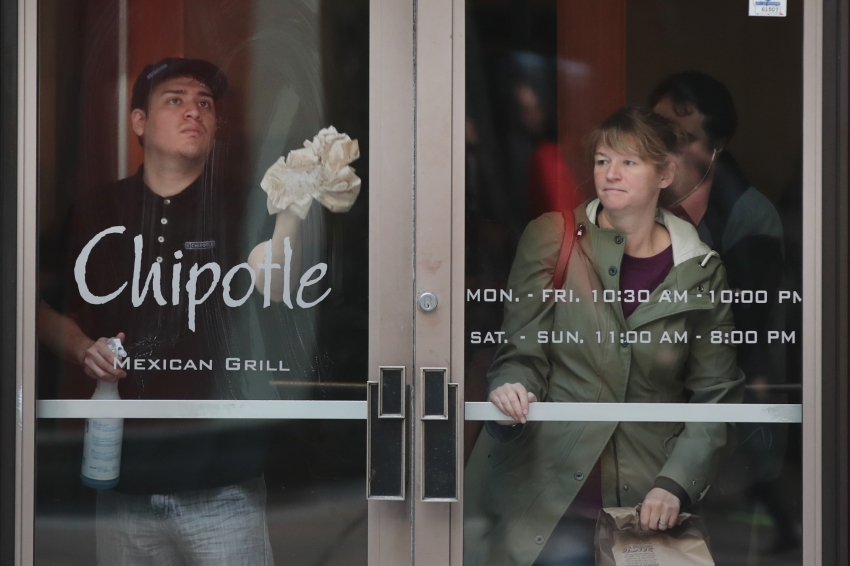 Diners eat at a Chipotle restaurant on October 25, 2017 in Chicago, Illinois. (Photo by Scott Olson/Getty Images)

As coronavirus spreads, sowing panic and economic dislocation, unions across the country are using the crisis as an opportunity to call for priorities that were dismissed as left-wing fantasies not long ago—and now seem like common sense.

Virtually every union with members in a position to be exposed to the illness itself or to its economic side effects (which is to say, almost everyone) has reached out to members with tips about how to navigate the crisis. Many, particularly those representing front-line service workers, are also speaking to reporters, holding press conferences, and issuing press releases about the failings of the government and corporations to deal effectively with the needs of working people. AFGE, which represents federal government workers, criticized the Trump administration’s lack of guidance about what to do as the virus spread. The Association of Flight Attendant’s called Trump’s European travel ban “irresponsible,” and criticized the administration’s “failure to adequately test for the virus, failure to contain the spread, suppression of advice from leading scientists, and failure to consult with stakeholders.” Most unions called for immediate paid sick leave policies, some targeting individual companies where union members work, and others calling on the government to create a national paid sick leave program to bring the United States in line with the standards of the developed world.

Demands of different unions vary based on their membership, but all coalesce around public health and economic security. The Chicago Teacher’s Union called on city leaders to promise that teachers and staff would not lose any pay in the event of a school shutdown. It also broadened its focus to the entire community, demanding that “the City take all action within their authority to support fifteen days of paid sick leave for all CPS parents and Chicago residents.”

The SEIU is running several different campaigns at once that focus on needs exposed by the coronavirus crisis. The union represents doctors in training, and launched a “Hospital Interns, Residents and Fellows Bill of Rights,” calling for better wages and working conditions, as well as a right to unionize. In New York, where 32BJ SEIU represents thousands of airport workers, the union held a press conference calling for the passage of a state law that would require employers to give a health insurance subsidy to those workers—including subcontractors—many of whom cannot currently afford health insurance.

Massive, nationwide public fear of an infectious disease is a great way to get people to care about the health of the working people they come into contact with in their daily lives. Even the most conservative Republicans have now acquired an intense desire to ensure that the people who drive them around, serve their food, ring them up at stores, and take care of them at hospitals are not sick. Unions are trying to use this newfound leverage to score gains that can last past the day when the coronavirus dies down.

Perhaps the most bluntly effective campaign is now being waged by Chipotle workers in New York City, who are trying to organize with SEIU. Workers went on strike last week, charging that the company is violating the city’s paid sick leave laws by retaliating against employees who take time off. To put a fine point on it, the union quoted Chipotle worker Carlos Hernandez in a press release: “Several times in my year at Chipotle, I’ve gotten sick and had diarrhea while at work," Hernandez said. "Every time this happened, I went to the on-duty manager, let them know I had diarrhea, and asked to go home. Unfortunately, every time I did this, the manager merely told me to switch from the grill, where I normally work, to washing dishes or working the cash register."

With diarrhea and the coronavirus on their side, working people may achieve fair health care at last.