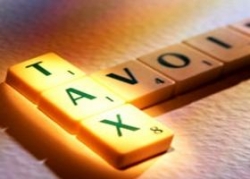 The deficit and budget cutting have been given massive amount of attention in the press. At least a dozen different proposals—from the Obama administration, Republicans in the House, Democrats in the Senate, deficit commissions,and others—are now debated daily. But as proposals and programs for deficit cutting at the expense of social programs proliferate, no one is discussing how creating jobs for the 25 million currently unemployed would essentially resolve the budget deficit and eliminate altogether the need to cut Social Security, Medicare, Medicaid, and other programs.

One of the major causes of current high, chronic levels of unemployment in the United States is offshoring by U.S. corporations. Less well known, however, is that these same multinational corporations are a significant cause of not only millions of lost jobs, but of trillions of dollars of lost tax revenue as well—thus contributing significantly to current and future budget deficits.

A recent report by the U.S. Commerce Dept., a pro-business source, indicated that big multinationals like General Electric, Caterpillar, and big tech and drug companies over the past decade reduced their American work forces by 2.9 million while increasing their jobs offshore by 2.4 million. Apart from the harm inflicted on US working families, this development has resulted in the loss of huge amounts of tax revenue to the federal government, contributing in a major way to the country's current budget deficit and rising government debt levels.

For example, if one averages the total 2.9 million jobs lost in the U.S. over 10 years, and assumes an average pay of $43,000 a year over the decade, assuming further an average 20 percent personal income tax rate, the 2.9 job loss equates to an average annual loss in total income in the US Treasury of around $25 billion a year. That’s a total revenue loss of about $250 billion over the past decade alone.

For the coming decade, 2010-2019, the ‘lost tax revenue tab’ for the U.S. Treasury would be significantly greater still, as even more jobs will likely be offshored and the average annual money income will be slightly higher than $43,000. The amount for the decade ahead would be easily in excess of $300 billion more.

For example, current federal tax laws actually give corporations’ tax breaks for moving jobs offshore. Then there’s the investment tax cuts given corporations that move offshore that partially pay for the cost of the capital equipment they purchase when they set up operations offshore. These two ‘expensing’ and ‘investment tax credit’ loopholes for companies that ‘offshore’ jobs are difficult to estimate precisely, but together likely amount to at least another $150 billion dollars over the past decade, 2000-2009, and even more going forward for 2010-1019.

So we have $250 billion in lost jobs-based tax revenue for the past decade due to offshoring plus another $150 billion or so due to expensing and investment credit loopholes associated with the same offshoring and job loss. That’s a total of $400 billion.

But an even greater revenue loss is the result of these same multinational corporations refusing to pay their required ‘foreign profits tax.’ It has been estimated by the global business periodical, The Financial Times, that as of mid-year 2010 non-financial US multinationals were sheltering $1 trillion in taxable revenue in their offshore foreign subsidiaries. They are holding the $1 trillion offshore, refusing to pay their share of taxes on it.

Adding the preceding tax revenue losses due to multinationals’ offshoring of 2.9 million jobs, manipulation of loopholes, and both financial and non-financial multinational corporations’ refusal to pay taxes on foreign earnings according to US tax law—the total revenue loss to the US government comes to more than $1 trillion.

Having gotten away with an offshore earnings tax reduction scam in 2004, multinational corporations are now once again playing the same lobbying game today in 2011. They are in the process of blackmailing Congress and the Obama administration to reduce the tax rate again on foreign earnings. Should they get their way once again in 2012, when Congress takes up the task of a major overhaul of the entire tax code, it will mean hundreds of billions more beyond the $1 trillion in lost tax revenue every year for another decade to come.

Multinational corporations like General Electric and others argue the reduction in the offshore profits tax is necessary to create jobs—while they simultaneously cut jobs by the millions and intend to continue to do so. They further argue that the US corporate tax rate is among the highest in the world. But the tax rate is only part of the picture. Actual revenues collected are a result of corporate tax loopholes, not just corporate tax rates. The US has among the most tax loopholes of any developed economy in the world.

As a result, corporate taxes in the U.S. represent only 3.2 percent of GDP—one of the lowest ‘tax takes’ in the industrial world.

Today the revenue and budget deficit stakes are even higher than they were during the past decade. All US corporations today, whether doing business offshore or in the U.S., want the corporate tax rate on operations in the US, as well as offshore, reduced to 25% from ithe current 35% rate. That proposal is already embedded in the current U.S. House Republican (Paul Ryan) budget.

The 25 percent rate is also supported by the CEO of General Electric, Jeff Immelt, who heads up President Obama’s special trade council. And GE, it was recently reported, not only paid no corporate taxes in 2010 on its global income of $14.2 billion ($5.1 billion of that earned in the US), but actually got a check from the US Treasury for $3.2 billion in tax subsidy.

It appears President Obama has been steadily drifting in the same direction of the 25 percent corporate rate tax cut as well. After having run in 2008 on a platform that assured voters he would enforce the 35 percent on corporate offshore profits, and force multinationals to pay up on their offshore sheltering, in 2010 Obama abandoned the idea of enforcing the foreign profits tax altogether. Now he is moving in the opposite direction to allow even more corporate tax cuts.

In 2012, I believe he will trade the corporate tax cut for a token increase in the personal tax rate on millionaires. The corporate tax cut will be ‘justified’ as necessary to create jobs. General Electric and other multinational CEOs will politely nod their heads and smile (and collect their subsidy checks from the government).

Revenues will fall. The budget deficit will get worse. And GE and other heads of U.S. multinationals will continue to offshore millions more jobs in the years to come—thus providing even more evidence to contradict the myth that business tax cuts create jobs.

Jack Rasmus is the author of Epic Recession and the forthcoming Obama's Economy: Recovery for the Few. His blog is jackrasmus.com.