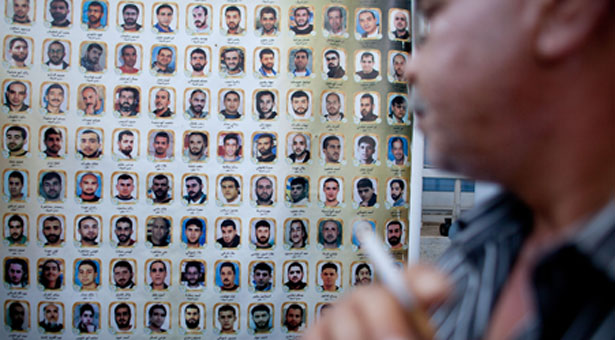 From Africa to the Middle East to the United States, the unmentioned continue to suffer.

The strange breed of unpeople can be found everywhere, including the U.S.: in the prisons that are an international scandal, the food kitchens, the decaying slums.

On June 15, three months after the NATO bombing of Libya began, the African Union presented to the U.N. Security Council the African position on the attack–in reality, bombing by their traditional imperial aggressors: France and Britain, joined by the United States, which initially coordinated the assault, and marginally some other nations.

It should be recalled that there were two interventions. The first, under U.N. Security Council Resolution 1973, adopted on March 17, called for a no-fly zone, a cease-fire and measures to protect civilians. After a few moments, that intervention was cast aside as the imperial triumvirate joined the rebel army, serving as its air force.

At the outset of the bombing, the A.U. called for efforts at diplomacy and negotiations to try to head off a likely humanitarian catastrophe in Libya. Within the month, the A.U. was joined by the BRICS countries (Brazil, Russia, India, China and South Africa) and others, including the major regional NATO power Turkey.

In fact, the triumvirate was quite isolated in its attacks–undertaken to eliminate the mercurial tyrant whom they had supported when it was advantageous. The hope was for a regime likelier to be amenable to Western demands for control over Libya’s rich resources and, perhaps, to offer an African base for the U.S. Africa command AFRICOM, so far confined to Stuttgart.

No one can know whether the relatively peaceful efforts called for in U.N. Resolution 1973, and backed by most of the world, might have succeeded in averting the terrible loss of life and the destruction that followed in Libya.

On June 15, the A.U. informed the Security Council that “ignoring the A.U. for three months and going on with the bombings of the sacred land of Africa has been high-handed, arrogant and provocative.” The A.U. went on to present a plan for negotiations and policing within Libya by A.U. forces, along with other measures of reconciliation–to no avail.

The A.U. call to the Security Council also laid out the background for their concerns: “Sovereignty has been a tool of emancipation of the peoples of Africa who are beginning to chart transformational paths for most of the African countries after centuries of predation by the slave trade, colonialism and neocolonialism. Careless assaults on the sovereignty of African countries are, therefore, tantamount to inflicting fresh wounds on the destiny of the African peoples.”

The African appeal can be found in the Indian journal Frontline, but was mostly unheard in the West. That comes as no surprise: Africans are “unpeople,” to adapt George Orwell’s term for those unfit to enter history.

On March 12, the Arab League gained the status of people by supporting U.N. Resolution 1973. But approval soon faded when the League withheld support for the subsequent Western bombardment of Libya.

And on April 10, the Arab League reverted to unpeople by calling on the U.N. also to impose a no-fly zone over Gaza and to lift the Israeli siege, virtually ignored.

That too makes good sense. Palestinians are prototypical unpeople, as we see regularly. Consider the November/December issue of Foreign Affairs, which opened with two articles on the Israel-Palestine conflict.

One, written by Israeli officials Yosef Kuperwasser and Shalom Lipner, blamed the continuing conflict on the Palestinians for refusing to recognize Israel as a Jewish state (keeping to the diplomatic norm: States are recognized, but not privileged sectors within them).

The second, by American scholar Ronald R. Krebs, attributes the problem to the Israeli occupation; the article is subtitled: “How the Occupation Is Destroying the Nation.” Which nation? Israel, of course, harmed by having its boot on the necks of unpeople.

Another illustration: In October, headlines trumpeted the release of Gilad Shalit, the Israeli soldier who had been captured by Hamas. The article in The New York Times Magazine was devoted to his family’s suffering. Shalit was freed in exchange for hundreds of unpeople, about whom we learned little, apart from sober debate as to whether their release might harm Israel.

We also learned nothing about the hundreds of other detainees held in Israeli prisons for long periods without charge.

Among the unmentioned prisoners are the brothers Osama and Mustafa Abu Muamar, civilians kidnapped by Israel forces that raided Gaza City on June 24, 2006–the day before Shalit was captured. The brothers were then “disappeared” into Israel’s prison system.

Whatever one thinks of capturing a soldier from an attacking army, kidnapping civilians is plainly a far more serious crime–unless, of course, they are mere unpeople.

To be sure, these crimes do not compare with many others, among them the mounting attacks on Israel’s Bedouin citizens, who live in southern Israel’s Negev.

They are again being expelled under a new program designed to destroy dozens of Bedouin villages to which they had been driven earlier. For benign reasons, of course. The Israeli cabinet explained that 10 Jewish settlements would be founded there “to attract a new population to the Negev”–that is, to replace unpeople with legitimate people. Who could object to that?

The strange breed of unpeople can be found everywhere, including the United States: in the prisons that are an international scandal, the food kitchens, the decaying slums.

But examples are misleading. The world’s population as a whole teeters on the edge of a black hole.

We have daily reminders, even from very small incidents–for instance, last month, when Republicans in the U.S. House of Representatives barred a virtually costless reorganization to investigate the causes of the weather extremes of 2011 and to provide better forecasts.

Republicans feared that it might be an opening wedge for “propaganda” on global warming, a nonproblem according to the catechism recited by the candidates for the nomination of what years ago used to be an authentic political party.