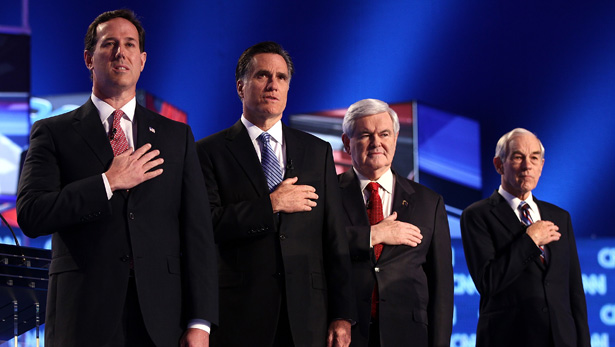 Progressives shouldn’t be shy about mobilizing voters around singe-issue passions.

Take any single issue you care about the most. Things will get worse under a Republican president and Congress.

I have a love/hate relationship with Rolling Stone, which isn’t surprising given that I never was, and certainly am not now, part of the magazine’s desired demographic. On the one hand, nearly every woman who appears on the cover must be dressed like a stripper in the final stages of her act. By contrast, Jon Stewart, Steven Tyler and other men on the cover actually wear clothes. On the other hand, how could we have gotten through the final years of the Bush administration, not to mention the financial crisis, without the indispensible Matt Taibbi, or the political reporting of Tim Dickinson? In its in-depth articles about the environment, the war in Afghanistan, the Fox News echo chamber, and, of course, electoral politics, Rolling Stone publishes some of the liveliest and most outraged exposés in America.

Dickinson’s article “The GOP’s Crackpot Agenda” should be required reading for everyone. Unlike some of the overly circumspect – one might say timorous – coverage of the House Republicans and presidential aspirants, whose completely outrageous positions are reported with a straight face, Dickinson tells it like it is. What is their agenda? “Promote Dirty Jobs; Trash the Environment; Unleash Wall Street; Destroy the Safety Net; Wreck the Economy; Wage Endless War; Cut Taxes on the Rich; Attack Abortion Rights; and Bash Immigrants.” He left out one crucial item: “Wage War on Gays and Lesbians.”

Let’s focus first on the word “crackpot.” Various commentators have resorted to the word “sideshow” to characterize the truly bizarre parade of serial Republican front-runners who brandish their ignorance like Olympic medals and promote the most extremist, numbskull policies to be heard in years. But it was Elayne Rapping who really nailed it: In the age of reality TV, when the Jersey Shore cast unabashedly goes looking for the Vatican in Florence, the Kardashians stage a highly profitable charade of a wedding and stupidity, meanness and dissimulation are a centerpiece of entertainment; it’s how you get and sustain attention these days. If it works for the “Real Housewives” of wherever, why not for presidential aspirants? As Rapping noted, “Mistakes of fact, and ignorance of even the boldest headline news issues, have been displayed throughout, in many cases even creating short term bumps in their poll numbers.”

Yes, it was entertaining to watch Herman Cain wonder what or where Libya is and Rick Perry give a speech in which he appeared to have mainlined a cocktail of roofies and Robitussin. But the carnivalesque nature of the Republican debates and campaign can numb us to how dangerous these candidates are.

So the Dickinson piece, with its bold-faced laying out of issue after issue, got me thinking. In the past, Republicans have successfully used single-issue passions – homophobia, opposition to abortion, creationism – to mobilize particular voters in crucial districts. Maybe it’s time for progressives to do the same. Take any single issue you care about the most – the environment, gay rights, income inequality, reproductive freedom, judicial appointments, healthcare. Things will get worse under a Republican president and Congress. Of course, most of us care about all these issues. But to avoid the so-called “enthusiasm gap” of 2010 that brought us this crowd of obstructionist Neanderthals, activists and progressive PACs need to target people’s hot-button issues much more aggressively, especially given the titanic amount of money that will get poured into Republican coffers courtesy of the Citizens United decision.

There are plenty of voters disappointed by or indifferent to President Obama. But these same people may have strong feelings about the dangers of global warming (which Mitt Romney no longer knows the cause of), have a desperate need to preserve Social Security, have gay friends or relatives whose rights they are sick of seeing trampled, and so on. And they will vote on these issues if galvanized.

Even President Obama seems to be getting it. Despite the staggering number of people still out of work, this election year’s mantra should not be, “It’s the economy, stupid,” but, “It’s the Republican Congress, stupid.” Reports suggest that’s how Obama will campaign, which would be an overdue change. In the meantime, let’s tack Dickinson’s article up on our walls and strategize how to use single issues to keep fanatical bums out of office.