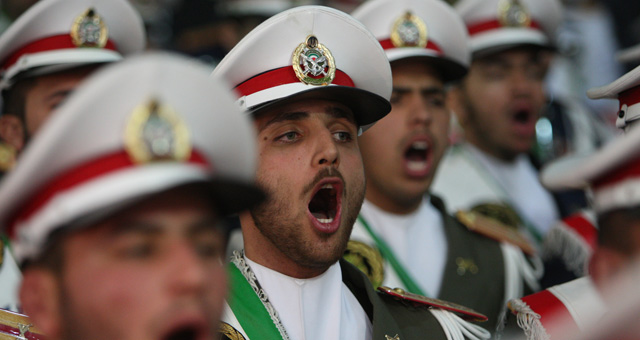 What Are Iran’s Intentions?

As tensions flare between Iran and the West, 120 nonaligned nations agree: the country has the right to enrich uranium.

Concerns about 'the imminent threat' of Iran are often attributed to the "international community"—code language for U.S. allies. The people of the world tend to see matters rather differently.

The January/February issue of Foreign Affairs featured the article “Time to Attack Iran: Why a Strike Is the Least Bad Option,” by Matthew Kroenig, along with commentary about other ways to contain the Iranian threat.

The media resound with warnings about a likely Israeli attack on Iran while the U.S. hesitates, keeping open the option of aggression—thus again routinely violating the U.N. Charter, the foundation of international law.

As tensions escalate, eerie echoes of the run-up to the wars in Afghanistan and Iraq are in the air. Feverish U.S. primary campaign rhetoric adds to the drumbeat.

Concerns about “the imminent threat” of Iran are often attributed to the “international community”—code language for U.S. allies. The people of the world, however, tend to see matters rather differently.

The nonaligned countries, a movement with 120 member nations, has vigorously supported Iran’s right to enrich uranium—an opinion shared by the majority of Americans (as surveyed by WorldPublicOpinion.org) before the massive propaganda onslaught of the past two years.

China and Russia oppose U.S. policy on Iran, as does India, which announced that it would disregard U.S. sanctions and increase trade with Iran. Turkey has followed a similar course.

Europeans regard Israel as the greatest threat to world peace. In the Arab world, Iran is disliked but seen as a threat only by a very small minority. Rather, Israel and the U.S. are regarded as the pre-eminent threat. A majority think that the region would be more secure if Iran had nuclear weapons: In Egypt on the eve of the Arab Spring, 90 percent held this opinion, according to Brookings Institution/Zogby International polls.

Western commentary has made much of how the Arab dictators allegedly support the U.S. position on Iran, while ignoring the fact that the vast majority of the population opposes it—a stance too revealing to require comment.

Concerns about Israel’s nuclear arsenal have long been expressed by some observers in the United States as well. Gen. Lee Butler, former head of the U.S. Strategic Command, described Israel’s nuclear weapons as “dangerous in the extreme.” In a U.S. Army journal, Lt. Col. Warner Farr wrote that one “purpose of Israeli nuclear weapons, not often stated, but obvious, is their `use’ on the United States”—presumably to ensure consistent U.S. support for Israeli policies.

A prime concern right now is that Israel will seek to provoke some Iranian action that will incite a U.S. attack.

One of Israel’s leading strategic analysts, Zeev Maoz, in “Defending the Holy Land,” his comprehensive analysis of Israeli security and foreign policy, concludes that “the balance sheet of Israel’s nuclear policy is decidedly negative”—harmful to the state’s security. He urges instead that Israel should seek a regional agreement to ban weapons of mass destruction: a WMD-free zone, called for by a 1974 U.N. General Assembly resolution.

Meanwhile, the West’s sanctions on Iran are having their usual effect, causing shortages of basic food supplies—not for the ruling clerics but for the population. Small wonder that the sanctions are condemned by Iran’s courageous opposition.

The sanctions against Iran may have the same effect as their predecessors against Iraq, which were condemned as “genocidal” by the respected U.N. diplomats who administered them before finally resigning in protest.

The Iraq sanctions devastated the population and strengthened Saddam Hussein, probably saving him from the fate of a rogues’ gallery of other tyrants supported by the U.S.-U.K.—tyrants who prospered virtually to the day when various internal revolts overthrew them.

There is little credible discussion of just what constitutes the Iranian threat, though we do have an authoritative answer, provided by U.S. military and intelligence. Their presentations to Congress make it clear that Iran doesn’t pose a military threat.

Iran has very limited capacity to deploy force, and its strategic doctrine is defensive, designed to deter invasion long enough for diplomacy to take effect. If Iran is developing nuclear weapons (which is still undetermined), that would be part of its deterrent strategy.

The understanding of serious Israeli and U.S. analysts is expressed clearly by 30-year CIA veteran Bruce Riedel, who said in January, “If I was an Iranian national security planner, I would want nuclear weapons” as a deterrent.

An additional charge the West levels against Iran is that it is seeking to expand its influence in neighboring countries attacked and occupied by the U.S. and Britain, and is supporting resistance to the U.S.-backed Israeli aggression in Lebanon and illegal Israeli occupation of Palestinian lands. Like its deterrence of possible violence by Western countries, Iran’s actions are said to be intolerable threats to “global order.”

Global opinion agrees with Maoz. Support is overwhelming for a WMDFZ in the Middle East; this zone would include Iran, Israel and preferably the other two nuclear powers that have refused to join the Nuclear Non-Proliferation Treaty: India and Pakistan, who, along with Israel, developed their programs with U.S. aid.

Support for this policy at the NPT Review Conference in May 2010 was so strong that Washington was forced to agree formally, but with conditions: The zone could not take effect until a comprehensive peace settlement between Israel and its Arab neighbors was in place; Israel’s nuclear weapons programs must be exempted from international inspection; and no country (meaning the U.S.) must be obliged to provide information about “Israeli nuclear facilities and activities, including information pertaining to previous nuclear transfers to Israel.”

The 2010 conference called for a session in May 2012 to move toward establishing a WMDFZ in the Middle East.

With all the furor about Iran, however, there is scant attention to that option, which would be the most constructive way of dealing with the nuclear threats in the region: for the “international community,” the threat that Iran might gain nuclear capability; for most of the world, the threat posed by the only state in the region with nuclear weapons and a long record of aggression, and its superpower patron.

One can find no mention at all of the fact that the U.S. and Britain have a unique responsibility to dedicate their efforts to this goal. In seeking to provide a thin legal cover for their invasion of Iraq, they invoked U.N. Security Council Resolution 687 (1991), which they claimed Iraq was violating by developing WMD.

We may ignore the claim, but not the fact that the resolution explicitly commits signers to establishing a WMDFZ in the Middle East.