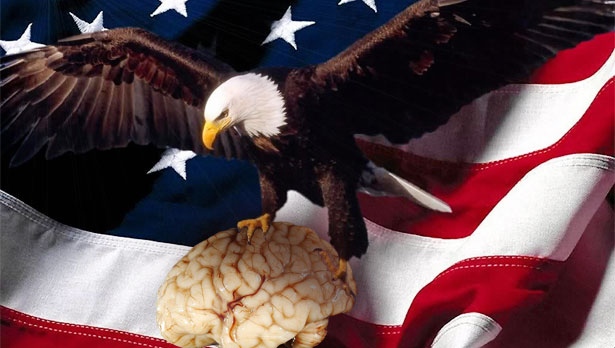 Why can’t Republicans handle the truth?

‘Authoritarians’—a subset of conservatives who are particularly loyal to their tribe—are allergic to uncertainty and fiercely refuse to modify their beliefs in response to new evidence.

Did humans evolve over the course of millions of years, or were we created by God just a few thousand years ago? A letter signed by more than 50 scientific societies in 2009 said that the theory of evolution is “the foundation of modern biology, and is crucial in fields as diverse as agriculture, computer science, engineering, geology and medicine.” The letter was addressed to the Texas State Board of Education. That group, dominated by creationists, had only faith and the Bible on its side, yet it was squarely within the American mainstream. Polls show that about 40 percent of the population believes God created humans within the last 10,000 years.

Do tax cuts increase revenues? Is abstinence education more effective than comprehensive sex education? Does human activity create climate change? The answers are no, no and yes, if you believe experts and the body of empirical evidence that has emerged from their work over the past several decades. But clearly, many Americans don’t believe experts and empirical evidence, and instead choose to base their opinions on little more than faith, or on dubious experts whose work is considered marginal within their field.

What exactly is going on when humans choose to reject truth claims that emerge from experimentation and actual evidence? And why is it that conservatives are far more likely than liberals to hold counter-factual opinions?

In his new book, The Republican Brain: The Science of Why They Deny Science – and Reality, Chris Mooney aims to explain why Republicans “deny science – and reality.” He looks for answers primarily in the field of psychology – the “rarely discovered continent in our politics” – and what he finds is fascinating and frightening. It isn’t news that many Republicans hold contrarian beliefs. But did you know more education often leads to a greater level of reality denial? According to Mooney’s statistics, 19 percent of college-educated Republicans believe human activity is responsible for global warming, while 31 percent of Republicans without a college degree believe so. And the same is true of the most politically engaged Republicans: The most “knowledgeable” are also the most misinformed, and presenting them with counter-evidence only makes them more sure of themselves.

It isn’t that Republicans explicitly want to be detached from reality. They claim their own version of things is true, obviously. The root of the trouble is that holding beliefs that square with reality is less important to them than their need for certainty and for loyalty to their tribe. This is especially true of a subset of conservatives Mooney calls “authoritarians,” who are particularly allergic to uncertainty and fiercely refuse to modify their beliefs in response to new evidence. They “extol traditional values, are very conventional, submit to established leaders, and don’t seem to care much about dissent or civil liberties.” When Mooney describes the “Republican” brain, it’s mainly these authoritiarian conservatives who he has in mind. He doesn’t attempt to quantify them, but they seem to constitute a significant minority within the GOP – perhaps between one-third and one-half of the party’s voters.

Authoritarians are best understood in contrast to their antithesis, what Mooney calls the “open” personality, which he says is the defining characteristic of liberals. Being an open personality means seeking out new experiences and having a basic curiosity about foreign ideas, people and places. Open personalities are also driven by a need for self-expression, and they value creativity with the same enthusiasm that conservatives, particularly authoritarians, value conformity.

These links between psychology and politics are well-established and supported by a solid body of scholarly work, according to Mooney. But we have less ground for certainty about the physiology of those links: how the brains of conservatives and liberals might literally be different. There is suggestive but not definitive evidence that the size of the amygdala – “an almond-shaped bunch of neurons located in an evolutionarily older part of the brain, the limbic system” – may play a role in one’s political orientation. The amygdala is strongly associated with fear; one of its tasks is to “structure our life-preserving defense responses.” Experiments have shown that conservatives tend to have bigger and more active amygdalas, but the field of “neuropolitics” is in its early stages, as Mooney notes. It’s clear, though, that genetics helps shape our political beliefs. According to Mooney, “40 percent or more of the variability in our political outlooks is ultimately attributable to genetic influences.”

It’s also clear that, whatever the extent of its physiological origin, fear is a major motivator in the GOP’s drive to deny reality. In The Republican Brain and in his previous work, The Republican War On Science, Mooney describes the network of institutions and counter-experts that conservatism has fostered over the past several decades. The well-known think tanks, such as the American Enterprise Institute and the Heritage Foundation, are just the beginning. There are dozens of smaller institutions that are little-known outside of conservative circles but enormously influential within them. One example is WallBuilders, which is devoted to “America’s forgotten history and heroes” and presents a highly mythologized, Christian-focused account of the nation’s past. The head of WallBuilders, David Barton, has accused President Obama of being anti-Biblical.

In field after field, from economics to political philosophy to the sciences, such institutions and “experts” have created a counter-narrative that challenges and often inverts the mainstream consensus. Their aim isn’t to get at the truth as it is commonly understood. Instead, it is to bind believers together and reinforce their faith. In a world that seems increasingly perilous and incomprehensible, this faith offers a measure of security. Indeed, facts seem to matter so little to modern Republicans because the facts are irrelevant to – or else a threat to – the elaborate alternate realities that they’ve constructed. And the reason the most highly educated and engaged Republicans are also the most detached from reality is that they’re aware of the opposing points of view. So keeping the faith requires continual rationalizations. In other words, it takes more than cluelessness to be a reality-denying Republican. It takes hard work.

Mooney paints the psychological differences between liberals and conservatives in broad strokes. More precision – and more breadth – would be welcome. Precisely how do we explain, for example, the astonishing exceptionalism of American conservatism in relationship to much of Western Europe, where conservatives are far more comfortable with scientific expertise and modernity in general? This nation’s high level of religiosity surely has much to do with the disparity – but how does that fact square with the psychological and physiological determinism at the heart of his book?

And are there any plausible solutions? It’s ironic The Republican Brain will only heighten the dilemma that Mooney presumably wants to help resolve. The dilemma is that conservatives won’t read or engage with this kind of book.

Mooney goes to great lengths to say that the Republican brain isn’t necessarily bad, just different, but his provocations can only sound to conservatives like more liberal smugness and self-righteousness. The book’s premise suggests that a solution to the dilemma he lays out is virtually impossible, and Mooney offers none, aside from a vague hope that we can all learn to appreciate our differences. But the unsettling truth is that the health and future of our democracy depend in large part on whether there are, in fact, any real solutions.