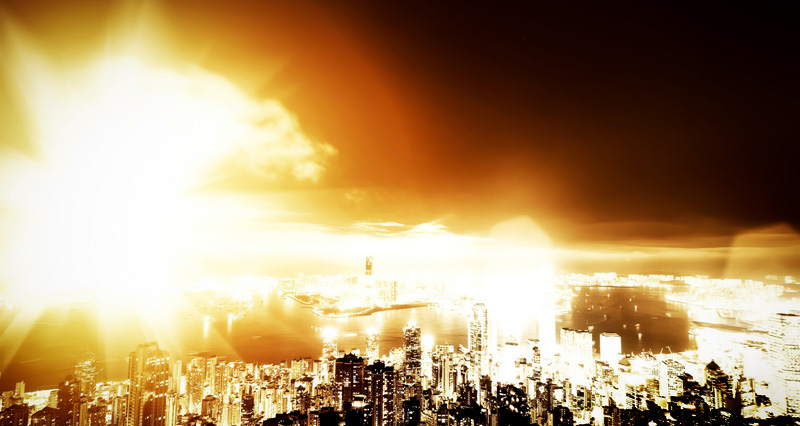 Before we can have real change, must everything go up in flames?

For some, the end of the world can’t come too soon.

The world according to Green Anarchy: ‘We will be throwing the stinking dead bodies of our families into pits and kneeling in garbage coughing up blood.’

When the financial crisis unfolded in the early years of the new millennium, many radicals hoped the end was nigh. The capitalist system had finally arrived at its terminus—the last stop on the line. Where the Left had failed, the inexorable limits to capitalism would deliver. Needless to say, it has not turned out so well. Expecting predestined forces to transform society for the better forms one half of the couplet of Left catastrophism. The other consists of the idea that the worse things get, the more auspicious they become for radical prospects—that if conditions become dire, the scales with fall from the eyes of the misled masses.

The outer edges of Left catastrophism are inhabited by those who see the collapse of society—not simply capitalism, but civilization—as a route to a better world. Both poles of catastrophism can be found here. For some, the collapse is preordained, the result of “peak oil,” the scarcity of other natural resources, or the implosion of industrial society. For others, it needs hastening.

The most prominent proponents of this broad outlook label themselves “anti-civilization” and often, but not exclusively, identify as anarchists. Adversaries of civilization believe that the original catastrophe, begetting the catastrophe of the present, was the emergence of settled agriculture in the Neolithic period circa 8,000 B.C., when humans purportedly stopped living in harmony with the land and started organizing complex economies. A return to a hunter-gatherer society, they argue, is the only conceivable future that is sustainable. Such a transformation would necessarily require the dramatic reduction of the majority of the human population, since foraging would not provide a fraction of the food that the world’s inhabitants need. However—and auspiciously, as they see it—the collapse may deliver such a reduction. As the now-defunct publication Green Anarchy put it:

Some time when you’re on a busy street, in line at the post office, on the bus, look around. Get used to the idea that most of these people will not live a lot longer. Who among them would survive if the food stopped coming into the city for a month? … We will be throwing the stinking dead bodies of our families into pits and kneeling in garbage coughing up blood. … Within that range of imagined futures, even the bad extreme is not so bad, and at the good extreme we see the Earth quickly healing to its former fecundity, and people living peacefully with other life, and never sliding out of balance again.

Opponents of civilization tend to take a dim view of other humans. They eschew mass collective revolutionary action in favor of subversion by the chosen few who have little interest in whether others perish. Derrick Jensen, Lierre Keith, and Aric McBay’s tome Deep Green Resistance lays out a series of scenarios for taking down industrial civilization, including through the strategy of “decisive ecological warfare.” (One critic described the book as an encounter between evangelical Protestant Noah Webster and the Red Army Faction.) It predicts that the depletion of accessible oil reserves, or peak oil, will cause the global capitalist economy to fall apart around 2015. Radicals will have a choice either to sit back and watch, or to hasten the collapse, while organizing mutual aid through small autonomous communities. Decisive ecological warfare, the most militant of possible strategies, would aim to reduce fossil fuel consumption immediately by 90 percent through an escalating above and below ground strategy targeting industrial, and especially energy, infrastructure.

A drop in the human population is inevitable, and fewer people will die if collapse happens sooner. … We’ll all have to deal with the social consequences as best we can. Besides, rapid collapse is ultimately good for humans—even if there is a partial die-off—because at least some people survive.

It must get worse to get better

What binds together this catastrophic dyad of determinism and voluntarism is a deep-seated pessimism about mass collective action and radical social transformation. The notion that capitalism would inevitably collapse under its own weight makes up the determinist half.

The idea that the worse things get, the better they will be for revolutionary prospects dominates the other pole of catastrophist thinking on the Left. Privations and hardship, the argument goes, push people to their breaking point—and from there, leftward. If worsening conditions are more propitious for radical change, then radicals should do what they can to make things worse.

This notion is beset with similar defects. Periods of radical social upheaval have followed economic crises and—especially—war. But there is nothing preordained about this relationship. Immiseration and eroding living standards do not automatically prompt workers to radical collective action. Workers find different ways to cope, some which would not win the approval of the Left. Historically, workers often take actions, even collective ones, to shut other workers out of better jobs based on race, ethnicity, or gender—such as “hate strikes” by white workers against the hiring or promotion of workers of color. Innumerable acts of solidarity and resistance, of course, mark the history of capitalism. But they are not the only recourse to which members of the working class resort in hard times.

There are many problems with radicals pining for catastrophe, not the least of which is bringing repression down on others for their own good. As a strategy, it lends itself to various forms of authoritarianism. It is a strategy, furthermore, that rarely goes according to plan.

After almost four decades of radical retreat, it is no surprise that leftwing catastrophism is so pervasive in our era. The liberatory hopes of the past, and the confidence in the collective power of others has given way to the uncertain hope and fear of collapse, befitting our anti-utopian and crisis-fraught times. Even in the darkest of hours, however, it behooves anticapitalists to construct a politics that categorically rejects catastrophism. No amount of fire and brimstone can substitute for the often-protracted, difficult, and frequently unrewarding work of building radical mass movements, even under situations of the utmost urgency. Theodor Adorno, no stranger to pessimism, warned of the undialectical nature of seeing the world in such grim terms that only an exterior force could change it. That is a sentiment we should heed.

This essay was adapted from Catastrophism: The Apocalyptic Politics of Collapse and Rebirth (2012) with permission of PM Press.

Sasha Lilley is a writer and radio broadcaster. She's the co-founder and host of the critically acclaimed program of radical ideas, Against the Grain, as well as the author of Capital and Its Discontents (PM Press, 2011) and the co-author of Catastrophism: The Apocalyptic Politics of Collapse and Rebirth (PM Press, 2012).