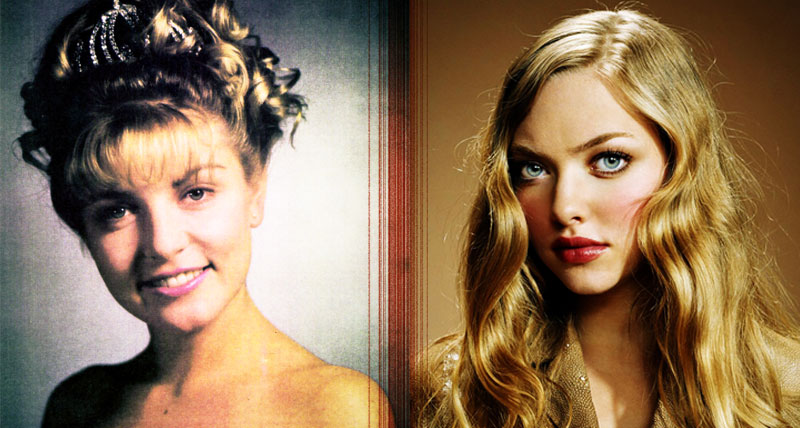 The shows that know how to tell the dead-girl story right care about who she was before she died. And they allow her to be more complicated than she appears.

There’s a very reliable way to begin a story: with a body. It’s young. It’s dead. And it almost certainly belongs to a pretty girl. Of course, murder mysteries don’t all hinge on virgin sacrifice. But ever since (at least) Twin Peaks, television series—from Veronica Mars to The Killing to this year’s offerings, Hemlock Grove and Hannibal—have used dead female flesh to drive the engines.

It’s not a bad thing, necessarily, the dead-girl plot.  Twin Peaks  and Veronica Mars are among my all-time favorite shows. Stories need to play on co llective assumptions in order to appeal to more than one person, and as archetypes go—archetypes being, essentially, congealed messes of cultural prejudice that have tremendous power in context and are almost always offensive when you take them back out—the dead girl is a handy one. She’s young, almost a child, and that means the death was wrong. (You’ll rarely see a horror film in which the monster goes around slaughtering 70-year-old retired insurance agents.) She’s female, which means vulnerability. She’s both young and female, and that, unfortunately, means innocence. Of course, this is tremendously condescending to non-fictional young women—whose experience is complicated, and varied, and human, and almost always less safe or virtuous than we’d like to think—but in a culture with flattened, distorted ideas of femininity, it works.

So, sure. If you want to tell a story about the world being out of joint, about the vulnerability of innocence being overpowered by the strength of corruption, you start with the dead teenage girl. She’s a potent, if unrealistic, symbol. But the masterpieces of the dead-girl genre— Twin Peaks , Veronica Mars—all have something in common. And this key ingredient also explains why NBC’s Hannibal is a promising show and Netflix’s Hemlock Grove is a bad one. The dead-girl shows that succeed care about who she was before she died. And they allow her to be more complicated than she appears. Twin Peak s’ Laura Palmer, Veronica Mars’ Lilly Kane: Each of them, at some point, started talking back. And the first thing they did was to call bullshit on the symbolic meaning that had been hitched to them and start creating their own.

Of the new crop,    Hemlock Grove    wan ts most badly to remind us of   Twin Peaks  . Shots in its first episode a re cribbed directly from the pilot. To be fair,   Hemlock Grove   wants to remind us of lots of things:  Twilight , True Blood, the CW, that one time we conked out on coug   h syrup and had the weirdest dream. It’s a Netflix original series, made to be chugged down over one spectacularly unproductive weekend, and its ethos is marvelously of a piece with its purpose: It looks, and feels, really cheap. It’s the sort of show where characters have intense, meaningful conversations in a “convertible” while a just-out-of-shot box fan blows their hair limply against a more or less static green screen. And let me be clear here: If this were all there was to Hemlock Grove, I would love it. There are bared breasts by the first scene and bared intestines by the fourth, and when a cast of coke-snorting werewolf teenagers who fight crime arrived, I was more than ready to ascend to sweet high-camp heaven.

But Hemlock Grove quickly turns thin and sour and unsatisfying. And it has more than a little to do with that dead teenage girl. Like Twin Peaks, Hemlock Grove starts with a small town, a dead female body, and a few shots of spooky flashing traffic lights, true. But on Twin Peaks, Laura Palmer mattered. She crept into every scene, every character’s backstory, continually unfolding. (When series creator David Lynch eventually tried to resurrect Laura, in the film Fire Walk With Me, the problem wasn’t that he had too little character to work with, it was that he had too much; all the backstory didn’t fit into one teenage girl.) Brooke Bluebell, on the other hand, has precisely three pieces of backstory: She slept with her teacher. She was a cheerleader. And she was eaten by a werewolf, as the show thoughtfully informs us, “snatch first.”

And that’s it for poor Brooke Bluebell. She died as she lived: defined largely by what other people did to her snatch. We do eventually manage to get some personality from the dead female characters, but only because, by the time the show has run through its first order of 13 episodes,    Hemlock Grove    has killed off almost   every   female character. And that’s only when other traumatic things aren’t happening to them. This is a show in which the male hero brutally rapes a classmate, erases her memory, and then uses the moment as an opportunity for some reflection on his life goal s. It’s a show in which the  other  male hero bre  aks things to intimidate his girlfriend, screams at her to “do as I say,” then snuggles up with her and tells her how wonderful true love is for them both.

In other words, this is a show that doesn’t give half a damn for young women. The dead female flesh is just that: Flesh. Breasts, snatches, a handful of rubber and corn syrup every now and then to keep viewers awake. Which means, unfortunately, that   Hemlock Grove   never really frightens. It’s not that misogyny and sexual violence can’t work in horror movies—for a good-taste example, take  Alien ; for a deliriously bad-taste example, take the second season of American Horror Story, in which a skin-wearing serial killer chains a lesbian career woman in his basement and calls her “Mommy,” which I think is the pr ecise screenplay you’d get if you ever dosed  someone with acid and told them to adapt Andrea Dworkin’s Intercourse. But a violent story isn’t a horror story unless we empathize with the victims. If all you want is to be nauseated by a bunch of meat, read about the manufacturing processes at McDonald’s.

Hemlock Grove’s flaws might not have stood out so much had I not just watched NBC’s Hannibal. True, that show starts off with a bland procedural set-up: A serial killer is killing young women because he’s got a thing for his daughter, then he tries to kill his daughter, but the heroes save her. Any other show would consider the story done, and move on to next week’s monster.

But then the daughter comes back in the second episode. And the third. She just keeps showing up; making us wonder what she feels, who she is, what she’s capable of. How she came to be on the other end of that knife. She’s unsettlingly permanent, this almost-dead girl, a reminder that all those other dead girls existed and can’t be erased by hitting the reset button at the beginning of each episode. By the third episode, she’s one of the most complex and unreadable characters on a show that stars Hannibal effing Lecter. She’s human; she’s a mystery; we don’t know how deep she goes or whether we’ll like what we find at the bottom. Like any actual teenage girl, she refuses to stay within the bounds of her symbolic meaning. If it weren’t for the fact that she’s still breathing, she’d look almost exactly like Laura Palmer.