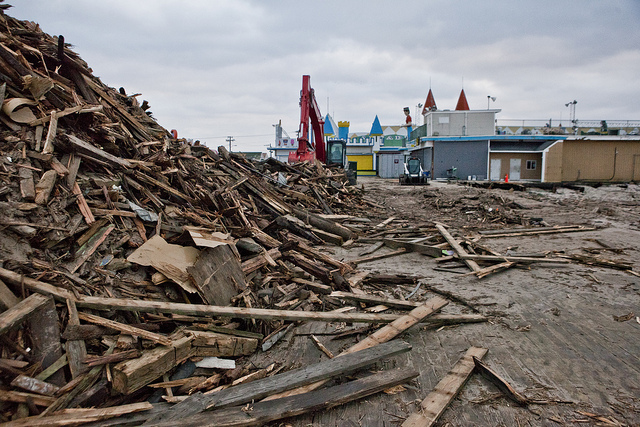 As a right-wing activist would readily admit, private insurance focuses exclusively on the dollars and cents of actuarial analyses, and it bases prices on data and empiricism, not on fact-free political ideology and poll-tested platitudes.

Stripped down to its fundamentals, the insurance business is the business of assessing risk. Regardless of what is being insured, a successful insurer is one that analyzes the risk of having to pay out benefits, and then adjusts coverage rates to make sure more money is coming in than is going out. The more accurate the assessment of risk, the more financially successful an insurance company tends to be.

Because of this model, private insurance is the conservative ideologue's favored method of assessing danger and managing risk, for it is a purely free-market instrument. Indeed, as a right-wing activist would readily admit, private insurance focuses exclusively on the dollars and cents of actuarial analyses, and it bases prices on data and empiricism, not on fact-free political ideology and poll-tested platitudes.

So, then, what happens when the insurance industry so touted by the conservative movement starts saying things that wholly contradict that movement's talking points?

This is the unanswered question posed by two new insurance-related reports that expose the bankruptcy of the right's environmental extremism and its opposition to gun control.

The first comes from the insurance industry's official think tank, the Geneva Association. Rejecting conservatives' opposition to the fight against climate change, the organization issued a study documenting “a significant upward trend in the insured losses caused by extreme weather events.” It concluded that the insurance industry should fight back against the conservative movement's attempts to downplay climate change fears and “play an active role in raising awareness of risk and climate change.” It also called for a “transition to a low-carbon economy” and “the reduction of greenhouse gas emissions” because that “will ultimately create a more resilient society.”

Then came a dispatch from the Des Moines Register, which reported that the company insuring most Kansas schools “has refused to renew coverage for schools that permit teachers and custodians to carry concealed firearms on their campuses.” The announcement was a rebuke to a new Kansas law that responded to the Newtown, Conn. school massacre by permitting gun owners to carry firearms in schools.

In both cases, the insurance industry's free-market analysis of risk—not a fact-free declaration of political ideology—ended up rebuking the conservative talking points of the day. In the climate-change case, for instance, an organization comprised of buttoned-down insurance CEOs rejected the right's campaign of do-nothingism and denialism. Likewise, in the gun case, insurance actuaries' evaluation of risk ended up discrediting the arms-race ideology of the NRA's Wayne LaPierre, who infamously called for more guns in schools on the assumption that “the only thing that stops a bad guy with a gun is a good guy with a gun.”

The conservative response to this kind of news is usually a temper tantrum. You know how it goes—Stephen Colbert-like declarations that “reality has a well-known liberal bias” and then claims that it is all a left-wing conspiracy (no doubt, some will cite the insurance industry's reports as proof that the insurance companies are in on the conspiracy!).

But maybe that's not how it will all play out this time around. With the broadsides against the conservative movement now coming from the very private insurance industry that the movement so adores, maybe this can be a moment of change on the right. Maybe, just maybe conservatives can see that what's really at work here is their own sacred free-market principle of “creative destruction”—only this time around, it is the right's misguided ideology that is being destroyed.