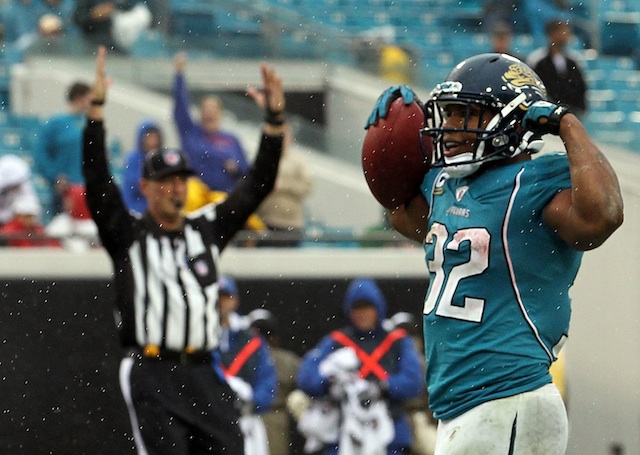 If the story of special tax status and profligate tax subsidies sounds familiar, that's because it is the same tale that we've heard countless times in this new Gilded Age. It is the tale of yet another set of politically connected plutocrats getting bailed out while ordinary citizens suffer through a weak economy.

Sports metaphors are the world's universal vernacular because the games we play can be such easy-to-understand symbols of society's larger conflicts. In sports-obsessed America, our football cliches are particularly sacrosanct—we use them to describe everything from rhetorical fights in politics to physical fights in wars. So it is quite convenient that professional football now epitomizes one of the country's biggest problems of all: our government's unfair economic policies.

This is the logical takeaway from a series of recent revelations about the National Football League's unfairly privileged status under the law. Mind you, the league's whopping $9.5 billion in annual revenue is not, unto itself, proof that things are unfair. What's unfair is a tax code that permits the league to simultaneously rake in that cash, enjoy tax-exempt status and profit from ongoing public subsidies.

How, you ask, is a megacorporation like the NFL a tax-exempt organization? Businessweek reports that thanks to loopholes in federal law, the organization is categorized as a 501(c)(6) like “chambers of commerce, trade groups, real estate boards, and a handful of other sports leagues.” The magazine notes that “this is a bit like McDonald’s calling itself a trade association promoting the interests of its 14,000 U.S. restaurants” only “the NFL distributes all its revenue back to the teams—after covering expenses such as rent, officiating crews, and Commissioner Roger Goodell’s $30 million salary.”

At the same time, states and cities are giving the league hundreds of millions of dollars in the form of stadium subsidies. In his recent must-read article on the scam, The Atlantic's Gregg Easterbrook cites Harvard University data showing that “70 percent of the capital cost of NFL stadiums has been provided by taxpayers, not NFL owners.” The report also shows that “many cities, counties, and states also pay the stadiums’ ongoing costs, by providing power, sewer services, other infrastructure, and stadium improvements.”

Incredibly, these expenditures continue even as states face crushing budget shortfalls. As just one example, Easterbrook points out that “the Minnesota legislature, facing a $1.1 billion budget deficit, extracted $506 million from taxpayers as a gift” to the Vikings for their new stadium.

If the story of special tax status and profligate tax subsidies sounds familiar, that's because it is the same tale that we've heard countless times in this new Gilded Age. It is the tale of yet another set of politically connected plutocrats getting bailed out while ordinary citizens suffer through a weak economy. Only in this iteration of the tale, it isn't some faceless corporation that benefits—it is America's most idolized sports league that gets to shroud the largesse in hometown football jerseys.

The good news is that at least one legislator is trying to right some of these wrongs—and, unfortunately for the NFL, it is not a lawmaker who can be deemed a socialist and then marginalized. Instead, it is archconservative Oklahoma Republican Sen. Tom Coburn who is proposing the PRO Sports Act to prevent professional sports leagues that make over $10 million a year from being recognized as tax-exempt organizations.

The Oklahoma lawmaker is exactly right to frame his crusade this way. When the tax code extends special exemptions and subsidies to the richest corporations and CEOs, the rest of us have to come up with the lost money. Consequently, the economy tilts even further in favor of the already wealthy.

America may love football, but that's far too high a price to pay for a game.