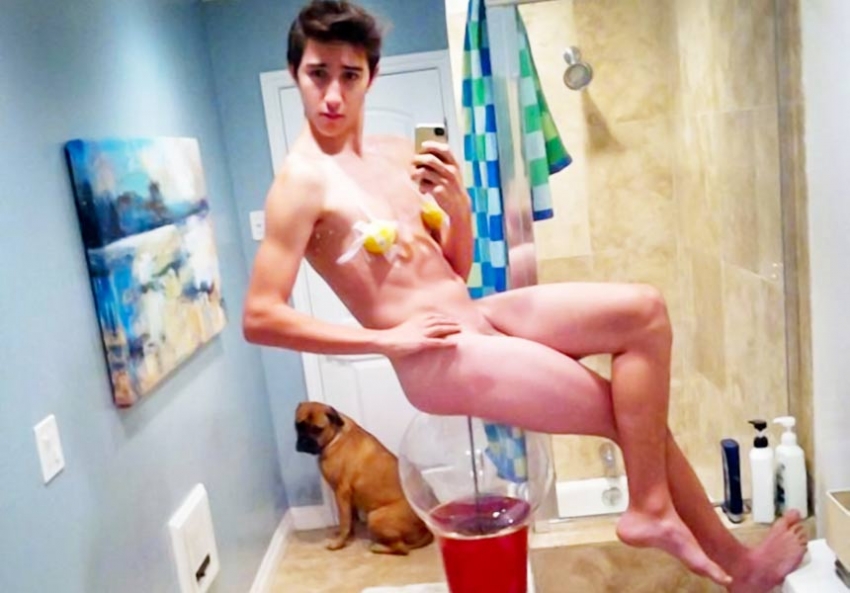 Selfies: sheer vanity, or a poignant bid for control? (Photo via imgur.com)

Narcissism reflects not 'egotism,' but its opposite: a fragile self unable to reliably distinguish between inner experience and the claims of the world.

On November 19th, Oxford Dictionaries proclaimed “selfie” 2013’s word of the year. Predictably, this announcement rekindled the perennial debate over whether we are neck-deep in narcissistic culture.

Many argue that we have indeed become ever more “selfish,” thanks partly to the frenzied self-branding made possible by social media. Others applaud the “social” in social media as a healthy antidote to modern loneliness, a development that takes us out of ourselves and into new, more democratic forms of community. A few say, yes, we live in a culture of “egotism,” and so what? Instagram selfies and Twitter posts are merely “showcasing the self in all its glory”—as the American Conservative’s Gracy Olmstead put it—as befits the arc of American individualism over two centuries.

Yet precious few grasp the meaning of “narcissism,” much less its relationship with “culture,” in spite of historian Christopher Lasch’s painstaking efforts in The Culture of Narcissism (1979) and The Minimal Self (1984)—the lesser-known but better of the two landmark books—to explain that narcissism reflects not “egotism,” but its opposite: a fragile self unable to reliably distinguish between inner experience and the claims of the world. The narcissist cannot imagine a durable world that precedes or outlasts her, but instead projects her immediate fears and desires on to what is, in effect, a world of mirrors. Beset by infantile impulses of diffuse rage toward an often indifferent external reality and longings to merge seamlessly with it, the narcissist is terrified of illusion-shattering conflict and wholly dependent on others’ perceptions to shore up an anxious self ever in danger of disintegration.

Lasch did not mean, of course, that Americans have become clinical narcissists. Rather, he argued that by undermining lasting attachments to particular communities and traditions, and shifting away from productive skills—metalworking, carpentry, soil cultivation, the domestic arts— through which we acquire a realistic sense of our abilities, our “culture of mass consumption” encourages narcissistic survival strategies that alternate between an exaggerated and an anemic sense of one’s own powers.

Organized around planned obsolescence carried out with mounting speed, “the fantastic world of commodities,” Lasch argued, has steadily eroded both public and private forms of authority—of common, time-tested standards of any sort—leaving us ever more dependent on scientific experts and management professionals who call the shots from afar.

“The consumer,” Lasch wrote in 1984, “feels that he lives in a world that defies practical understanding and control, a world of giant bureaucracies, ‘information overload,’ and complex, interlocking technological systems vulnerable to sudden breakdown.” Trafficking in ephemeral goods and images, consumer culture has made it all too easy to confuse indiscriminate over-familiarity with intimacy, manipulation of others’ perceptions of oneself with genuine charm, externally positioned “self-esteem” with self-love. And it nurtures fantasies of omnipotence in compensation for abject passivity, as evidenced by the ways we treat politics and sports as spectacles, celebrities as deities, and technology as a Promethean force for inevitable progress.

Twenty years ago this month, Christopher Lasch passed on from this earth—an immense loss to our public intellectual discourse—and did not live to see the rise of the Internet, with its interminable upgrade demands and ongoing fragmentation of our common world. His use of the term “culture of mass consumption” may sound antique in light of today’s high-tech driven push for decentralization and entrepreneurship, blogging and websites, social networking and smartphones that leave us ever more untethered to any specific place. Yet we are in the grip of a culture of narcissism, properly understood, as never before. What else to make of an “interface” with the world that is endlessly customizable to our personal desires, as in Facebook or LinkedIn, where no two “friends” share the same circle of contacts or even see the same things on the screen? How can parents create a disciplined, nurturing, protective frame for their kids—that is, real boundaries—when both are immersed in a parallel universe of backchannel texting and individually targeted ads?

In this context—or, rather, lack thereof—the selfie is a poignant, ineffectual bid for control in a crowd-sourced jangle of fleeting imagery and mutual surveillance, all under the watchful eye of the NSA. If the cunning old bureaucracies that so exercised Lasch have been downsized, they are certainly still with us—paying lower wages and exacting more work. And they are now supplemented by high-tech and financial giants, with even greater concentrated power, that hawk delusions like “free” information, “frictionless experiences,” and, well yes, decentralization.

The rise of the selfie is the least of our troubles, although I’m pretty sure that Lasch would not have been put off the scent by that ironic little “-ie” tail. For excessive irony is yet another strategy for keeping disoriented helplessness at bay from the diminished self, wandering without compass in an insubstantial world of mirrors.