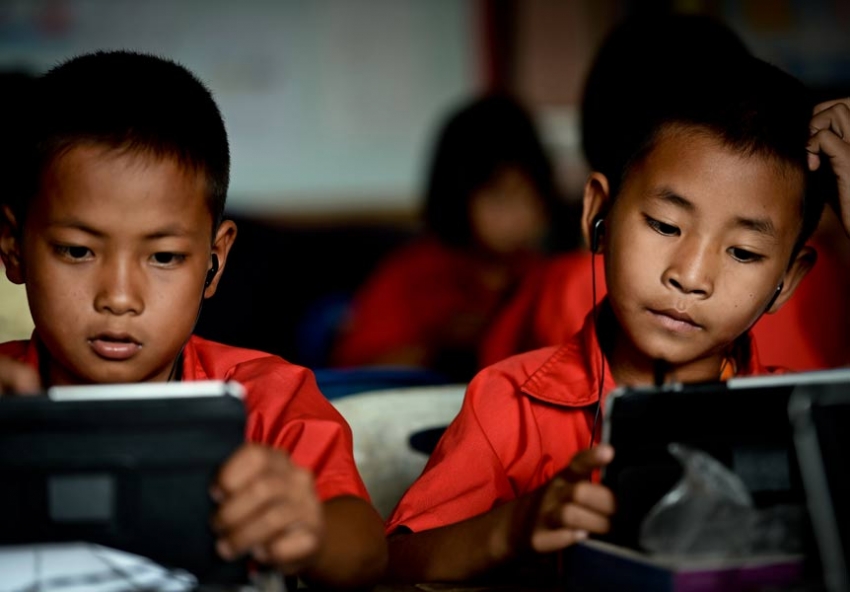 Not Wasted on the Young

Instead of worrying about achievement, we should be ensuring the young get proper youths.

The suicide rates among the young are higher in many East Asian countries, and the childhoods of those who do well can’t be easy. If there are strengths to be emulated they are that a lot of teaching is done in unstreamed classes, and there has been real innovation in the teaching of mathematics, for instance, to children of all abilities.

Tolstoy called his first novel Childhood, and followed it with Boyhood and Youth. All three read like autobiography, though they differ from Tolstoy’s early life in some respects. However, there is no doubting their confessional quality or the intensity of the hero’s memories of growing up.
Nikolai, Tolstoy’s fictional alter-ego, was 14 on a calamitous day he remembers for the shame, the humiliations and the terrors it delivered, and also for the furious paranoia it aroused in him. The day passed as a devastating storm passes, though its passions are not forgotten. Reflecting on it all later, the grown-up narrator writes, “I’ve read somewhere that children between 12 and 14, who are moving towards adolescence, are  especially likely to commit arson and even murder. Remembering my own adolescence, and particularly my state of mind on that awful day, I easily understand the possibility of the most terrible crime: pointless, with no wish to do harm, done simply out of curiosity and out of a need for action.”
At 16, in Youth, Nikolai starts university. He is suddenly absurdly snobbish, perpetually worrying about whether his fellow students are, as he puts it, “comme il faut,” and whether his own tastes and behaviour are properly those of his class. In less than three years he has moved from ungovernable rage and self-pity to that other well-known marker of adolescence, the presence of simultaneous and contradictory desires: to belong to a group, while, on the other hand, secretly struggling to prove that he is special, different, unique.
Like Tolstoy, David Bainbridge, a reproductive biologist at Cambridge, has a lot to say about youth. In a recent article in The Observer, he warns that attempting to tame or eradicate most of the extreme tendencies of young people in their teens could work to stifle creativity, flexibility and risk-taking. Twenty-year-olds, he tells us, are better than 10-year-olds at everything; and during the second decade of life the brain is profoundly restructured into its uniquely complex final form.” “Most of the evidence,” he writes, “shows that today’s teenagers are altogether more sensible than their irresponsible, selfish parents ever were.” He doesn’t think this is necessarily a good thing.
Not for the first time, both the U.K. and the United States have come low on the Program for International Student Assessment tables from the OECD, which compare the reading, maths and science attainments of half a million 15-and 16-year-olds in 65 countries. These statistics, though by no means beyond challenge, are taken very seriously. Politicians in the U.K. are blaming teachers and schools, as well as each other, and we’re shown film of 9-year-olds in Singapore who have four or five hours of after-school tutoring, get to bed at 2 a.m. and rise at 6. It is they, we are told, who will inherit the future.
It would be gratifying if one could attribute our poor showing to a culture in which young people are enjoying lives untrammeled by curriculum or exams or, indeed, by the prospect of a life of indebtedness and unemployment. Sadly, that’s not the case. Teachers are expected to spend at least as much time assessing students and predicting their grades as actually teaching them. In addition, as well as doing worse than children growing up in South Korea, children here are encouraged to compete with each other at all points and are constantly told where they stand in the pecking order. The suicide rates among the young are higher in many East Asian countries, and the childhoods of those who do well can’t be easy. If there are strengths to be emulated they are that a lot of teaching is done in unstreamed classes, and there has been real innovation in the teaching of mathematics, for instance, to children of all abilities. Whereas we have a system that turns a blind eye to the inbuilt disadvantages suffered by a majority of children, and London’s mayor, Boris Johnson, has even proposed that we should remember IQs and difference when meting out publicly funded education.
The world’s children are all in their different ways being prepared for a global rat race. Our children and yours are apparently “lagging” behind. No one I’ve heard yet on the subject has remarked that youth might be a time worth savouring for itself, not just as a rehearsal for adulthood.