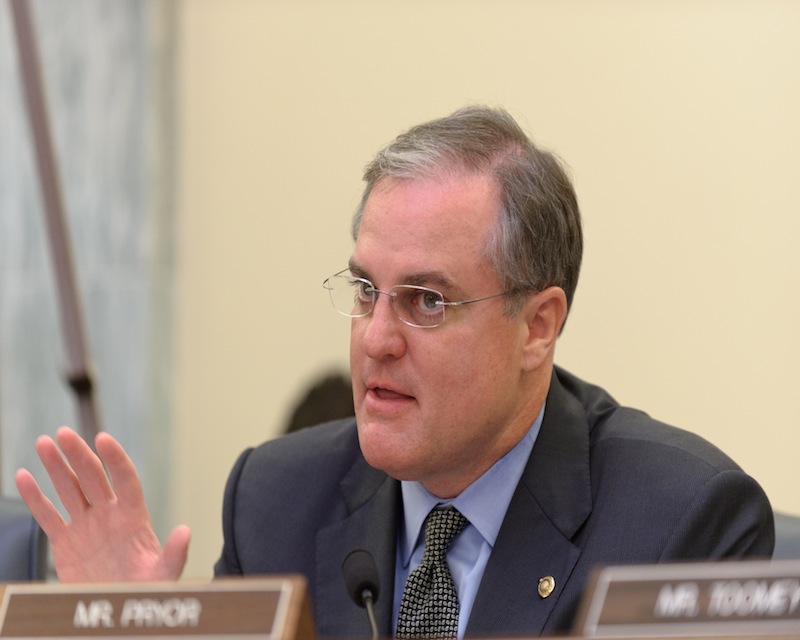 Arkansas Senator Mark Pryor is one of 15 Senate Democrats breaking from the Obama administration to support increasing Iranian sanctions.

We must name and shame the Democratic warmongers in the Senate.

Their reckless stance sets off an inexorable and unnecessary march towards war. If Congress approves sanctions, Iran has vowed to withdraw from an interim accord that not only opens its nuclear program to international inspectors, but also seriously restricts its nuclear activities.

Naming and shaming is a highly effective tactic used by environmentalists. Take the “Sooty Six” campaign targeting Connecticut’s dirty power plants, which led to passage of a 2002 law—the first of its kind in the nation—that ultimately reduced dangerous soot (sulfur dioxide) emissions by 86 percent. But it’s not just corporate polluters who have been called out; it’s also high-profile politicians. Famously, during the 1970 elections, Earth Day organizers targeted a “Dirty Dozen” of incumbent congressmen with atrocious environmental records. The campaign was credited with ousting seven of them, including George Fallon, the powerful chair of the House Public Works Committee and a staunch foe of mass transit. Fallon’s defeat sent such a chilling message to Congress that only weeks after the election—despite vigorous opposition from major polluting industries—the U.S. Senate approved the 1970 Clean Air Act.

Strangely, it is against a backdrop of war fatigue that the “Dirty Fifteen” want more of it. Eighty-two percent of the American public now oppose the Afghanistan war (from 46 percent five years ago), 6 in 10 say the Iraq War was a mistake and majorities opposed President Obama’s plan to bomb Syria. But the political tone-deafness doesn’t stop there. Apparently the “Dirty Sixteen” learned nothing from Hillary Clinton’s disastrous vote to authorize the Iraq War. That vote gave candidate Obama the decisive edge over Clinton in the 2008 presidential race.

Actions are underway to disrupt the march to war. An assortment of 71 peace, veterans, religious and other social justice groups are pressing the U.S. Senate to reject new sanctions. Antiwar rallies are planned across the country. In Chicago, Iraq Veterans Against the War (IVAW) has called for a “No War on Iran” protest on February 1.

In addition to mass mobilizations, a clear message must be sent to the “Dirty Sixteen”—many of whom seek re-election—in the form of primary or independent challenges. The full spectrum of progressive forces—those whose work is undermined by reckless military spending—must find and recruit capable candidates to challenge these out-of-touch Democrats. Beyond its deadly tolls, war is implicated in the misery of millions here and abroad. Poverty, underfunded schools, a disappearing social safety net, failing infrastructure, unmet health needs—all are consequences of disproportionate military spending. Politicians who want to tackle these problems must first repudiate war and any actions that make war possible. Are you listening, “Dirty FIfteen” Dems?