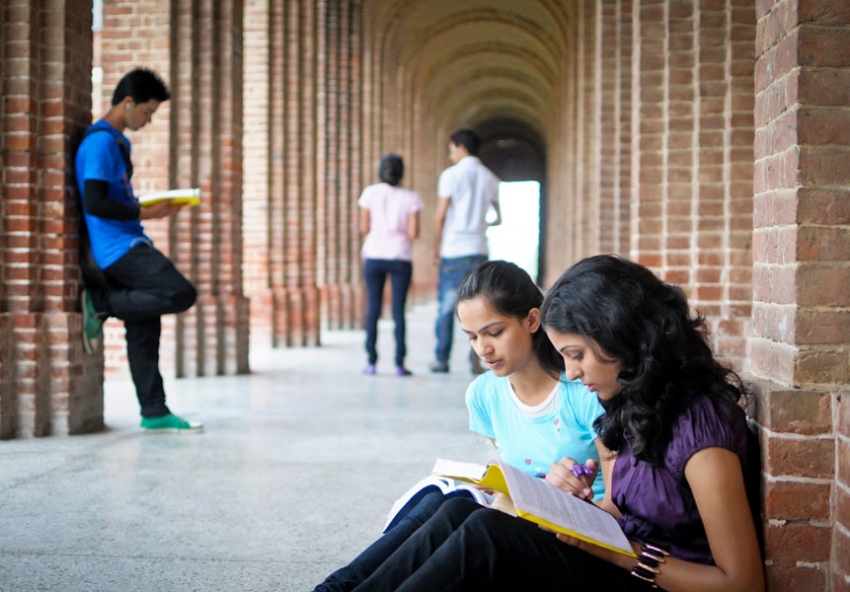 Why Can’t College Be Free?

Three proposals to reclaim the promise of higher education.

We’re currently spending around $185 billion on higher education annually—which includes spending on for-profit schools, which have very low graduation rates and high debt rates, as well as on merit aid for wealthy students.

On Monday, President Obama announced a new plan for student loan reform that will expand income-based repayment to millions of indebted borrowers. Some have criticized the plan for shutting out those saddled with private loan repayments, however, as well as those whose loans date back prior to October 2007.

Others have asked a more fundamental question: Instead of reforming student loans, why not eliminate student debt altogether?

Free higher education in the United States may sound like a fanciful idea. But it’s not a new one—for nearly a century after federal land-grant colleges were first established in 1862, many public institutions were free, or nearly so. Now, with more than $1 trillion in U.S. student loan debt hobbling both young people’s futures and the economy at large, some state governments are again giving the idea serious thought. Last year, the Oregon Legislature passed the Pay It Forward plan, which offers students a tuition-free degree in exchange for a percentage of their future earnings. The state is developing a pilot program, and Florida and Michigan are considering a similar approach. Meanwhile, Tennessee is investigating the use of lottery proceeds to eliminate community-college tuition for all graduates of state high schools.

Some education advocates, however, believe these plans don’t go far enough, and that all public colleges and universities should be free.

Is the best tuition no tuition, and is that really feasible? In These Times asked John Burbank, executive director of the progressive policy think tank the Economic Opportunity Institute; Sara Goldrick-Rab, associate professor of educational policy studies and sociology at the University of Wisconsin-Madison; and Bob Samuels, a lecturer at UCLA and author of Why Public Higher Education Should Be Free, to give their proposals.

Simply put, why has higher education become so expensive?

John: People are quick to cite the skyrocketing cost of education. But there’s actually been a decrease in the total cost of public higher education. At the University of Washington, for example, the cost of education [per student] fell by more than $3,000 a year between 1990 and 2013, as measured in constant 2013 dollars. But the funding source has been shifted from the state to the individual student, resulting in an incredible burst of debt.

Bob: We also hear a lot that universities haven’t been able to increase their productivity, that they are still doing things like they’ve always done. Things have, in fact, changed. Basically, less and less money is being put into the classroom, and more is being spent on subsidizing things like athletics or administration costs. The deal needs to be that if institutions receive funding, they must try to control costs and put money into the priority of instruction and education.

The Pay It Forward program has helped re-inject the idea of tuition-free education into the public dialogue. Would this plan adequately address the student debt crisis?

John: Under this plan, you go to school tuition-free. After your graduation, you contribute a small percentage of your income for a pre-determined number of years. The model Oregon developed is that if you go a community college, you contribute 1.5 percent of your income for 20 years to a higher education trust fund. That would then enable the next generational cohort to the same tuition-free access to public higher education.

Sara: I don’t think it’s right or effective to ask the student attending community college to repay any percentage of their income over the next 20 years. I also don’t think that very many students will respond to that approach positively, because it still brings risk with it. The biggest change [in education] over the last 30 years has been that we made even community college financially risky, because now you can leave after a semester or two and still have $6,000 in debt.

Sara: It’s possible that [these plans] convince people we’re getting somewhere close to “free” and thus lend credibility to the idea that we could actually do free. But this isn’t college for free in any shape or form. It’s simply covering the remaining unmet need that isn’t already being met with financial aid, and it’s only for a select group of students.

Is it feasible at the moment to make higher education completely free?

Sara: My proposal is simply to make the first two years of higher education free. And I don’t mean just tuition-free: I mean the whole thing—books, fees, everything. There’s nothing empirical or even rational about financing the 11th and 12th years of education and not the 13th and 14th. According to my calculations, the United States has the money right now in the federal and state student aid systems to fully cover two years for anyone who wants to get that education at a public two-year or four-year institution. From there, we can shift to more of a split in the cost between students and government.

Bob: I actually believe that we should and could make all public higher education completely free. We’re currently spending around $185 billion on higher education annually—which includes spending on for-profit schools, which have very low graduation rates and high debt rates, as well as on merit aid for wealthy students. Given current enrollment, I estimate that it would cost about $155 billion to fund public colleges and four-year institutions completely. My argument is instead of funding the individuals, we should just fund the institutions directly.

Sara: Politically, I agree. But I think the incremental approach makes a lot of sense right now. Frankly, it’s the more progressive one. What many working-class students are looking for is access to certificates and associate degrees; they want something they can use in the labor market. And if you look at where the debt crisis really is right now, I’m not that concerned about degree-holders. I’m concerned about non-degree-holders—people who have some college and didn’t finish. Give people two years of college, risk-free, and let them sort out whether they want to continue.

John: I think that two free years of community college is an excellent idea. But we also have to look at what is pragmatic, and what can lead to incrementally larger investments in public higher education. That’s where Pay It Forward comes in: It eventually establishes what is essentially a social insurance program. You get your benefit, and then you contribute for a pre-determined number of years at a pre-determined percentage of your income. That creates a public higher education trust fund that gives the next generation of students the same tuition-free access to higher education. And that changes the political expectation of Americans.

These political expectations, at present, seem tethered to the idea of higher education as a tool to help solve unemployment. President Obama’s proposed college rating system, for example, would link provision of federal aid to metrics such as graduates’ future earnings. What do you think of this?

Bob: The problem is that we already have rankings, which shape not only perceptions of our schools, but also schools’ priorities and policies. Nothing in our current rankings, which are often based on the SAT scores of incoming students, actually says whether students are learning. I worry that the president’s proposal will have the same problem. I think we need to try to move people totally away from the rankings agenda and try to find other ways of getting people to think about the value of colleges and universities. College degrees do not produce jobs, and so we can’t think that higher education is the solution to all of our problems. We have to think about how we both improve job prospects for people and also make the higher education system more equitable and fair.

How do we build this political will?

Sara: Unfortunately, even the Left [in the United States] has thought of free education as a pie-in-the-sky idea for so long that they’re unwilling to discuss it. What’s incredible today is the diversity of people who are clamoring for access to some form of higher education. It reminds us of a moment at the start of the last century when a far smaller fraction of people were interested in free high school—we had a movement for that, and we’ve managed to find our way there. I think it’s actually quite possible to have this discussion about free college, even on the Right—I do a lot of work with the American Enterprise Institute. What’s remarkable is how many folks on the Left claim it’s not pragmatic and in doing so, really reinforce the austerity narrative that we don’t have enough money.