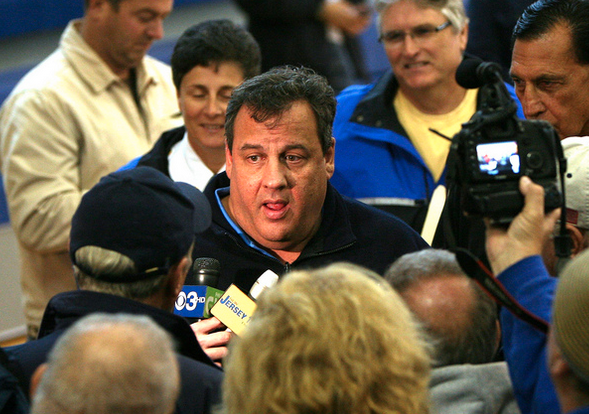 According to federal records, Exxon Mobil has donated more than $1.9 million to the Republican Governors Association since Christie’s first run for governor in 2009. That includes $279,000 during Christie’s election and reelection races, and also another half million when he chaired the organization in 2014. Additionally, one of Exxon’s law firms in the New Jersey case has also made $30,000 worth of donations to the RGA since 2013.

Last week, Republican Gov. Chris Christie’s administration settled New Jersey’s long-standing environmental lawsuit against Exxon Mobil Corp. for pennies on the dollar. For a decade, the state had been seeking $8.9 billion in damages for pollution at two refineries in the northern part of the state, and yet Christie’s top officials abruptly proposed closing the case for just $225 million.

In the aftermath, as environmentalists express outrage and legislators move to block the settlement, the question on many observers’ minds has been simple: Why did Christie settle?

According to federal records, Exxon Mobil has donated more than $1.9 million to the Republican Governors Association since Christie’s first run for governor in 2009. That includes $279,000 during Christie’s election and reelection races, and also another half million when he chaired the organization in 2014. Additionally, one of Exxon’s law firms in the New Jersey case has also made $30,000 worth of donations to the RGA since 2013.

Another possible answer could be relationships.

Christie’s first attorney general worked for Exxon for seven years. His deputy chief of staff in 2014 left the governor’s office for a job with Exxon’s lobbying firm in Trenton. And weeks before the settlement was announced, one of his cabinet secretaries took a job with Exxon’s New Jersey law firm.

Still another possible answer about why Christie settled the Exxon case could be found in a little-noticed provision his administration slipped into the annual budget in 2014.

The language in question empowers the governor to divert money obtained from environmental litigation away from pollution cleanup programs and into the state’s general fund, where it can be used to fill budget gaps or finance corporate subsidies. The provision explicitly takes precedence over other state laws designed to direct proceeds from environmental lawsuits into New Jersey’s environmental protection programs.

Because the provision is temporary, remaining in force only until a new budget is enacted, critics say that it effectively encourages Christie’s administration to settle cases as quickly as possible to free up cash that the governor can then tap however he sees fit. The most expedient way to accelerate a settlement is to lessen the fines sought from the company facing the lawsuit.

“This is money that rightfully belongs to the people of New Jersey to make up for the injury to the environment,” said Jeffrey Tittel, executive director of the New Jersey Sierra Club. “Instead, the governor is diverting it for other purposes. It’s a twofer: Reduced settlements help the oil companies before Christie’s presidential campaign, and Christie can quickly get more money for the record amounts of corporate subsidies he is handing out.”

So which answer is correct? Is the settlement a product of campaign cash, relationships or budget machinations? It is hard to say for certain, but in all likelihood it is probably a little bit of all three—plus some presidential campaign calculation sprinkled in.

In politics, as rare as it is to see a policy decision made on the substantive merits of an issue, it is even rarer that a decision is only about one thing. Most often, decisions represent a mixture of motivations. In agreeing to such a small settlement in the Exxon case, Christie placates his politically connected colleagues and gets himself some extra cash to spend on his budget’s new tax cuts. He also gives a gift to an oil industry donor just as he starts raising money for a 2016 White House bid.

Sure, the settlement may not be great policy, but it may be shrewd short-term politics. That divergence is hardly surprising—at this moment in history, good policy and good politics are not often synonymous.

A Primary Is a Competition. Bernie Should Play To Win.