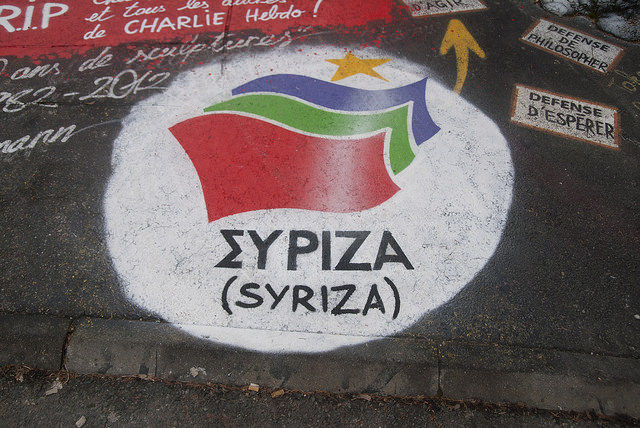 Frances Fox Piven may be America’s foremost scholar in social movement politics. Her landmark book, Poor People's Movements: Why They Succeed, How They Fail, published in 1977 and coauthored with her late husband Richard Cloward, provides an analysis of the role social movements can play in bringing about reforms through their disruptive power. Throughout her career, Piven has worked both in the lecture hall and with grassroots organizations to further the causes of social justice and to explore questions of how “power can be exerted from the lower reaches.”

As a scholar, Piven’s work has focused on social movements in American history, but has often kept a global perspective. She has done extensive research on the Solidarity movement in Poland and the Zapatista movement in Mexico and has been a keen observer of recent developments in Europe, where mass mobilizations have been successful in shifting the political landscapes in Greece and Spain. Despite this, and in the context of an economic crisis, the margins of global capital have limited Syriza's ability to effectively implement reforms in Greece. Piven sat down with In These Times to discuss Syriza and the potential for change.

When you first heard that Syriza stood poised to win the elections in Greece, what were your immediate thoughts?

I’ve followed the developments in Greece, especially since the development of Syriza, for several years now. And I’ve always been enthused by the fact that unlike a lot of American leftists, Syriza doesn’t say there are two different tracks—there are political parties and then there are movements. Instead, they work together. Although in an immediate sense, movements can make trouble for someone who is running for an election—because they are disorderly and noisy and disruptive. But if you step back a little, I think you see a dynamic in which movements can create space for a political party, especially a political party of the left.

Now everybody is waiting—breathlessly, I think—because a completely different set of dilemmas has emerged. And that dilemma has not so much to do with Syriza but with the ability of a nation-state, especially of a small nation-state, and its elected political rulers to determine its own economic policy in a very interconnected and global world, in which the centers of financial power are very ominous and powerful. And in which the nation-state, particularly in Europe, has lost power because of the growth of supranational structures like the Eurozone, the European Central Bank, the International Monetary Fund (IMF) and so on.

I think that the effort by these institutions and the German banks to resist Syriza’s demands for a larger haircut, a larger reduction of the debt, will be greater because the model of Syriza is so promising: They have taken this strong political initiative, standing with the country’s social movements, but also allowing them autonomy.

Once they were elected, Syriza had a few mandates. One was to renegotiate the debt, another was to release Greece from the conditions of austerity that had very high social costs, another was to keep Greece in the eurozone. Some felt those two were diametrically opposed, others thought they weren’t. Once the negotiations began, as you described, there was a lot of resistance from the Troika. Is there an escape from that paradigm?

Well, we don’t know. The idea that Greece has no room for maneuver, no room to fight back, is wrong. Some people would point to the success with which Argentina resisted the demands of the International Monetary Fund and foreign creditors in the early 2000s. Argentina won. And not only did it win, but the United States allowed it to win. So a lot of it depends on German national policy and U.S. national policy. Credit to Syriza, though, because it’s really striking out an unfamiliar path.

If in a system like Greece or Spain, a group of social movements win an election as a coalition and ascend to political power (if not economic power), can a nation-state almost become a social movement, at least in the context of the European Union? Can it disrupt institutionalized cooperation the way a social movement might?

Anybody who is running for an election wants to win enough votes to take the seat for which she or he is campaigning. To do that, they tend to be conciliatory; they don’t want to make any enemies. They want to win just enough to get over the electoral barrier. They tend to be consensual, they tend to not want to make trouble. They want to keep everyone that voted for them last time and add the few more that they need to get over the hump.

Movements are very different. They are dynamic. How they grow, how they succeed is very different. Protest movements in particular do two things. They identify issues that politicians want to ignore, because the politicians want to paste together a coalition that can win. Movement leaders, on the other hand, want to identify the issues that can mobilize people. They don’t care about voting, because we don’t know a movement exists by the number of votes it can get—we know by how many people it can pull into the streets. So movement leaders are attracted to contentious issues that make trouble for the parties.

And movements often have a capacity for disruption, for withdrawing cooperation, for bringing things to a halt, for various kinds of strike actions. Parties don’t do that. But when movements do that, it adds to their communicative strength. And it can also create a lot of trouble in electoral politics. It can divide voter coalitions that previously stuck together.

After all, we wouldn’t have Syriza if the old Greek left parties had stuck together. Movements do that, and then Syriza can move into that space. But once they move into that space, they now become a party. And the movements will still be there if Syriza leaves them alone, which I hope it will. But Syriza won’t have that capacity or inclination to create division that its movement allies did earlier.

I think governments are a little like parties, but they also have huge latitude for secret and double dealing. Because so much of governance is hidden. What movements do is not hidden particularly, only occasionally. What emergent political parties do—at least the important parties—is not hidden, because their campaigning is important. But states are very significantly hidden and they can do all sorts of things. So imagining a state as an insurgency is hard to imagine.

Greece’s current finance minister, Yanis Varoufakis, has been hinting at and sometimes outright saying is that there is the danger of the rise of xenophobic and fascist contingencies and movements in Europe, that are born out of similar conditions that the Left has been empowered by. Do you think that is a real concern, if leftist movements in countries like Greece or Spain fail?

Yes, but I think Syriza will fail if it isn’t able to deliver. That argument should not be used to push for the softest policy by Syriza, because if it turns into PASOK [Greece’s democratic socialist party and previously one of the its two largest parties], it will have failed.

Moving to the American context: are social movements a viable way to win elections in the U.S.? Can they build alternative parties that can compete, or are there too many systematic differences? Are elections not an option for poor people?

They are an option for poor people, but they’re an option that comes alive through the activity of protest movements which involve the poor. And they're not long-lasting options. Movements can create the space for an insurgent political party or an insurgent electoral coalition; if that coalition wins and takes power, it no longer has the same sort of vulnerability to the divisions created by movements.

The movements which Syriza also represents helped to destroy PASOK, but once Syriza is an established party with a firm majority, it will tend to turn away from the movements. That isn’t a criticism of Syriza, it’s an examination of the political dynamics over time.