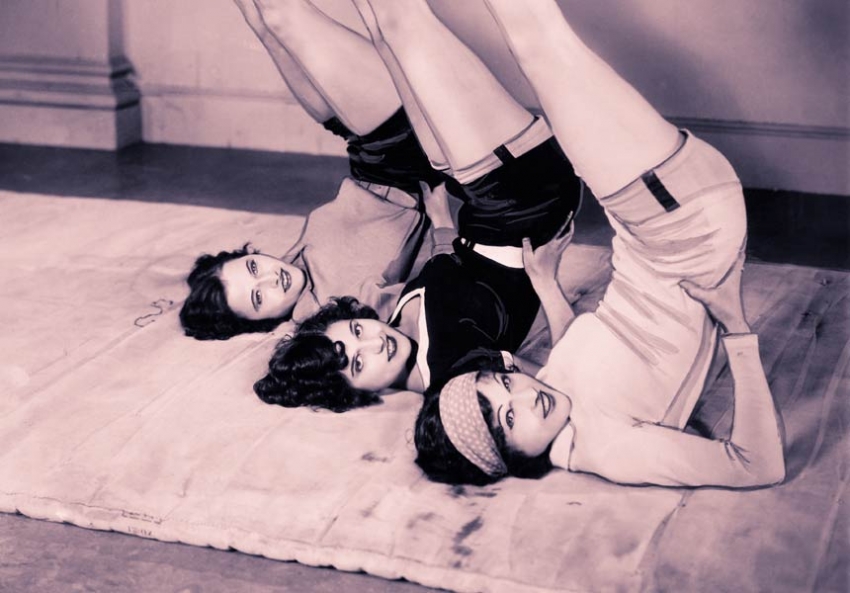 Over the past century, the marketing of happiness has become ever more refined. (Shutterstock)

Inside the Happiness Racket

Can money buy happiness? A new book explores the history of those who have tried to sell it.

By shuttling between quasi-spiritual mindfulness and quasi-scientific measurement, we shut out the social dimensions of happiness.

“Are you happy?” It’s a question that stops us in our tracks. Happy how? Other emotions leave us in no doubt: Anger, embarrassment, excitement and disappointment consume us. But happiness is elusive—even in the Declaration of Independence we’re granted not the thing itself, but the pursuit of it—and if we capture it, that’s supposed to be the end of the story: happily ever after. We’re also told, just as firmly, that it is not for sale. And yet, as evinced in William Davies’s astute and far-reaching study of modern happiness, The Happiness Industry: How the Government and Big Business Sold Us Well-Being, this elusive state is now a major preoccupation of the powerful. Corporations and politicians see concrete financial benefits to promoting happiness among their workers and voters. As a virtue that transcends our divisions of culture and creed (who doesn’t want to be happy?), it has become an irresistible capitalist prize.

Davies’s book begins, as many such stories do, at the World Economic Forum in Davos, Switzerland. In 2014, the program at this elite annual convention included 25 presentations focused on mental and physical “wellness”—a marked increase since the start of the financial crisis, noted Bloomberg. The rise of self-help during an economic depression is not new, nor is the current insistence that happiness is an individual—rather than a social or political—matter. During the 1930s, when American business was haunted by fears of socialistic uprising, an eager cadre of self-help authors offered a way out. Gurus like Napoleon Hill (Think and Grow Rich), Dorothea Brande (Wake Up and Live!), and Dale Carnegie (who, born Carnagey, blithely renamed himself to imply a family connection to the country’s leading industrialist), presented material success as the result of the desire to succeed, and failure as proof of its lack. Only losers cared that the logic was circular.

Softening this rather brutal success-oriented brand of self-help were the writers who encouraged readers to be content with what they had, such as Lin Yutang, a prolific Chinese author who moved to the U.S. in the mid-1930s. He became known for bestsellers like 1937’s The Importance of Living, which peddled fantasies about the supposed wisdom of preindustrial cultures. Today, we see vestiges of this gratitude-oriented path to personal happiness online, in Instagram and Pinterest’s troves of inspirational quotes. Money is a dirty word in this blissed, #blessed arena.

Why has this private, personal emotion gained so much public importance? In the 19th century, captains of industry worried about the toll that repetitive physical labor would eventually take on a worker’s body. Today, in the “knowledge economy,” they worry about the gradual depletion of mental productivity—the creeping of boredom, apathy, pessimism and absenteeism among workers that in turn threatens a company’s bottom line.

When an employee is unhappy at work, it stands to reason that one of two things is fundamentally at fault: the employee or the work. The happiness industry exonerates capitalism. It’s not that the job is underpaid, the hours unreasonable or the product pointless. It’s that the employee is just unhappy. She should be encouraged to eat better, exercise and practice mindfulness. Or, if those things fail, seek a pharmaceutical remedy. In the American Psychiatric Association’s 1980 revision of the Diagnostic and Statistical Manual of Mental Disorders, the number of “official” forms of mental illness ballooned by more than half, followed by a similar rise in the number of antidepressant drugs approved to treat them.

Then, of course, there’s “retail therapy,” based on the hope that money really can buy happiness. The British economist William Stanley Jevons theorized that the value of a commodity might lie in whether we believe it will make us happy, rather than in any inherent quality, such as the labor that went into producing it. The supposedly objective capitalist market was suddenly transformed into a “vast psychological audit.”

But what makes us happy? Ask someone and they will most likely answer with fuzzy metaphorical language rather than quantifiable data. For treatment purposes—such as getting a miserable, unproductive patient back to work—such narratives are time-consuming and scientifically useless. Nor are they much help to marketers: Any viewer of Mad Men is familiar with the idea that ads work best when they appeal to the desires we didn’t even know we had.

It’s not just advertisers who want to tap into the secrets of what really drives us to act (that is, to spend). We want to know for ourselves. Is it possible that we could be happy—or unhappy— without knowing it?

Jeremy Bentham, the father of utilitarianism, believed that if happiness could be dispassionately gauged—perhaps by pulse rate—it would provide a clear guide for public policy. Spurred on by the marketers of Fitbits, we now seem to have returned to this farfetched idea. The Fitbit device, worn as a bracelet, monitors all kinds of physical processes—blood pressure, sleep cycle, heart rate, distance walked—and purports to provide clues to our wellbeing. We’re encouraged to become our own lab rats, while behind the maze, big data companies gather as much as they can to build up the bigger picture.

Data collection, Davies argues, has always been a somewhat shadowy and coercive practice, with many landmark psychological studies founded on the assumption that subjects should not understand exactly what they’re being asked to do, or why. So his objections to rampant social-media data gathering focus less on the ethics of surveillance than on the underlying assumption that human beings are always unreliable judges of their own happiness. It’s true that how happy people say they are can be affected by cultural and other prejudices. Yet if we want to arrive at a richer understanding of this elusive emotion, Davies urges, it’s our words that matter, not our Facebook “likes” or workout stats.

The modern happiness industry, as Davies explains it, encourages us to monitor our bodies and minds to the point of obsession. But by shuttling between quasi-spiritual mindfulness and quasi-scientific measurement, we shut out the social dimensions of happiness. To Davies, the entwined history of capitalism and psychology “ends up blaming—and medicating— individuals for their own misery, and ignores the context that has contributed to it.”

It may well be easier to change our attitudes than our circumstances. But unhappiness has power, too, if we treat it not as a disorder to be medicated but as the root of political critique that may push us toward improving society. Asked out of genuine respect and concern, “Are you happy?” can be a source of empowerment—if the answer, in the subject’s own words, is trusted and heard.